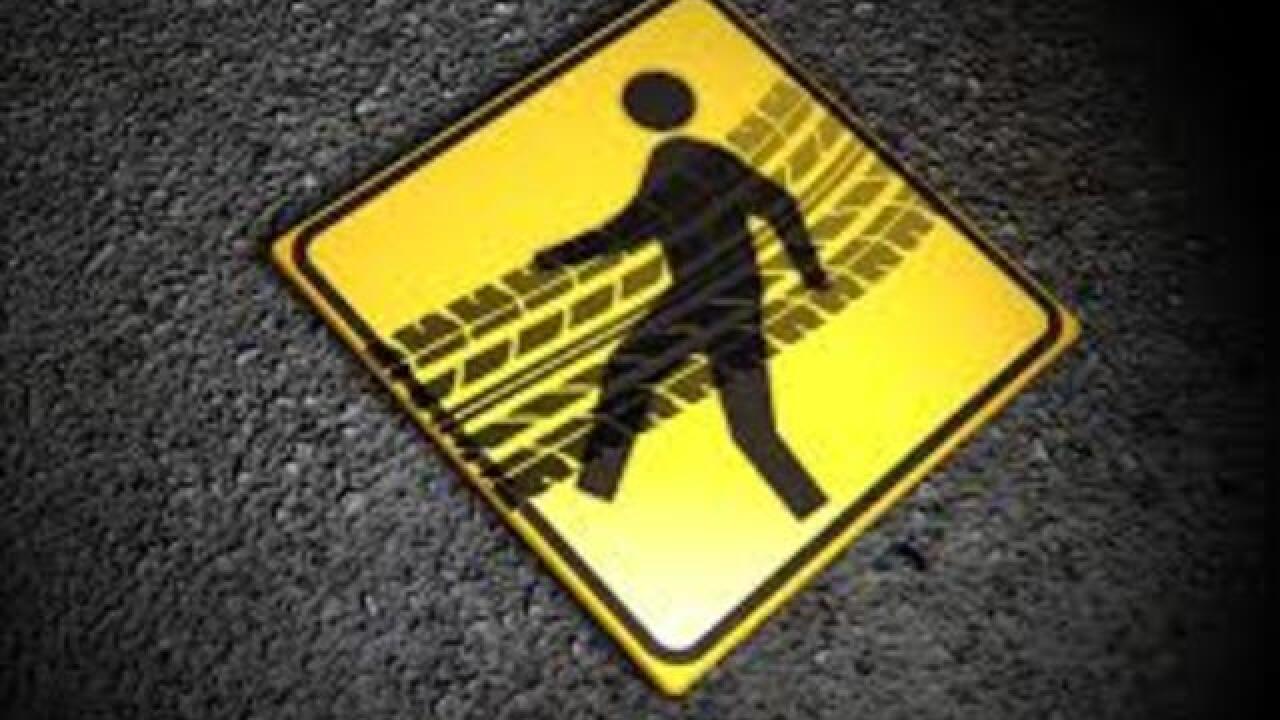 List of pedestrians killed in Las Vegas valley in 2019.

Las Vegas police say a woman is dead after she was hit by an SUV near Pecos Road and Harmon Avenue while crossing the street on Dec. 18. Police say the vehicle did not stop and they are searching for the driver.

An elderly man in a motorized cart was killed by an armored vehicle at a WinCo Foods parking lot near Decatur Boulevard and Tropical Parkway on Dec. 17, according to police.

Las Vegas police say one person is dead after they were hit by a car while trying to cross the street near Boulder Highway and Flamingo Road on Dec. 15.

A 39-year-old female was struck and killed as she was running across Desert Inn Road near Topaz Street on Dec. 9.

Nevada Highway Patrol says a person is dead after an being hit by a vehicle on US-95 at Clark County Mile Marker 31, near Searchlight, on Nov. 25. The person has not been identified at this time.

Pablo Serrano, 20, was killed on Oct. 26 near Sahara Avenue and Nellis Boulevard.

Colin Hall, 74, was killed after he was struck by a vehicle while crossing the street outside of a marked crosswalk at Buffalo Drive and Trinity Peak Avenue on Oct. 23.
Lovely Guance, 63, was killed near Camino Al Norte and West Ann Road on Sept. 18.

Michael Anthony McVoy was killed Sept. 10 in the 5300 block of Tropical Parkway.

A man from Texas died on Aug. 2 after being hit by a car on July 30 while trying to cross Spring Mountain Road near the I-15, authorities say.

A woman died on July 11 after being hit by a car on Flamingo Road near Sandhill Road.

A woman died after being hit on May 22 near Ogden and Main Street.

A pedestrian is dead after being struck by a car driven by an off-duty Las Vegas police officer on May 20 near Decatur and Sahara Avenue.

A man is dead after being hit by a car while traveling in the bicycle line on a motorized wheelchair near Boulder Highway and Sunset Road.

One man is dead after a hit-and-run crash shortly before 5:50 a.m. at N. El Capitan Way and Horse Drive, near Floyd Lamb Park.

One person is dead after trying to cross the street at Jones Boulevard and Palmyra Avenue (near Desert Inn Road) on May 2. Police say they were not in a crosswalk.

A 74-year-old man is dead after being hit near Paradise Road and Elvis Presley Boulevard on April 23. He was not in a crosswalk.

A person is dead after trying to cross the street on a bicycle shortly before 10 p.m. on April 17 near Pecos Road and Tropicana Avenue.

A man and his dog were killed by someone who may have been driving under the influence on April 13 near Kimberly and Steptoe avenues.

A pedestrian was killed in a wheelchair while attempting to cross the street near Tropicana Avenue and Decatur Boulevard. The pedestrian was struck by a motorcycle on April 12.

A 76-year-old woman and her dog were killed near Washington Avenue and Valley View Boulevard on April 10.

A pedestrian was killed April 7 near Lamb Boulevard and Sunrise Avenue.

A woman is dead after being hit by a car while trying to cross the street near Charleston and Nellis boulevards just before 11:30 p.m. on April 3.

One woman is dead after after she and a man were hit by a car while crossing a street in Henderson, near Texas and Atlantic avenues around 11 p.m.

One man is dead after being hit by a car on a highway in Las Vegas, according to Nevada Highway Patrol. The crash happened around 1 a.m. on I-15 northbound just over the Desert Inn over pass.

A juvenile was killed and another injured in a crash at Fort Apache Road and Maule Avenue just after 3:30 p.m. on March 25.

A man was hit and killed on March 12 near Main Street and Owens Avenue.

49-year-old Jeffrey Pieters died several days after being struck by a bus March 2 on the Las Vegas Boulevard.

A man was hit and killed on Jan. 2 near Charleston Boulevard and Christy Lane.

A pedestrian was hit by a semi-truck near Flamingo Road and Buffalo Drive on Feb. 7.

A female pedestrian was hit near intersection of Decatur Boulevard and Alta Drive on Feb. 7. Woman was in crosswalk but crossing against the light.

A woman in a wheelchair was hit and killed by a bus on Feb. 9 near Las Vegas Boulevard and Civic Center Drive.

A woman was killed by a bus near Krueger Drive and Koval Lane on Feb. 14. The bus driver was arrested.

A male pedestrian was killed Feb. 14 near West Twain Avenue and South Jones Boulevard. Police say he was walking in travel lane.

A pedestrian was killed Feb. 20 near Sahara Avenue and Interstate 15.