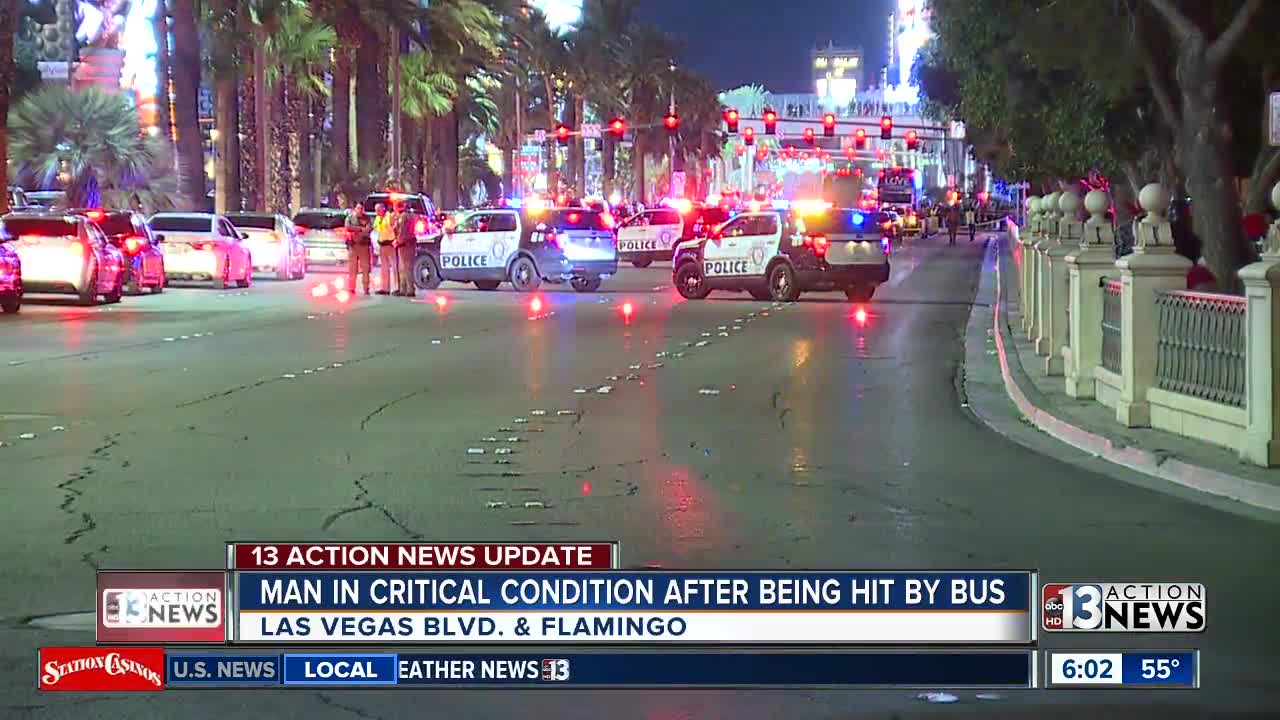 11 P.M.
58-year-old Anthony Earl Reed is missing. He was last seen around 5 p.m. near the apartments in the 2600 block of East Deer Springs Way in North Las Vegas. Reed has serious health problems, according to his family. He was last seen wearing a brown crew-neck sweater, brown sweat pants, royal blue beanie and white Nike shoes.

9:59 P.M.
A male pedestrian was hit by a bus on the Las Vegas Strip. It happened shortly before 10 p.m. The man was transported to hospital in critical condition. Preliminary report indicates man not in crosswalk.

UPDATE MARCH 12: The man who was hit by the bus on the Las Vegas Strip has died. He has been identified as 49-year-old Jeffrey Pieters from Reno. Police say that he was standing between the right turn lane and right most travel lane on Las Vegas Boulevard when he fell into the bus' path of travel. His death was the 19th traffic-related fatality for 2019.

9:45 A.M.
Henderson police are looking for a man that robbed the Chase Bank at 4200 East Sunset Road this morning. Police say the man approached a teller window and showed a note demanding cash. No weapons were seen and the man was given an undisclosed amount of cash before feeling on foot. The suspect was described as a black male adult standing approximately 5-feet 9-inches to 5-feet 11-inches tall, weighing about 170 pounds, with a beard and mustache, wearing wire rim sunglasses, white t-shirt, a reflective yellow construction vest, black pants, and black shoes. Anyone with information in this case is urged to call the Henderson Police Department at 702-267-4911, 311, or to remain anonymous call Crime Stoppers at 702-385-5555 or visit the Crime Stoppers website.