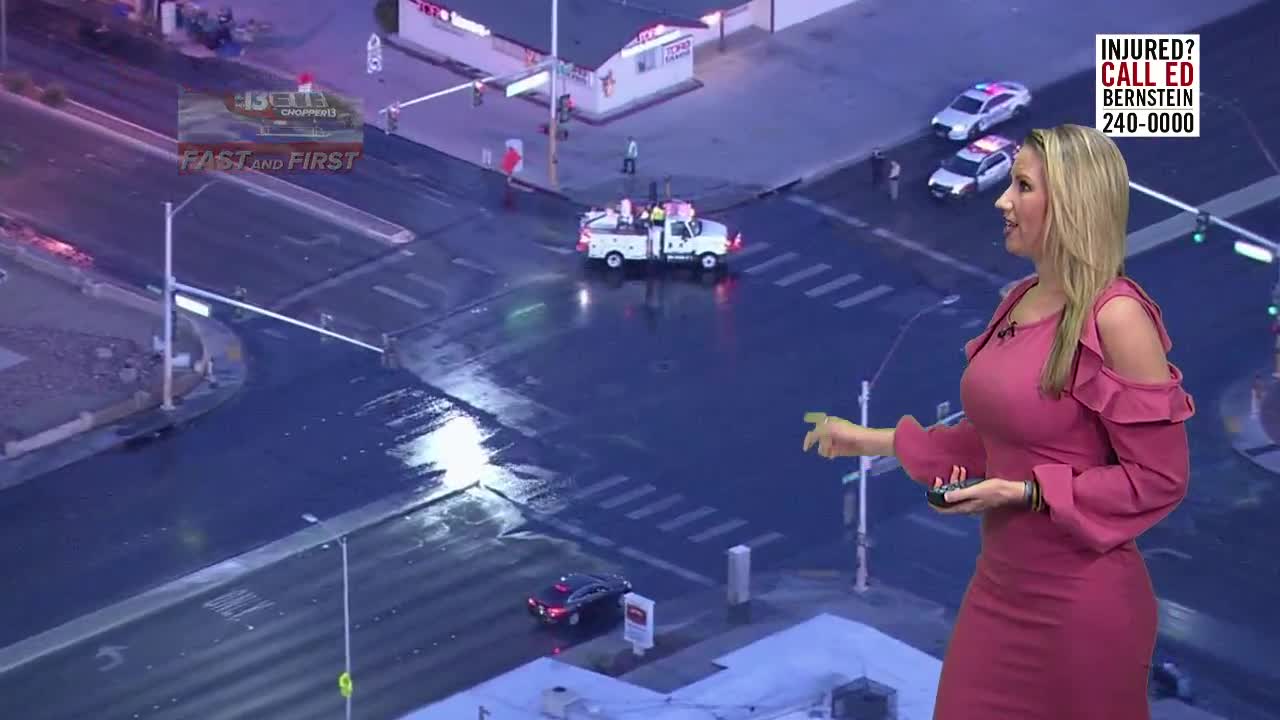 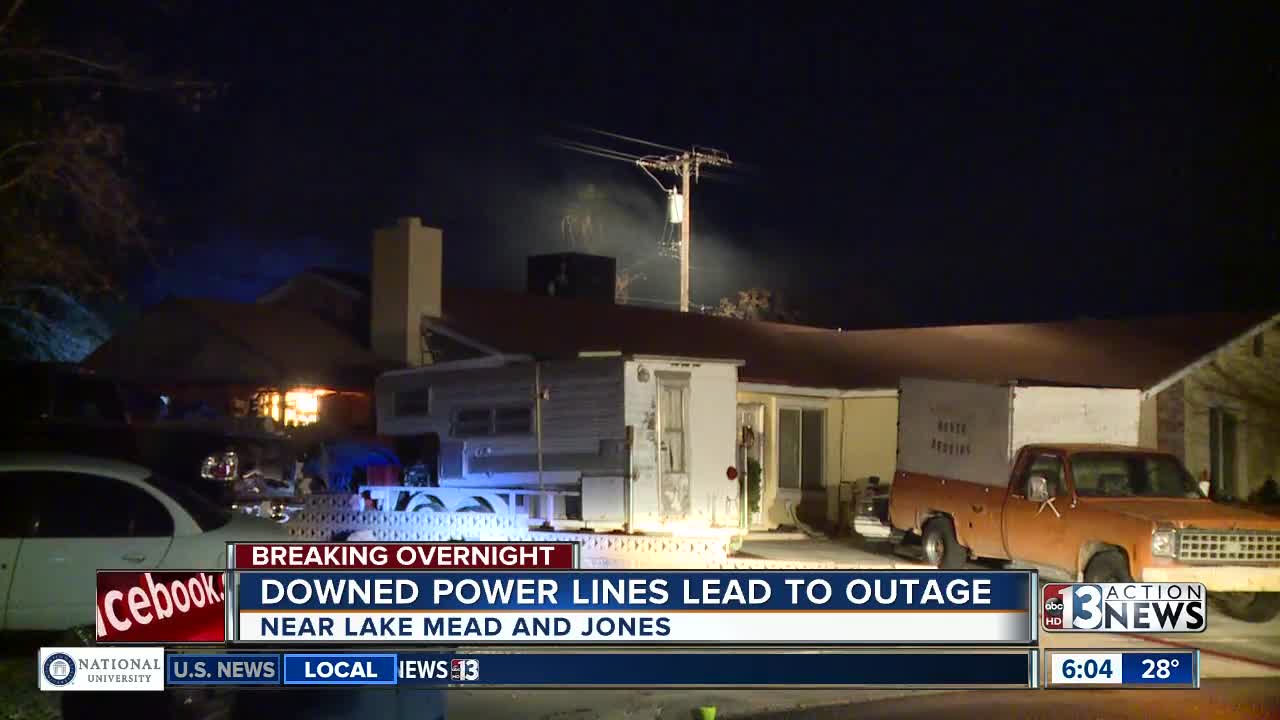 Las Vegas police are investigating a fatal crash involving a pedestrian at the intersection of Charleston Boulevard and Christy Lane. A man was hit and killed by a car at that location with initial reports stating impairment was not a factor in the collision. Road closures were also in place for the on-scene investigation.

Multiple fire crews responded to a structure fire at 2850 N. Nellis Boulevard, south of Cheyenne Avenue. Initial reports had an RV on fire inside a building at that location. No injuries were reported as fire crews battled the blaze but a second alarm was requested for further assistance along with road closures at the scene.

Power still has not been restored to customers near Lake Mead and Jones boulevards. Estimated time of restoration is now 9:15 a.m.

There is a water break near intersection of St. Louis and Maryland Parkway. Drivers should use caution.

About 87 customers are without power near Lake Mead and Jones boulevards after several power lines came down. Some trees also caught fire during the incident. Power is expected to be restored by 7 a.m. Click here for outage map.