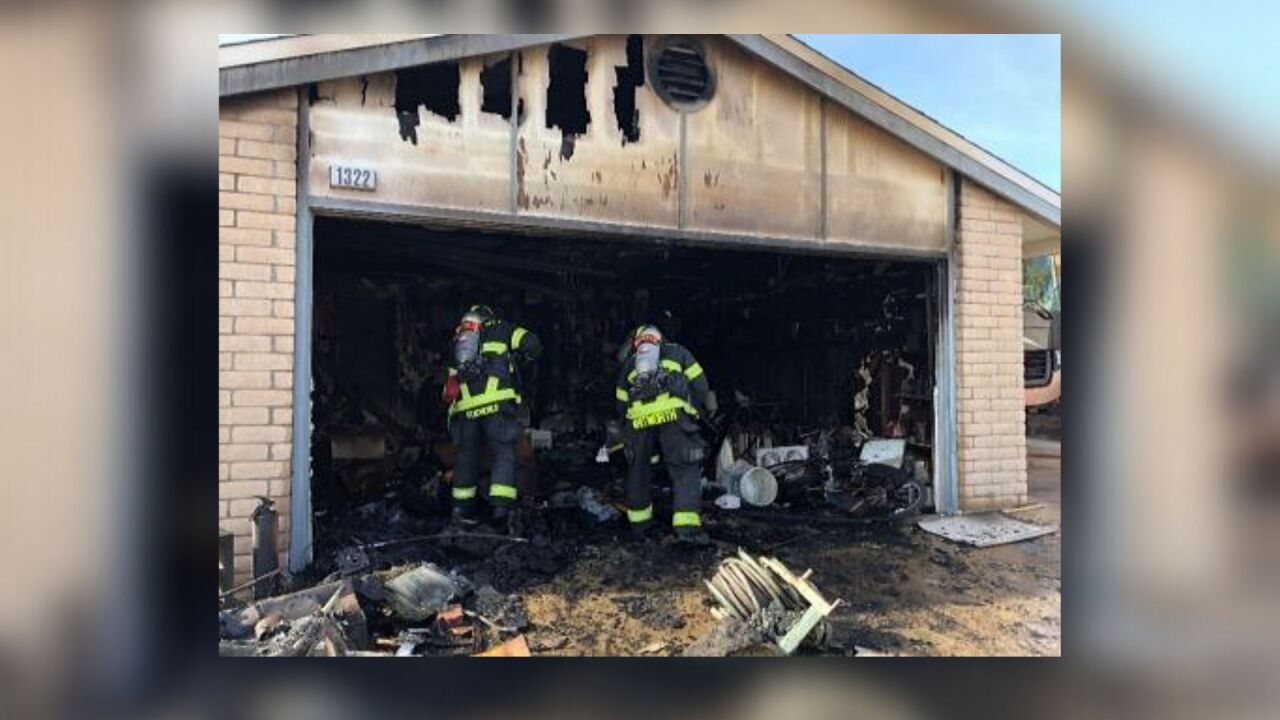 UPDATE (1/1/2020):
A crash occurred near West Desert Inn and South El Capitan Roads when a 2016 Kia struck the rear-end of a 2020 Tesla that had stopped for an emergency vehicle to pass. The driver of the Kia later died on Dec. 29 as a result of the crash and has been identified as 69-year-old William Andress.

UPDATE 9:30 P.M.
Lanes are open again on I-15 near Russell after being closed for several hours while police investigated a shooting involving an off-duty officer. Authorities say the officer was shot at by another driver on the interstate but was not hit by gunfire.

7:04 PM the I-15 is crawling by the off ramp closure of Russell/Tropicana following this incident. @KTNV https://t.co/kjX53FaGwR pic.twitter.com/sCi5PEoFQC

6:34 P.M.
Las Vegas police say a woman was stabbed in the abdomen after a man tried to steal her purse at the Premium Outlet Mall shortly before 5 p.m. She was transported to UMC Trauma with non life-threatening injuries. Police say the suspect is still outstanding. The incident remains under investigation.

UPDATE 6:10 P.M.
Las Vegas police say a driver on the Interstate 15 attempted to cut off another vehicle driven by an off-duty police officer. The incident escalated and that driver shot a gun into the vehicle of the off-duty officer, who was not hit. Authorities say the shooter did not get very far and was brought into custody after rear-ending a bystander near Russell Road. Police say nobody was seriously hurt during the incident. The shooting remains under investigation.

UPDATE 5:30 P.M.
Police say they are investigating a shooting on the I-15 near Russell Road. Officials are set to update the media on the incident soon. Watch the full update below.

#DEVELOPING Police say they are investigating a shooting on the I-15 near Russell Road. Officials are set to update the media on the incident soon. Watch a #livestream of the #update once it begins here: https://t.co/DVw4SmRixU pic.twitter.com/tSYlGGIeSn

4:30 P.M.
Las Vegas police say the department received reports of an off-duty officer needing assistance due to an incident on the I-15 and Russell Road. One person has been taken into custody, police say. No other details were immediately available. 13 Action News has a crew on the way, check back for details.

10 A.M.
The Boulder City Fire Department responded to a garage fire at a home on Esther Drive. One person was taken to the hospital with minor smoke inhalation as a precaution another another was able to escape uninjured. Investigators believe a faulty lithium battery charger inside the garage sparked the fire.

7:15 A.M.
Henderson police say they are working an incident on the northeast corner of Major Avenue and South Boulder Highway. They are asking the public to avoid the area. They are calling it an "active scene."

4:47 A.M.
Police are investigating a hit-and-run collision near Las Vegas and Elvis Presley boulevards. A tow-truck is on the scene. One northbound lane closed because of construction.

OVERNIGHT
Police say a 39-year-old female was killed when she was hit by a car as she was running across East Desert Inn Road near South Topaz Street. Another person with the woman was not injured. The 71-year-old male driver stayed on the scene and did not display any signs of impairment. This is the 39th traffic-related fatality in Las Vegas for 2019.