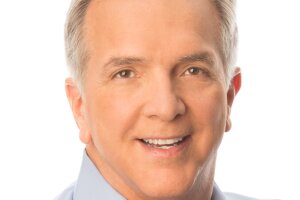 Unless you’ve moved to Las Vegas in the last two years, Dave Courvoisier is likely a familiar face to you.

Since 1985, Dave has worked in Las Vegas media outlets as a TV News Anchor, and is probably best known for his work featuring adoptable foster children in Wednesday’s Child weekly stories.

Dave has always been active in local service organizations like Big Brothers Big Sisters and CASA, and was instrumental in bringing Boys Town to Las Vegas in 1989.

Dave is a Midwesterner originally, and still maintains a farm in Illinois with his sisters, where they all grew up. For the last 35 years, though, Las Vegas has been his adopted home.

Dave and his wife of 37 years have 3 daughters.