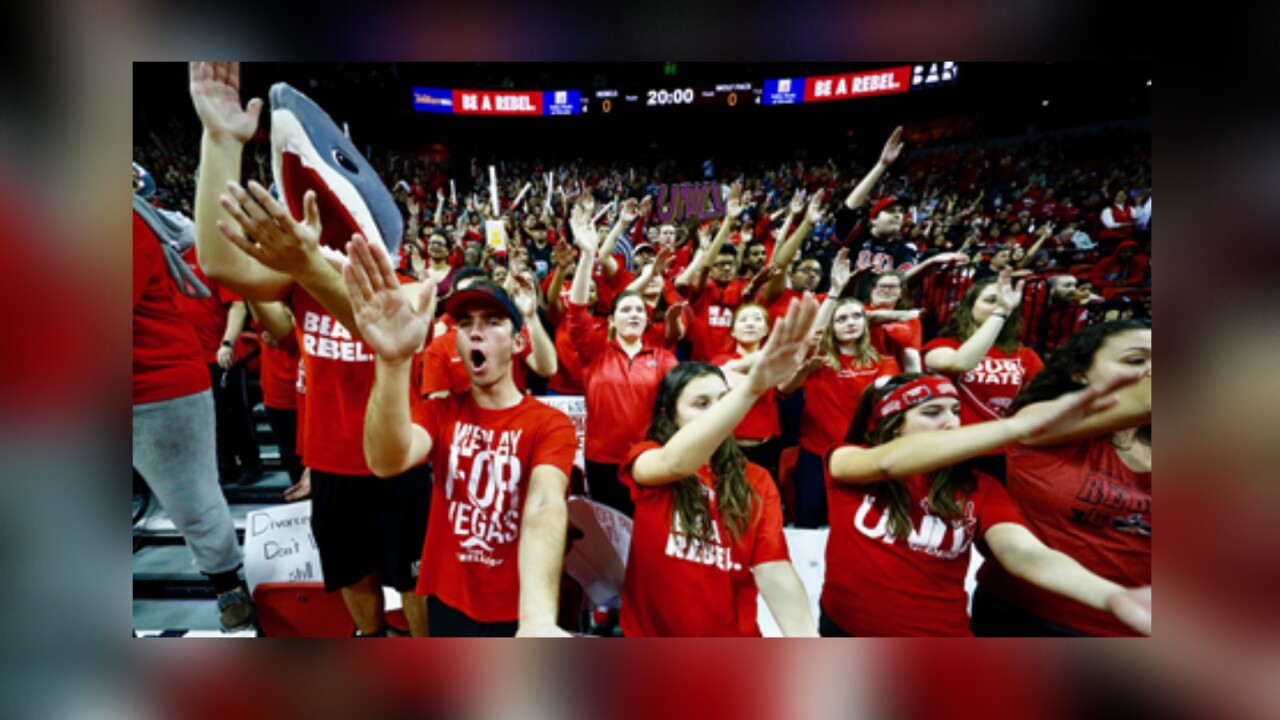 A few of the main changes will be a more significant student presence behind both baskets, the relocation of the student band and the introduction of the new Courtside Club - an area for Rebel Athletic Fund Loyalty Circle members.

"We are looking forward to opening the new Courtside Club area, which will provide a new level of high-end hospitality located very close to the court," said UNLV Director of Athletics Desiree Reed-Francois.

For many years, an auxiliary media section has been located behind the basket on the visitors’ end of the court. The school’s pep band will now occupy that area along with members of UNLV’s student group - The Rebellion.

“In meeting with and listening to our students throughout this past year, we wanted to showcase their energy and place them on both sides of the court,” Reed-Francois said.

Because the visiting team shoots free throws at that basket during the second half of games, this change is expected to create an improved competitive advantage for the Runnin’ Rebels.

“We could not be more excited to be in a position to make a difference in games next season, and the fans in the Thomas & Mack Center should expect a new, re-engaged, student section,” said Devin LeFave, President of The Rebellion.

The Courtside Club will also debut in the lower part of sections 108, 109 and 110. According to UNLV athletics communications, there are several ways fans can become a Loyalty Circle Member that include purchasing season tickets in Lower Bowl 1 or Gucci Row.

"These changes will improve our home court advantage and positively impact our fan experience as our extremely spirited students, and the band will have a greater impact on the game moving forward," Reed-Francois said.

Media members attending the game will now be moved to near the top of the lower bowl of the arena, directly across from the visitor’s bench, with the large student section (110, 111, 112) will mostly remain unchanged.