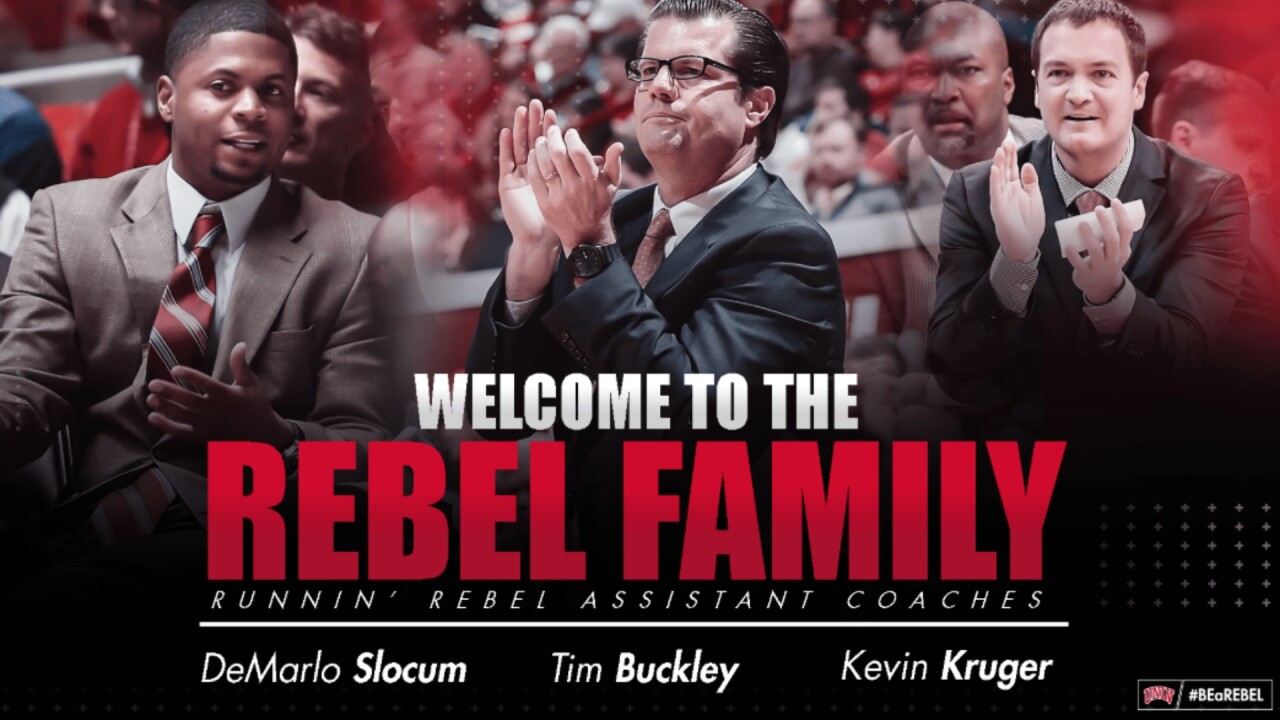 Tim Buckley, Kevin Kruger, and DeMarlo Slocum have all been hired as assistants for the Runnin’ Rebels.

All three assistant coaches come to UNLV with experience at the highest levels with a proven track record of developing student-athletes and advancing in the NCAA Tournament, according to a news release about the coaching additions.

“I am extremely pleased with the coaches that we recruited to join our program,” Otzelberger said. “Each one has top-notch experience at schools that have made multiple NCAA Tournament appearances, and they are all experts in player development. Tim, Kevin and DeMarlo embody the attributes that we will look for in recruits and understand the work that is necessary to elevate the Runnin’ Rebel program.”

Buckley has served as a scout with the NBA’s Minnesota Timberwolves for the last two years and was previously at Indiana under Tom Crean as an assistant coach before being promoted to associate head coach.

During his nine years in Bloomington (2008-17), the Hoosiers were nationally ranked, won Big Ten championships, made multiple NCAA Tournament runs, recruited McDonald’s All-Americans and developed All-Americans who went on the NBA, including 2013 National Player of the Year Victor Oladipo.

Buckley played collegiately at Waubonsee Community College in Illinois and then at Bemidji State, where he earned bachelor's and master's degrees.

Kruger has UNLV ties already as he was the point guard on the Rebels 2007 NCAA Tournament Sweet 16 appearance team as a senior under his father, former Runnin’ Rebel head coach and current Oklahoma head coach Lon Kruger.

Kevin returns to Las Vegas after spending the last three years as an assistant coach for the Sooners as Oklahoma made multiple NCAA Tournament appearances.

Kruger was also an assistant coach at Northern Arizona for two seasons (2014-16) following a year as a graduate assistant at Oklahoma. Before making a move into coaching, he played professionally from 2007-13.

Slocum, a Las Vegas native, comes to UNLV after serving as an assistant coach at Utah for the past eight years, which included multiple NCAA Tournaments and a total of seven postseason appearances. He was also instrumental in the development of three NBA First Round Draft Picks while at the Pac-12 school. He is an Eldorado High School graduate and former head coach of the Las Vegas Prospects AAU team.