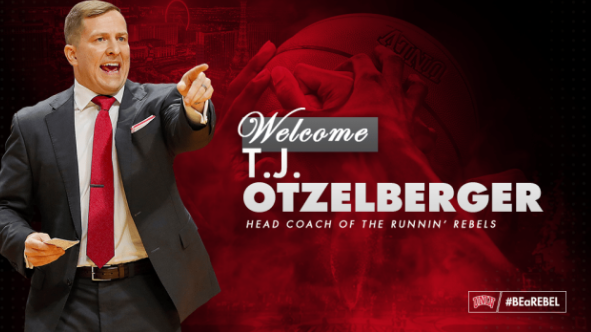 T.J. Otzelberger has been appointed the new head coach of the UNLV’s men’s basketball program. 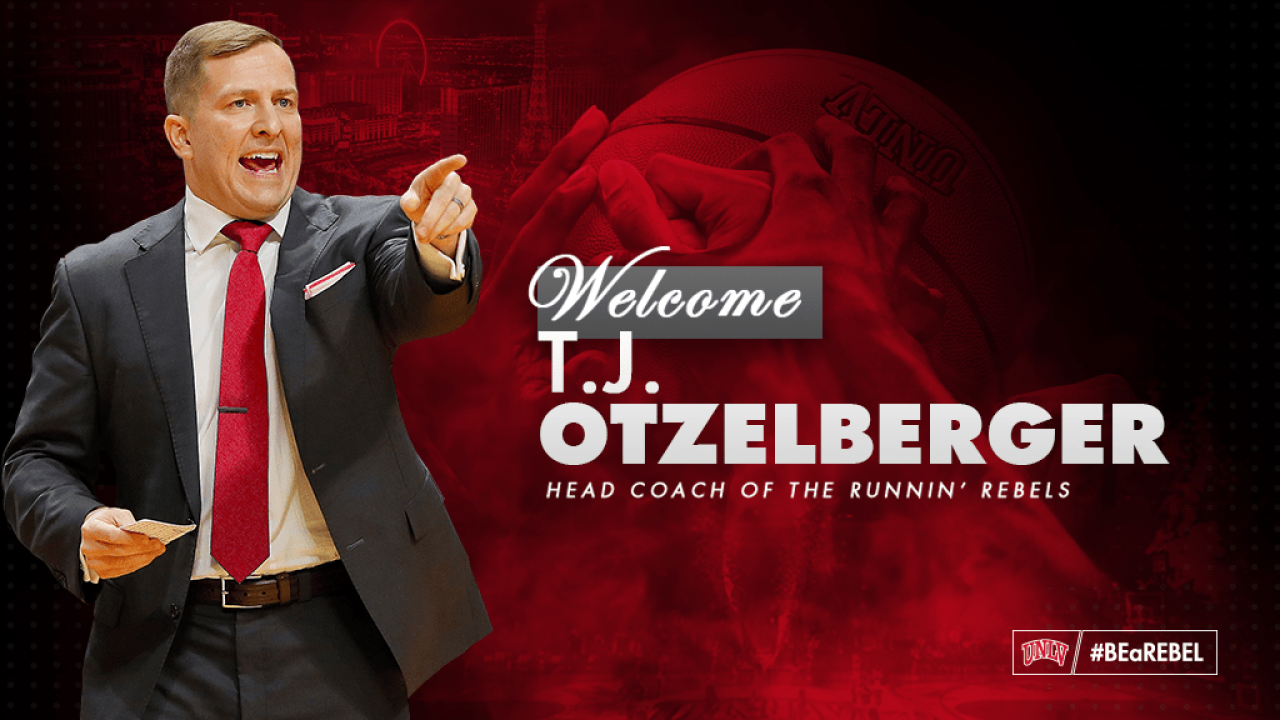 Otzelberger comes to UNLV after most recently serving as head coach at South Dakota State University, leading the Jackrabbits to two NCAA Tournaments and one NIT appearance in his three years at the helm.

The new coach will be formally introduced to the Las Vegas community on March 28 at 2:00 p.m. in Thomas & Mack Center’s Strip View Pavilion.

“When I set out to find the next coach of our Runnin’ Rebels,” Reed-Francois said, “I sought a hard-working, laser-focused head coach who personifies our core values; who knows what success looks like; who is passionately committed to winning; and who is at ease with being the face of our storied basketball program. T.J. exemplifies these attributes. I am confident he is the right coach to bring the Runnin’ Rebels into a new era of preeminence and we welcome T.J., Alison, Jayce, Olivia, and Stella to the UNLV Family.”

Otzelberger lifted the program at South Dakota State to new heights during his three year tenure (2016-2019), where he compiled an overall record of 70-33, led the Jackrabbits to three straight postseason appearances, clinched the outright regular season Summit League title the past two seasons, and earned the league’s Coach of the Year honors.

Prior to SDSU, Otzelberger served two separate stints as an assistant coach at Iowa State, covering eight seasons, as well as serving as an assistant at the University of Washington.

“I have been fortunate to coach at some amazing universities and it was going to take a very special opportunity to leave Brookings,” Otzelberger said. “UNLV basketball is one of the most storied programs in the nation and situated in one of the world’s greatest cities. I’m honored to have the opportunity to add to the Runnin’ Rebels’ rich history and my family and I could not be more proud to be the newest members of this world-class university and Las Vegas community.”

A native of Milwaukee, Wisconsin, Otzelberger earned a degree from the University of Wisconsin-Whitewater where he played collegiately and was a two-year team captain.

“Coach Otzelberger is a rising star in coaching and a proven winner whose teams have performed at a high level, both academically and in competition,” said UNLV President Marta Meana. “I’m impressed by Coach Otzelberger’s immediate and long-term vision for the program and his commitment to player development at all levels. Runnin’ Rebel basketball has a rich history and a very bright future, and we look forward to welcoming Coach Otzelberger and his family to UNLV.”