2020 is shaping up to be a pivotal year for Las Vegas’ future, and for local leaders, the goal is clear: transform the valley into the entertainment and sports capital of the world. 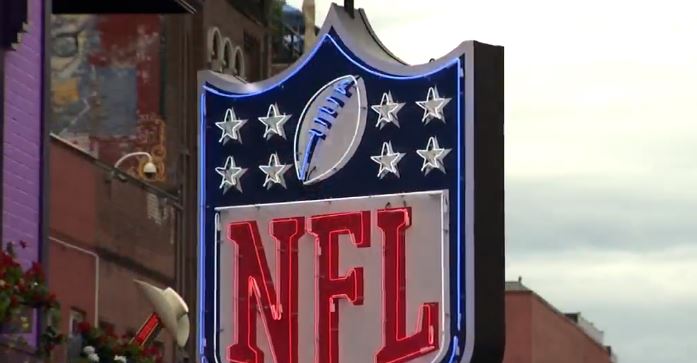 LAS VEGAS (KTNV) — 2020 is shaping up to be a pivotal year for Las Vegas’ future, and for local leaders, the goal is clear: transform the valley into the entertainment and sports capital of the world.

The league’s chief executive gave his perspective as the valley is on the verge of becoming an NFL city.

“There’s nothing that binds a community together like a sports franchise,” Goodell said.

The commissioner pointed to the Vegas Golden Knights as proof. He also said the Raiders would play a pivotal role in taking Las Vegas to the next level.

For years, the idea of an NFL team in the valley was unthinkable, but Goodell said the league now sees an opportunity, which is why owners approved the Raiders relocation to Las Vegas back in 2017.

“It was a city on the rise,” Goodell said. “[Las Vegas] wanted to see a sports franchise here, and we [also] wanted that true home stadium for the Raiders.”

The valley’s jump into the professional sports world draws comparisons to the mega-resort boom of the ‘90s and early 2000s.

Venues like T-Mobile Arena and Allegiant Stadium have become pillars of the future.

So, what could solidify Las Vegas’ ambitions of becoming the sports capital of the world? To one day host arguably the biggest game in all of the sports.

“This city knows how to host big events,” Goodell said. “[Las Vegas has] the infrastructure, which is why it’s a Super Bowl city.”

The Raiders and local leaders have already expressed the desire to host the Big Game in the future - all that’s left is to put together a bid.

Goodell also opened the door to the valley hosting the league’s All-Star Game, which is being held in Orlando this year.

“I think [Las Vegas] would be a great place to host the Pro Bowl,” Goodell said.

First, officials are gearing up to host the NFL Draft on April 23-25, which could draw hundreds of thousands of NFL fans to the valley.

RELATED: 2020 NFL Draft will air on ABC in April

Clark County Commissioners are expected to vote on whether or not to approve plans for the NFL Draft on Tuesday.