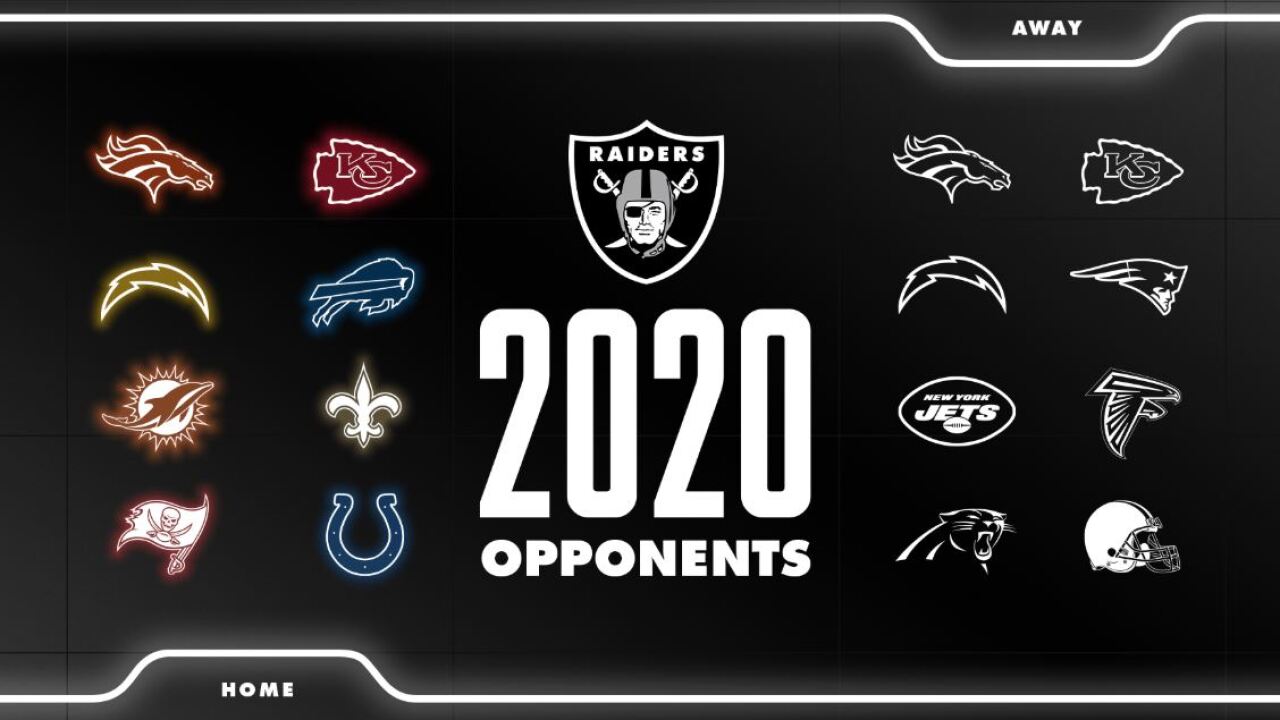 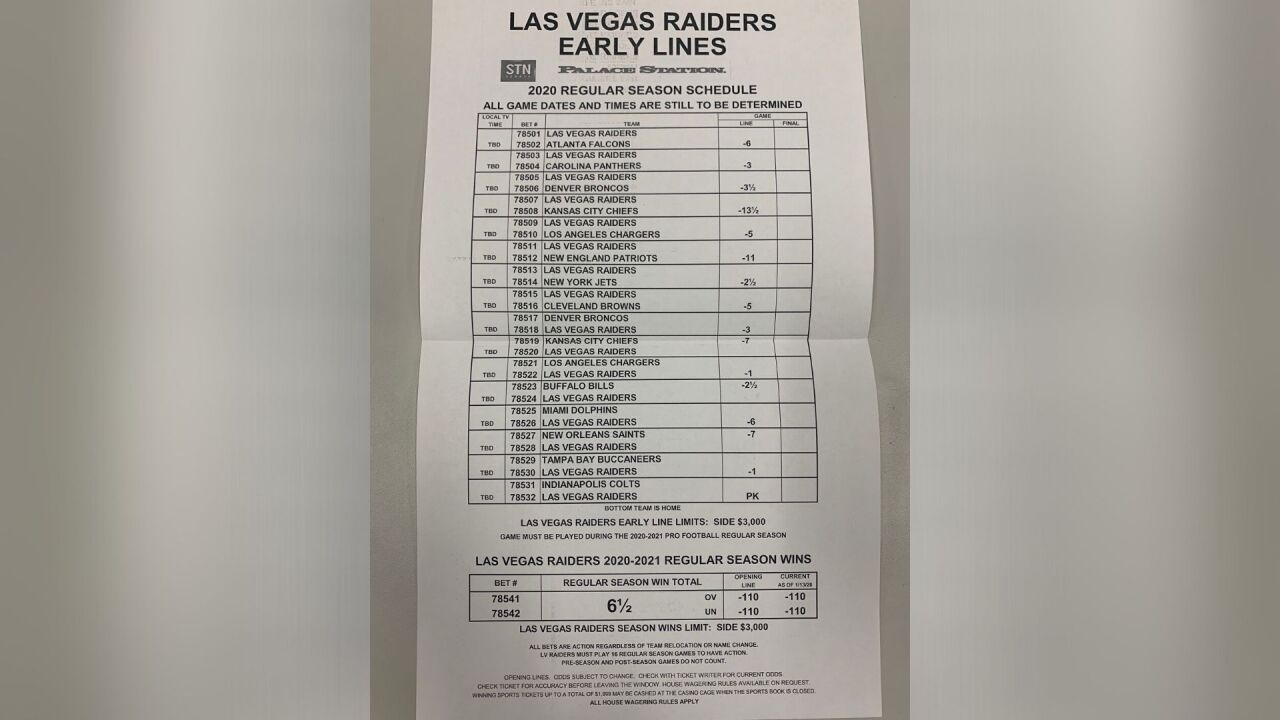 Station Casinos have posted early betting lines on all of the 2020 Raiders regular-season games in its sportsbooks.

The matchup dates for the season are still pending, but the National Football League did release the Raiders scheduled opponents, as the team makes it move from Oakland to the Silver State.

Oddsmakers with Station Casinos set the 2020 regular-season win total for the Silver and Black at 6.5 while opening the team as favorites in four contests.

Here are the early opening betting lines included on the wagering menu with dates and times still yet to be determined: