NFL Commissioner Roger Goodell visited the Allegiant Stadium under construction this week and had many nice things to say about the stadium. 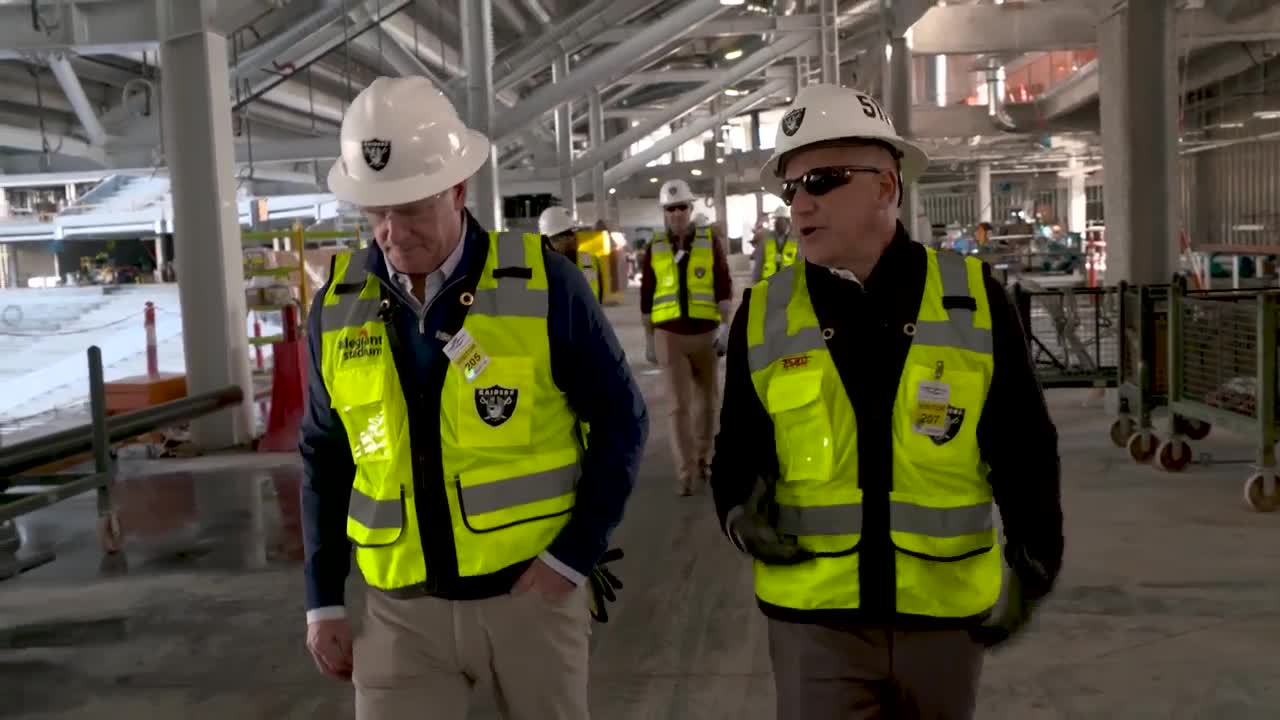 LAS VEGAS (KTNV) — NFL Commissioner Roger Goodell was in Las Vegas on Dec. 5 to take a tour of the future home of the Raiders.

Allegiant Stadium is located near the Las Veas Strip. It will seat 65,000 and will feature a retractable grass field and an roof that will allow sunlight into the stadium. The cost of the stadium has been estimated at $2 billion and will have a "billion dollar view."

Despite rumors of problems, Don Webb, chief operating officer for Allegiant Stadium, told 13 Action News in early November that the stadium is on track to be completed before next year's football season.