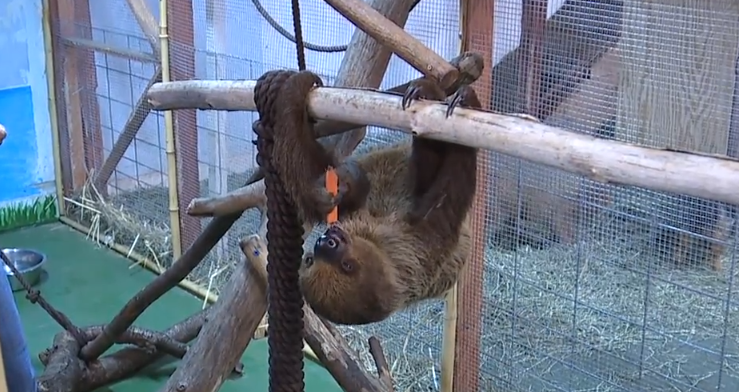 Another animal death at SeaQuest has activists demanding a federal investigation.

Another animal death at SeaQuest has activists demanding a federal investigation.

PETA sent a letter to the USDA alleging improper handling of a young sloth named Flash who died after less than a year at the Boulevard Mall location in Las Vegas.

Veterinary records show the sloth died on July 30 following a history of weakness, twitching and a lack of appetite.

The necropsy also showed the animal was very thin at the time of his death.

The interactive aquarium has been the subject of numerous previous 13 Investigations.

Another SeaQuest in Colorado had its license suspended after a sloth was injured twice.

SeaQuest did not immediately return a request for comment from 13 Action News.