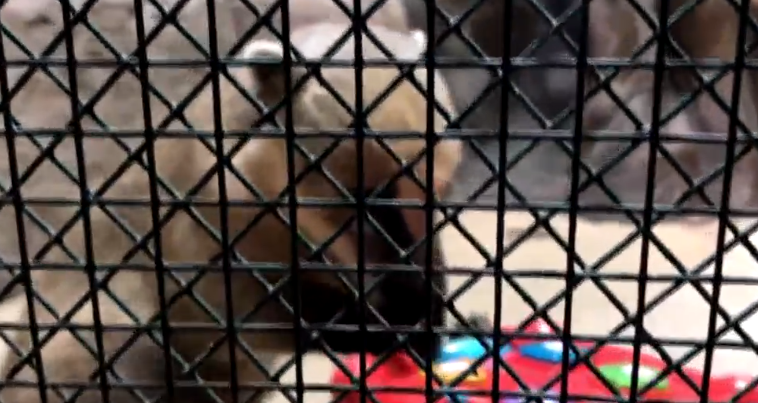 Colorado Parks and Wildlife officials have suspended the license of the SeaQuest Interactive Aquarium at a Jefferson County mall after dozens of complaints and reports of injuries at the facility since it opened last summer. 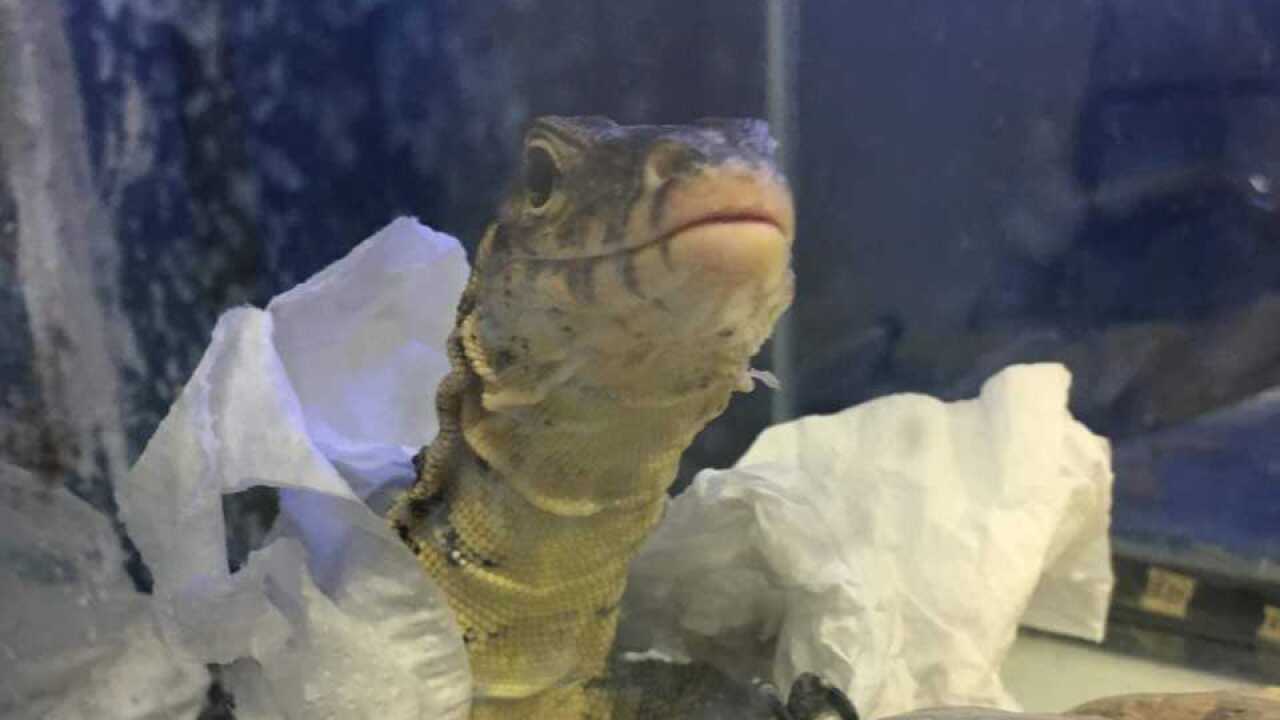 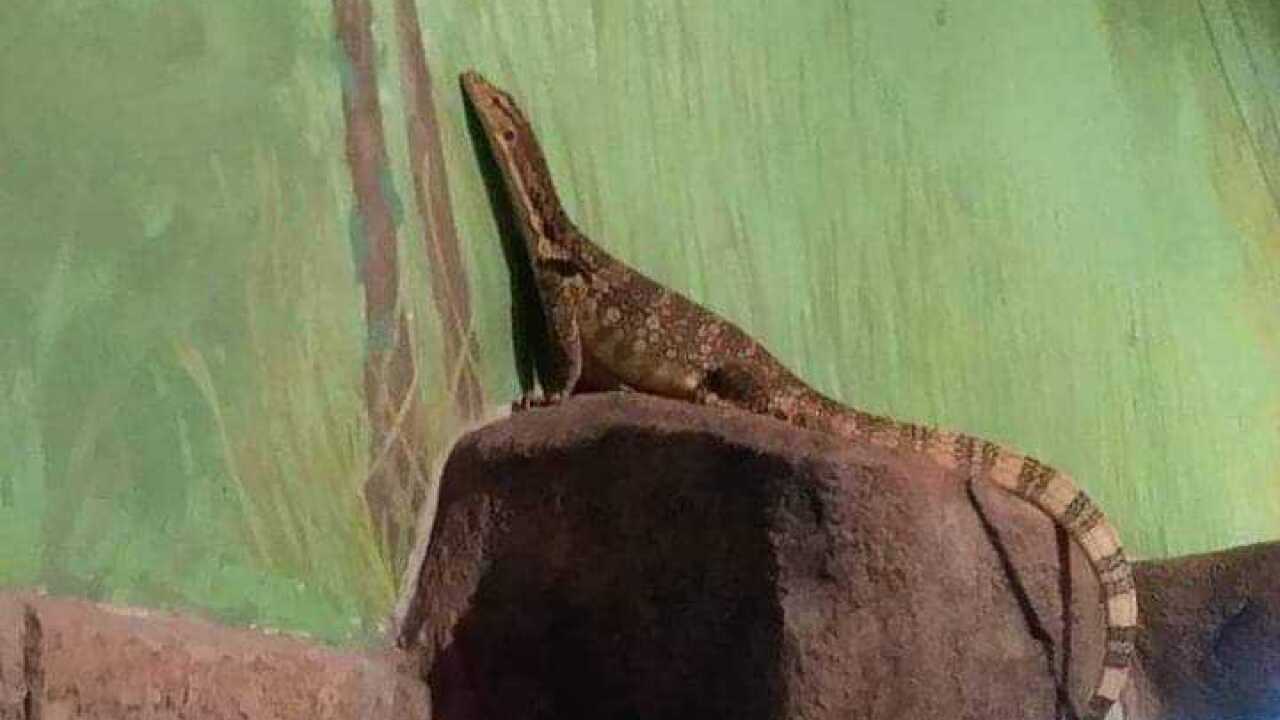 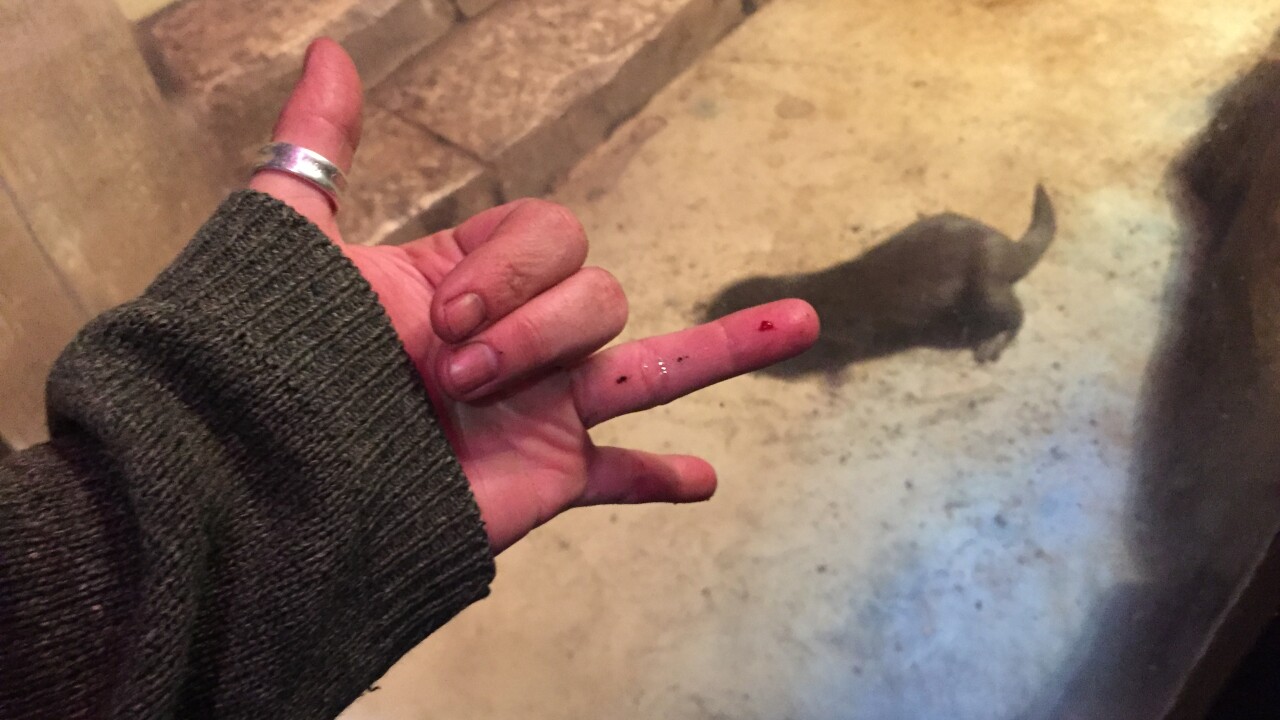 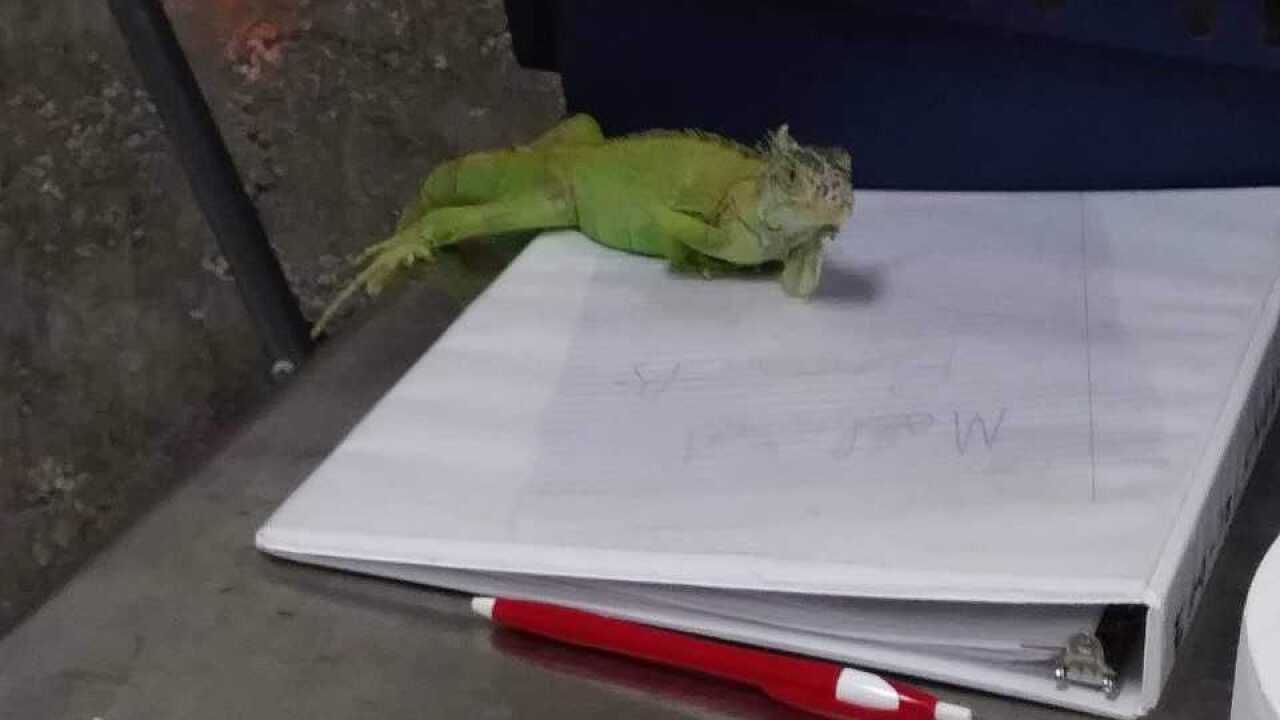 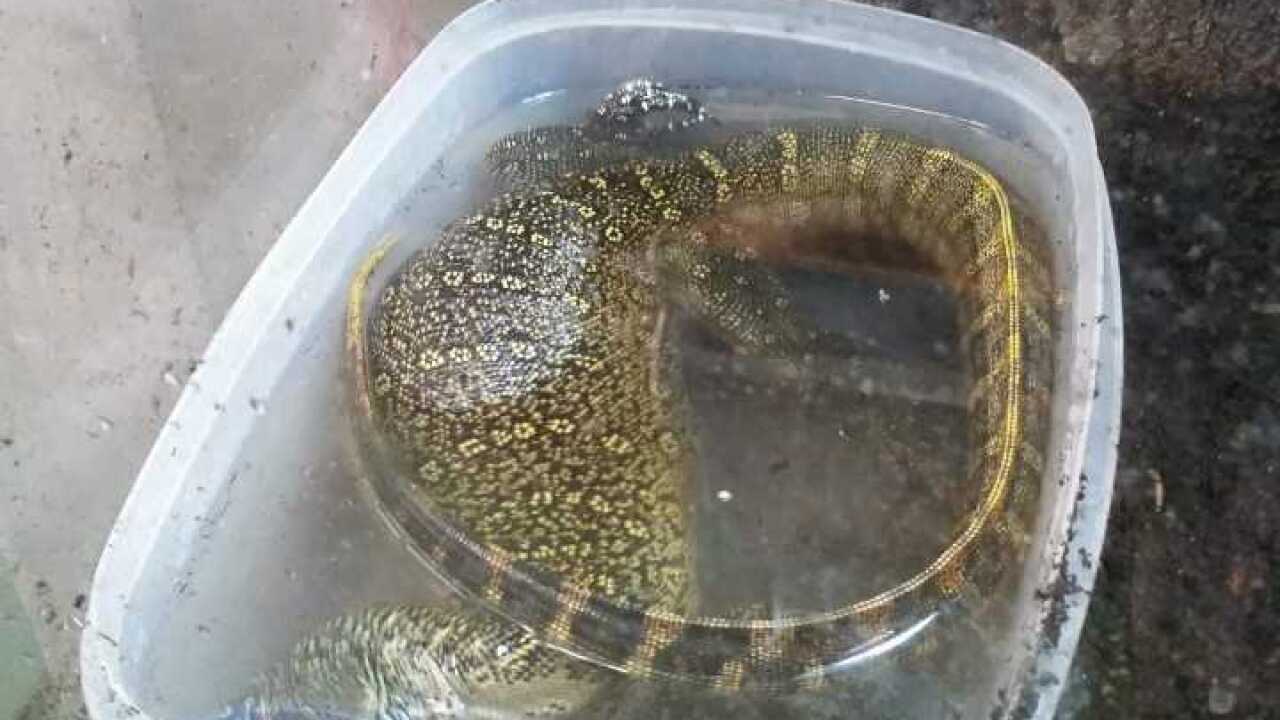 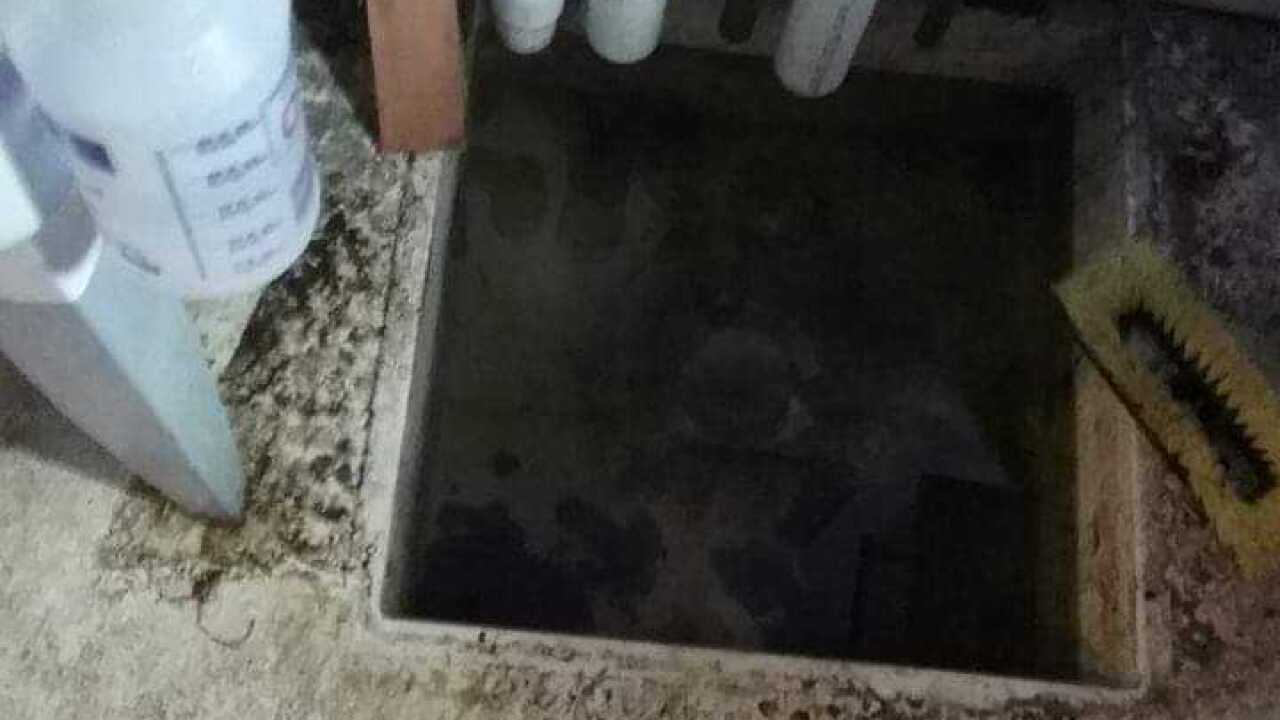 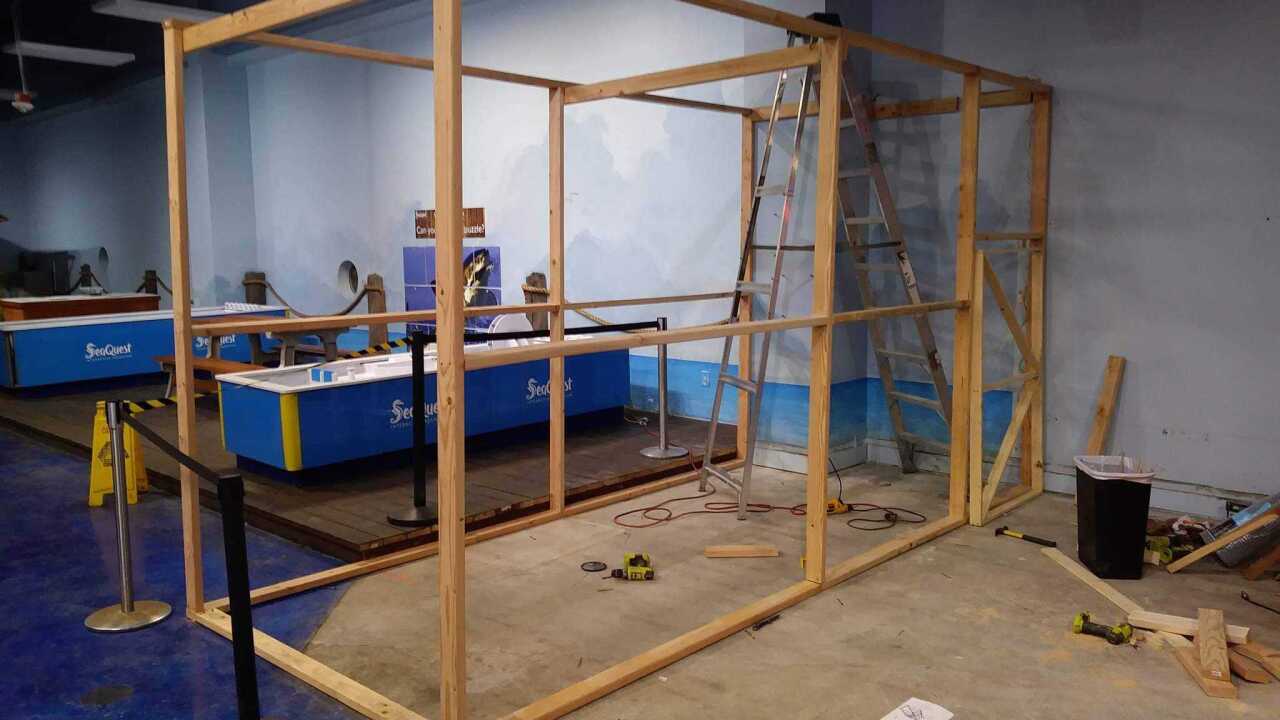 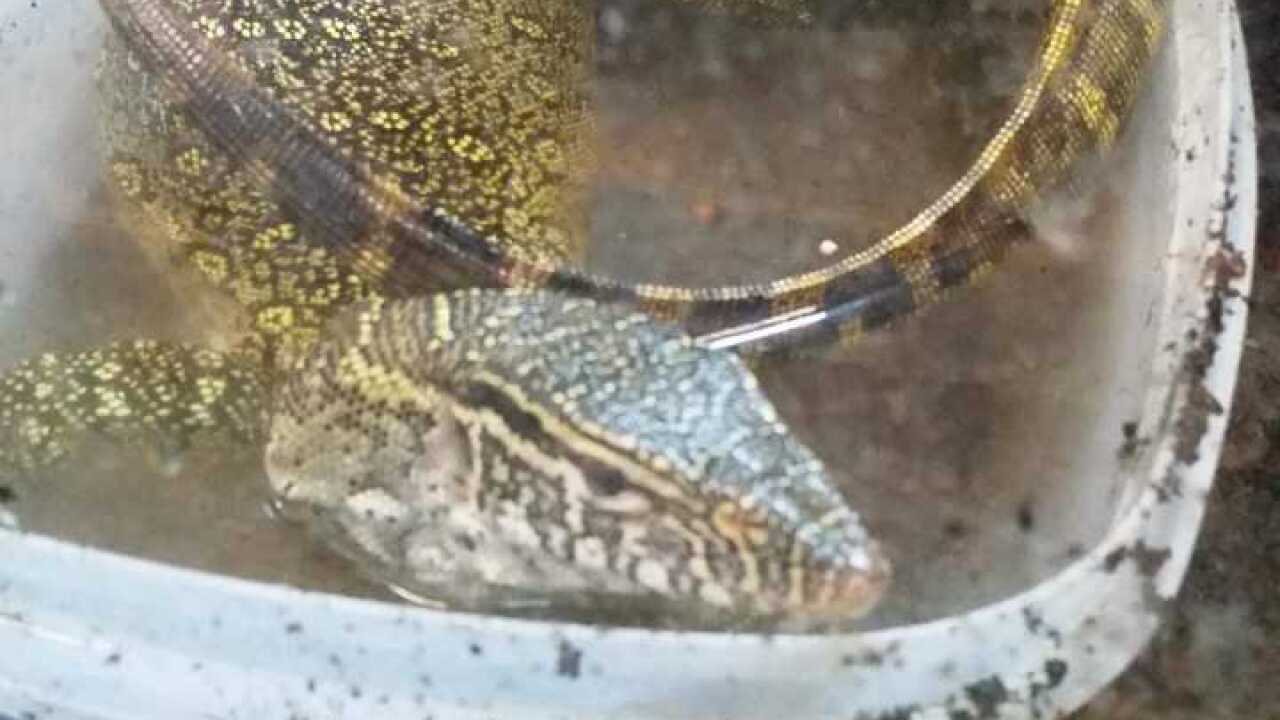 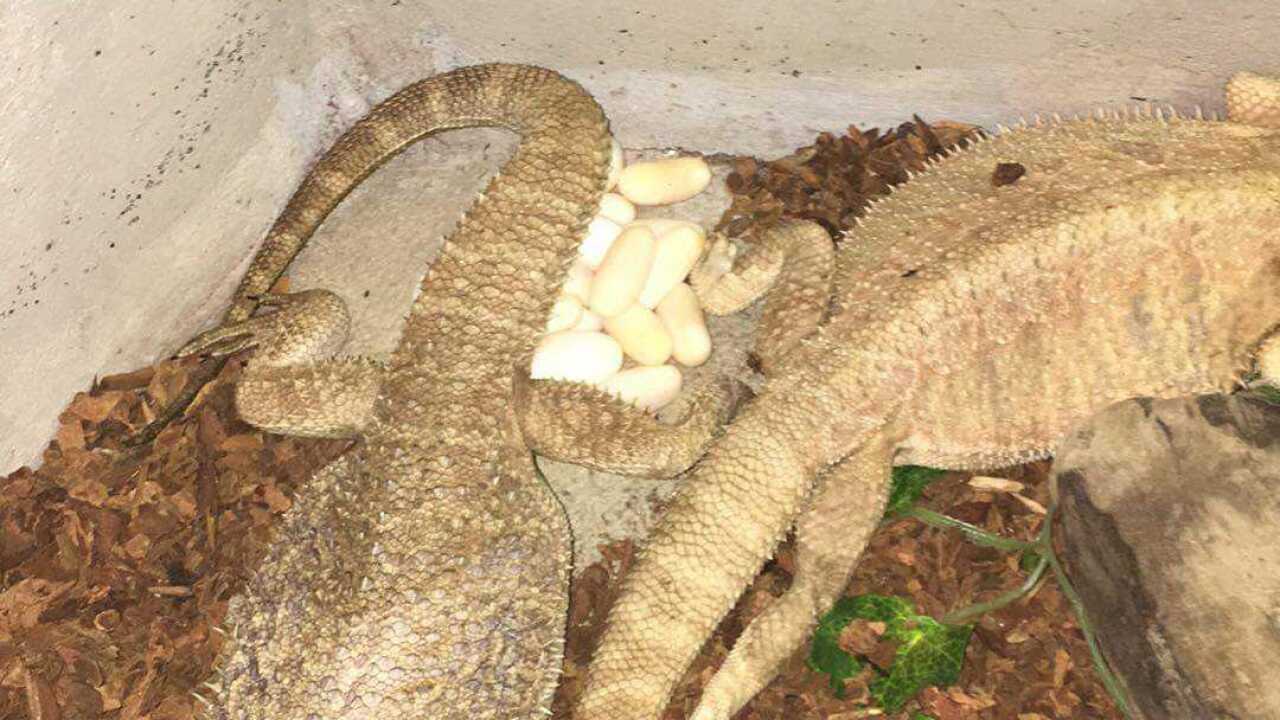 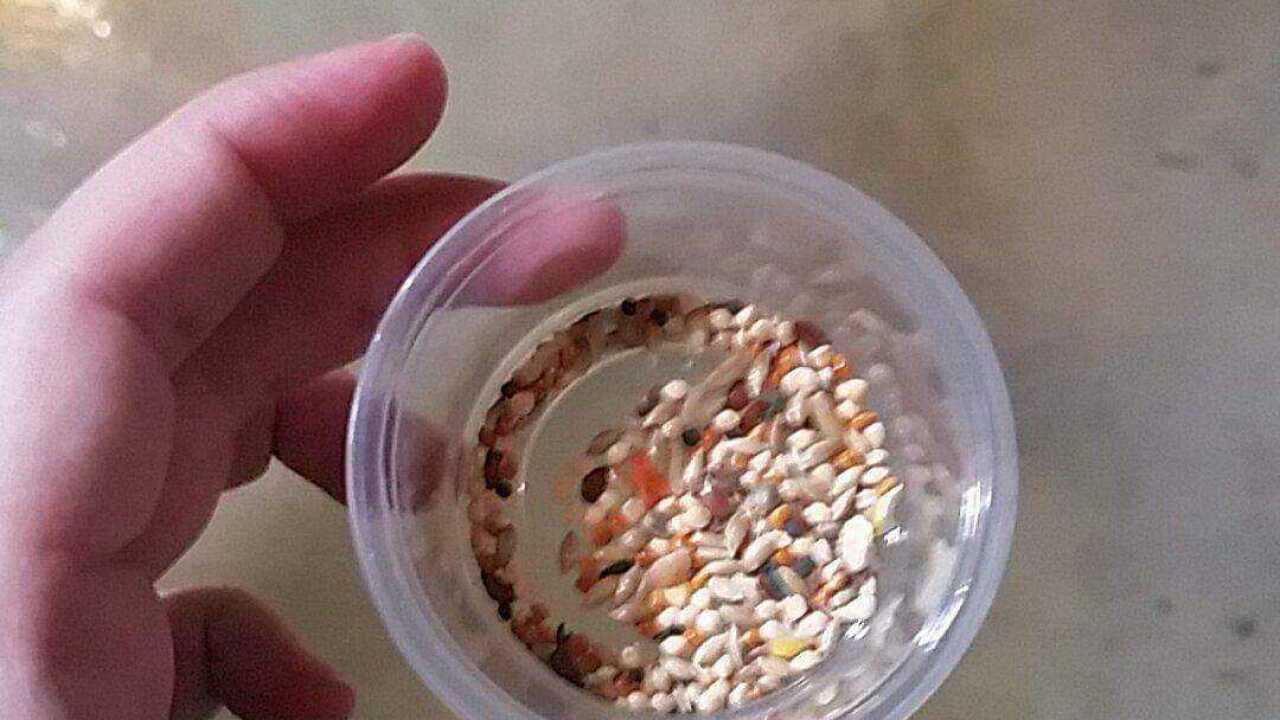 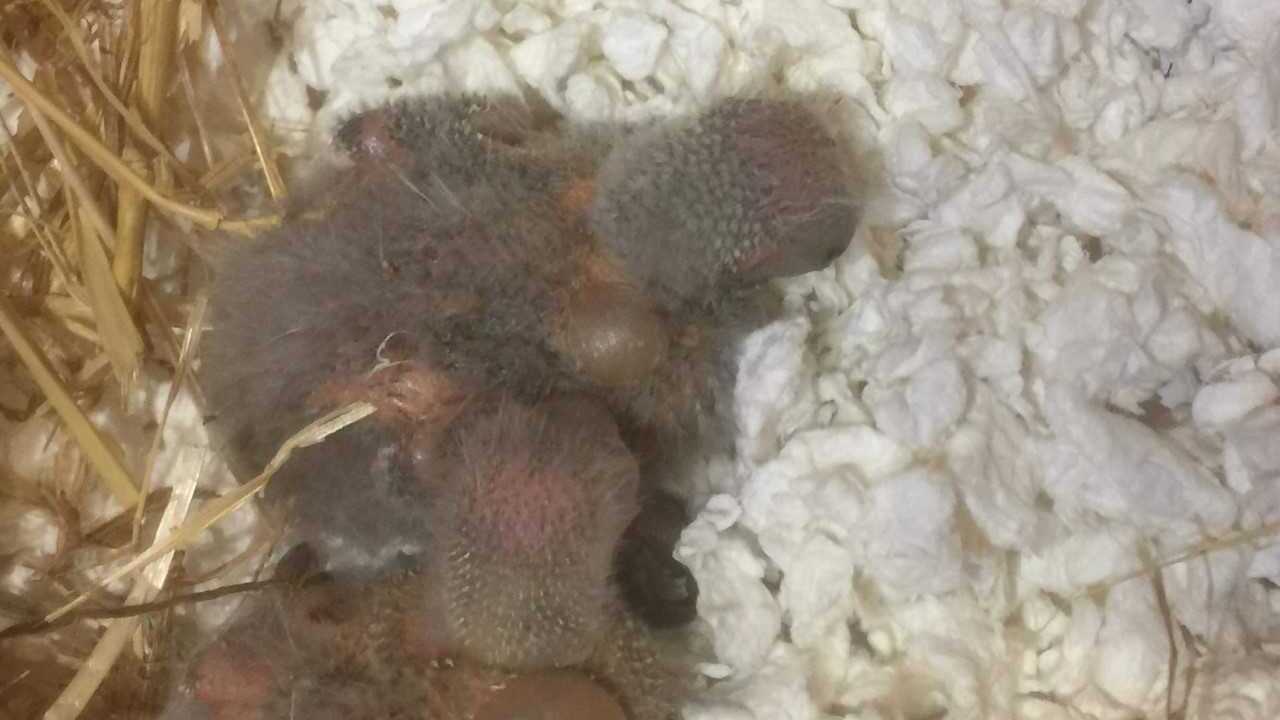 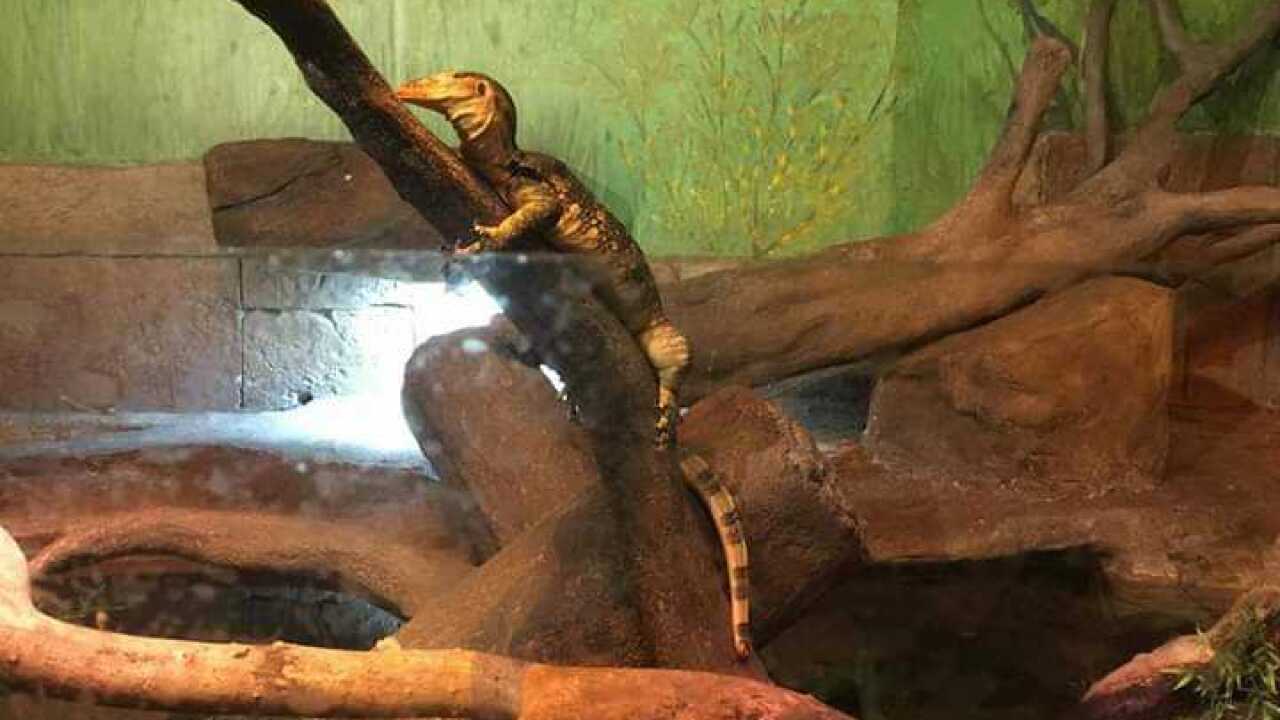 UPDATE APRIL 15: Denver 7 reports Colorado Parks and Wildlife officials have suspended the license of the SeaQuest Interactive Aquarium at a Jefferson County mall after dozens of complaints and reports of injuries at the facility since it opened last summer.

The department held a hearing for SeaQuest and decided to suspend the aquarium's license for two years after it had "numerous violation episodes and failed to adhere to several of the conditions of their state licensure," according to a CPW news release. The suspension applies to species at the aquarium that are regulated by the CPW.

The aquarium plans to stay open at the Southwest Plaza mall and replace those species with those that don't require licensing by the CPW, the department said.

SeaQuest spokesperson Elsa MacDonald said the suspension dealt with regulated animals and said the facility had to send some animals -- including otters, capybara, kookaburra, some fish, a sloth and three types of snakes -- to their sister facilities, which the spokesperson said people weren't able to interact with.

“SeaQuest Littleton lost the Regulated Animals license which impacted a few exhibits that didn't involve guest interaction,” MacDonald said in a statement. “Since this change took place, we have made some changes and are happy to welcome Peking ducks, Asian water monitors, and Savannah cats - all of which our guests can see, touch and feed! This change will enhance the guest experience and truly provide an ultimate interactive experience.”

But CPW spokesperson Jason Clay sayd he was told by the wildlife officer there were "approximately a dozen different species regulated by us that equaled a couple hundred animals."

The suspension marked another issue for SeaQuest, which also has locations in Utah, Texas, Nevada, California and Florida.

Shortly after the aquarium opened at Southwest Plaza, the Colorado Department of Agriculture served SeaQuest a cease and desist order for operating without a valid license and in violation of the Pet Animal Care Facility Act.

The order came after questions about the conditions in which the animals were cared for – specifically the birds and some of the fish kept at the facility.

SeaQuest complied with the order , which required the aquarium to reduce the number of birds in its facility, and remained open.

In February, Denver7 obtained documents from the state showing at least 30 reports of injuries at the aquarium from June of 2018 through January.

The injuries ranged from minor scratches to other cases that appeared to be more serious. SeaQuest is required to self-report any injuries to the state as a part of requirement to maintain its current license.

Reports showed an incident where a shark bit a guest and where stingray barb was stuck in someone's hand. During another incident, documents showed an iguana jumped onto another person's chest and clawed at their mouth, causing them to bleed.

FURTHER COVERAGE
Interaction with furry otters and cute coatimundis is the main attraction at SeaQuest. It's the money-maker. But at what cost to the animals' well-being and the customers for that matter?

"We've had bites from coatis because they were so hungry," a former employee told Darcy Spears.

Withholding food to force animals to interact with guests who pay to feed them is just one reason the former employee decided to leave SeaQuest. She asked us to conceal her identity for fear of retaliation.

"Coatis have bitten kids. I've seen two to three that have actually broken skin. We've had capybaras chewing holes through clothes. The lorikeets would get super food-aggressive and go and bite ears and necks and sometimes they broke skin."

She says SeaQuest tried to keep it quiet so Animal Control wouldn't find out.

"I don't feel like half of the reports got to Animal Control. Sometimes they did an incident report or otherwise they would bribe guests."

What she calls bribery came in the form of coupons for free admission.

"For the 5-star reviews they would do for SeaQuest, you write your name for an employee on the back of a card and say 'if you rate us, here's this free pass.' So if somebody got bit, they're like, 'Oh, here's all this stuff.' And they'd say 'Do you really want an incident report?' And the customer would say 'Oh no, it's okay, we got all this stuff'."

SeaQuest has never agreed to do an on camera interview for any of the investigative reports we've done.

PREVIOUS STORY: Local SeaQuest attraction accused of having a dark side by former employees, animal advocates

Most recently, they sent a statement saying, "SeaQuest delivers a fun, educational, and interactive animal experience for millions of guests each year. We love what we do and encourage guests to share their experience online. We provide a two-sided card that has the employee's name that made a guest's visit extra special on one side, so we can track team member performance. The backside of the card has an offer to encourage guests to return, however has never been contingent on a review."

"It was a bribery game," the former employee said. "I've seen it happen multiple times."

But that's the least of what she saw while working at SeaQuest.

She says a juvenile Asian water monitor got badly burned and others had parts of their tails gnawed off because "They were put in with fish that are related to piranha that had eaten their tails. It's down to bone and tendon at their tips. Both the male and female. And it was really unfortunate when you climb up there and there's blood everywhere."

She says a tegu lizard died while on display, "Because she was stuck in an enclosure in the back and it was so cold the animal forced itself into hibernation and they put her out in water and she drowned."

But it was the death of an otter we first reported in February that sparked action by Animal Control.

"They'd just replace it and say 'Oh, no, that's the same otter.' Because guests don't know any better," said another former employee who also feared retaliation by SeaQuest and asked us not to use her name.

She added her voice to the chorus of complaints Animal Control received after our initial investigation.

RELATED: PHOTOS: Local SeaQuest accused of having a dark side

County authorities followed up and in April, revoked SeaQuest's exotic animal permit for "possessing unpermitted otters and coatimundi" noting the "original permitted animals are no longer at the location."

"It was really disgusting to see how these animals were pretty much made into attractions and just numbers on a sheet. And so when one died, it was just replaced with another one." said former employee Chris Stansell, who we spoke to for our initial investigation.

SeaQuest tried to appeal the permit revocation but lost. The arbitrator's decision noted that when the otter died in August it was replaced and SeaQuest failed to notify the county.

The arbitrator also took issue with illegal breeding after an otter named Hazelnut gave birth in February. She wrote: "SeaQuest should have recognized that the breeding would violate the exotic animal permit. They were made aware of this potential violation (and) instead of remedying (it, they) attempted to capitalize and profit from it by issuing a press release about an event exhibiting the baby otters on Valentine's Day."

SeaQuest tried to argue lack of communication by Animal Control but the arbitrator said that did not change the facts. She questioned how SeaQuest could claim the otters are "diligently cared for" when they didn't even know Hazelnut was pregnant until "approximately one week prior to giving birth."

SeaQuest would not answer any questions about the unpermitted animals or the arbitrator's findings.

We do know they shipped off or sold most of the otters and coatis, keeping only two of each which is all they're allowed under a new exotic animal permit.

In a statement, a spokesperson said, "It was not intended for SeaQuest Las Vegas to have a breeding pair of Asian small-clawed otters, but it is exciting that we helped the species grow by 4 as not all of these animals are able to produce offspring. We have satisfactorily resolved this situation and are in compliance with Clark County Animal Control."

All the former employees we've spoken to worry about the remaining animals.

"They hire anybody who will say yes, do what they want and there you go," said the former employee you met at the beginning of this story. She says many of her colleagues had no experience working with animals and often had to turn to Google to figure out what to do and how to care for them.

"I can promise you they're not getting the handling and teaming they need. This isn't a place to promote anything. I've told anybody with children this is wrong."

Third grade teacher Christine Lawrence agrees, saying, "You have to dig deeper and you have to look to see what you're supporting."

Lawrence successfully got her school to stop handing out SeaQuest coupons and thinks the entire district should follow suit. She questions the educational value of the SeaQuest environment for kids.

"They're learning nothing from that."

And as for the animals, "They're not going to have natural behaviors. They're stressed. They're being prodded and poked by people."

SeaQuest's response to that also came in a statement: "As part of our quest of 'edutainment' we partner with schools and school districts to support reading and student achievement programs, and host contests to promote conservation efforts. In addition, we offer discounted field trips for Title 1 schools and will offer transportation scholarships in the 2019 school year to ensure that all students can experience a little bit of the planet and develop an appreciation for conservation and animals."

"These animals are dangerous and they're not meant to be pulled out every hour so you can touch them," said the former employee. "I guarantee you there's other ways to educate your kids."