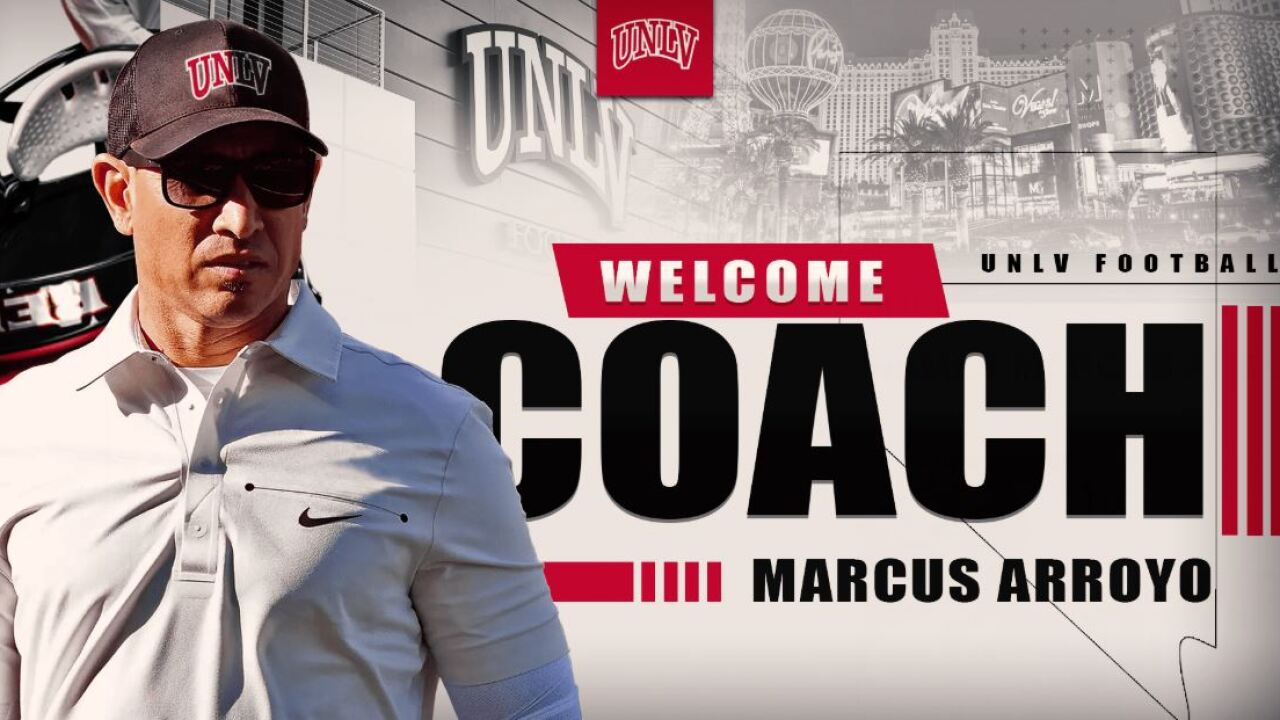 Arroyo, 39, comes to UNLV after spending the past three seasons at Oregon, in what will be his first head coaching position.

"UNLV Athletics is a department on the rise, and my family and I are thrilled to be a part of the Rebel family during this special time," said Arroyo.

The Rebels are set to play at the new Allegiant Stadium in 2020, which they will share with the NFL's Raiders.

"The opportunity to train, practice, and compete in some of the country's best facilities in one of the world's most vibrant cities cannot be understated. We will work tirelessly to elevate UNLV Football to the championship-caliber program that it is positioned to be," Arroyo said.

Arroyo will be formally introduced to the Las Vegas community on Dec. 13 at 11 a.m. in the Fertitta Football Complex’s Gaughan Family Dining Hall.