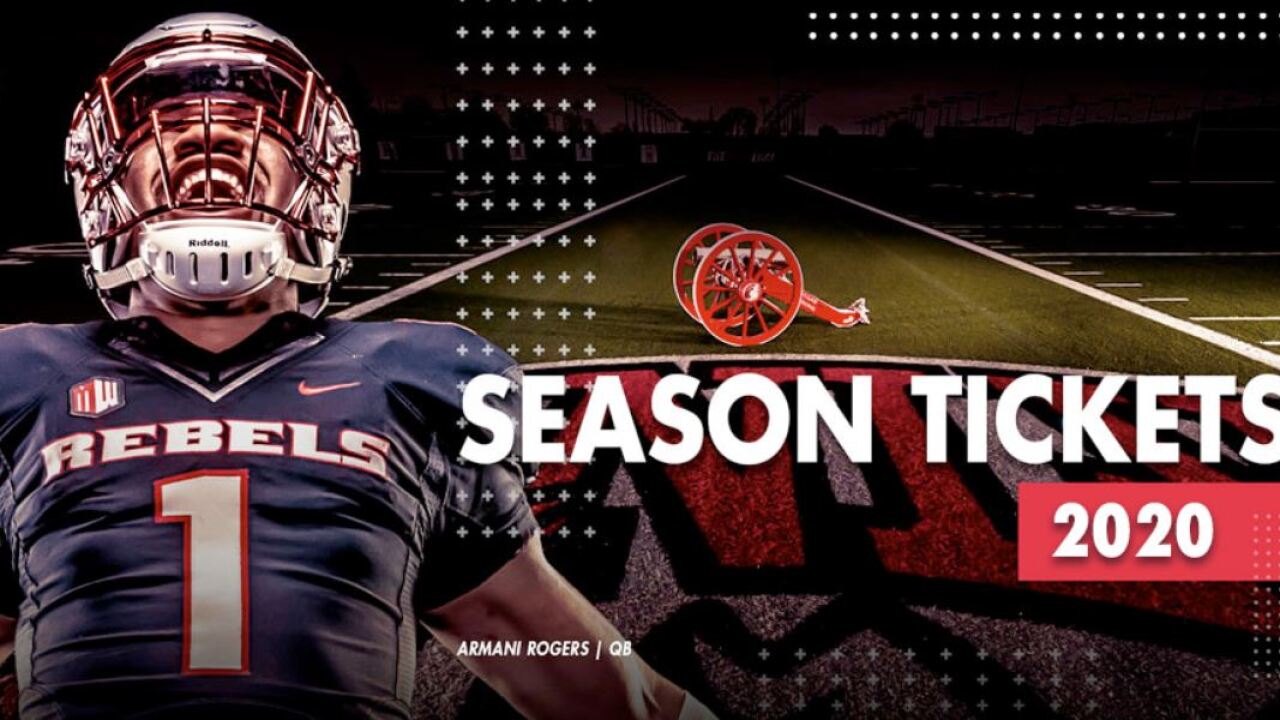 In less than two months into his new job, Arroyo announced the group that consisted of 28 student-athletes - featuring a school-best 22 recruits earning at least three stars, according to 247Sports.

UNLV Athletics also said these numbers do not include a pair of highly touted four-year transfers.

The previous UNLV record was 12 three-star athletics signed back in 2010.

The impressive haul includes both the highest-rated high school player and highest-rated transfer to choose the Rebels since the introduction of the recruiting star system in decades, according to the athletic department.

"Our goal was to enhance our overall roster in a very short amount of time," said Arroyo. "You're looking at about 30 calendar recruiting days that our staff had to put this class together, and that's a big accomplishment without sacrificing our core values and traits. "

The group is powered primarily by high school players with 23 on the list, along with three junior-college transfers and a pair of four-year transfers from TCU.

"We took a risk in not signing anybody during the early period, but I felt with our evaluation process -- and the staff I had in place thus far -- that we could build a solid class the right way - our way," Arroyo said.

That vibe when you're announcing your first recruiting class and it's ranked No. 1 in the conference by Rivals/No. 2 by 247Sports. pic.twitter.com/ZPyMPAHIFl

"We want to do this by building a foundation that is set up to last, and this gives you a longer period of growth and development," Arroyo said.

The class consists of student-athletes with hometowns that are spread among 12 states and two countries that include California, Washington, Texas, Nevada, Australia, and others.

"We took a risk in not signing anybody during the early period, but I felt with our evaluation process -- and the staff I had in place thus far -- that we could build a solid class the right way - our way," Arroyo said.

UNLV opens spring practice on March 24 with opening the 2020 season against California on Aug. 29 to open the new Allegiant Stadium.

New-season ticket deposits are available online or by calling 702-739-FANS.

"The new Fertitta complex and Allegiant Stadium help in everything we do and it certainly helped us sign this class. Number one, we weren't afraid to go anywhere to find the right guys. And number two, the contacts our coaches had, and our ability to accurately evaluate guys, helped us not focus on where they're from – but more on who they are," Arroyo said.