Raiders lose to Titans 42-21 in Oakland 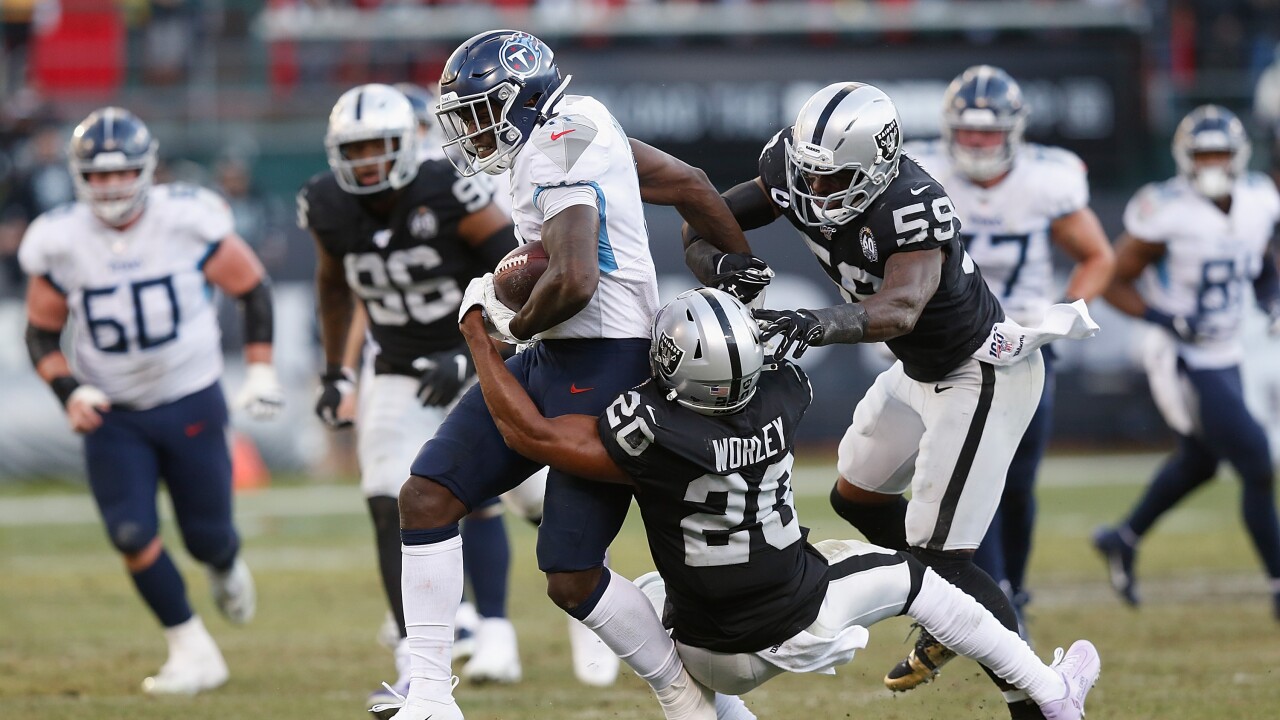 OAKLAND, Calif. (KTNV) — The Raiders lost to the Tennessee Titans on Sunday in one of the team's last games in Oakland before moving to Las Vegas.

RELATED: Raiders custom cleats for charitable causes to be auctioned

The Raiders still have a chance of making it to the playoffs, though it's a slim chance.

Up next, the team plays the Jacksonville Jaguars in Oakland on Dec. 15.

Then, on Dec. 22, the team plays the Chargers in Los Angeles before taking on the Broncos in Denver on Dec. 29.