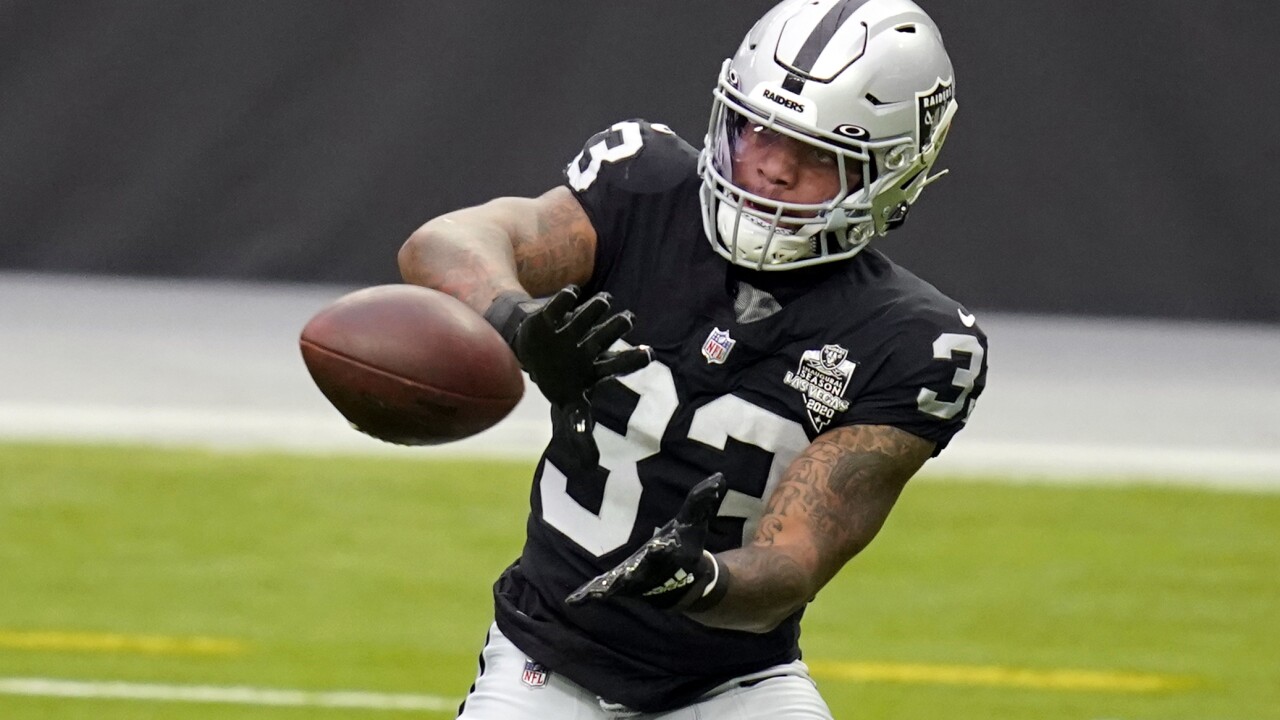 John Locher/AP
FILE - In this Friday, Aug. 28, 2020, file photo, Las Vegas Raiders running back Lynn Bowden Jr. (33) catches a ball during NFL football training camp in Las Vegas. Bowden, a sixth-round draft pick, was acquired by the Miami Dolphins from the Raiders for a fourth-round choice Saturday, Sept. 5, 2020. Bowden can play running back or receiver, and also played quarterback at Kentucky. As a senior he rushed for 1,468 yards, caught passes for 348 and threw for 403. (AP Photo/John Locher, File)

The Las Vegas Raiders have moved on from one of their three third-round draft picks before he even played a snap for the team.

The Raiders dealt the versatile Lynn Bowden Jr. to the Miami Dolphins just over four months after drafting him 80th overall.

Las Vegas also sent a 2021 sixth-round pick to Miami in the deal and got a fourth-rounder in return.

Bowden struggled to find a role as a backup running back during his first training camp and the Raiders decided to cut ties quickly in the biggest surprise when they reduced the roster to 53 players.