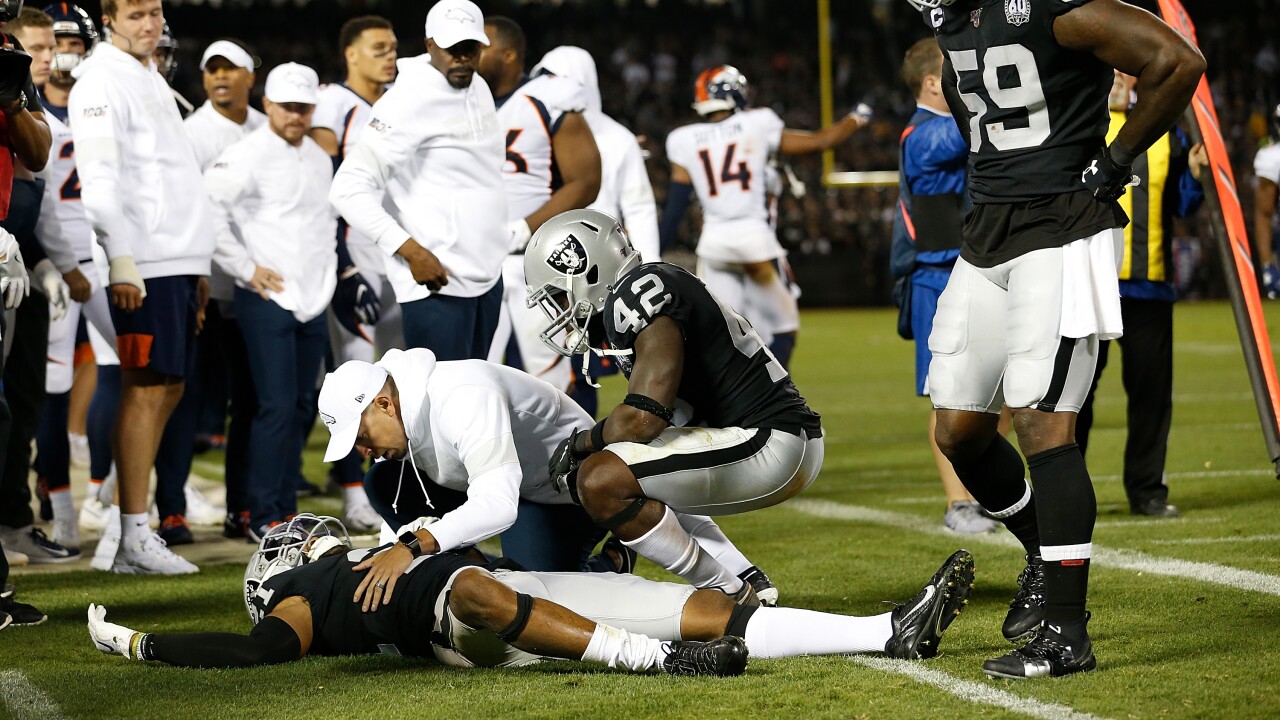 ALAMEDA (AP) — Oakland Raiders cornerback Gareon Conley has been taken off the field strapped to a stretcher after being hit in the head by teammate Johnathan Abram.

Conley was down on the ground for several minutes after the injury Monday night, with teammates and members of the Denver Broncos kneeling on the ground out of concern. Conley was taken off the field on a stretcher but was able to give a thumbs up to the crowd. He was ruled out for the rest of the game with a neck injury.

Conley got hurt in the third quarter trying to tackle Denver running back Royce Freeman. Abram ran over and knocked Freeman out of bounds but his leg slammed into Conley's helmet, leading to the injury.