Lady Liberty standing proud outside of the New York New York is wearing a Raiders jersey. The NFL kicks off today, and the first Raiders game happens on Sunday. 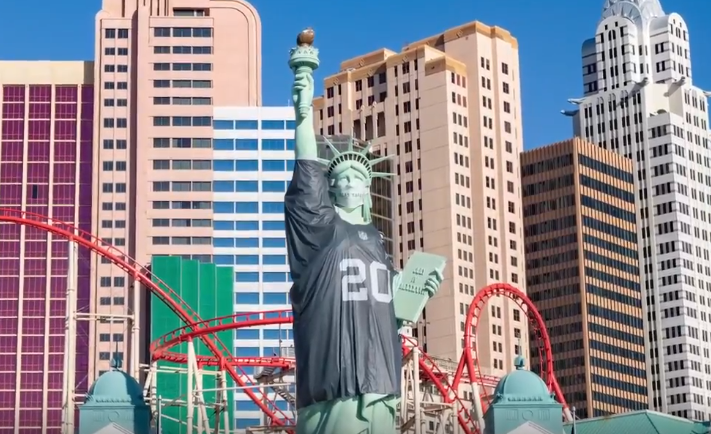 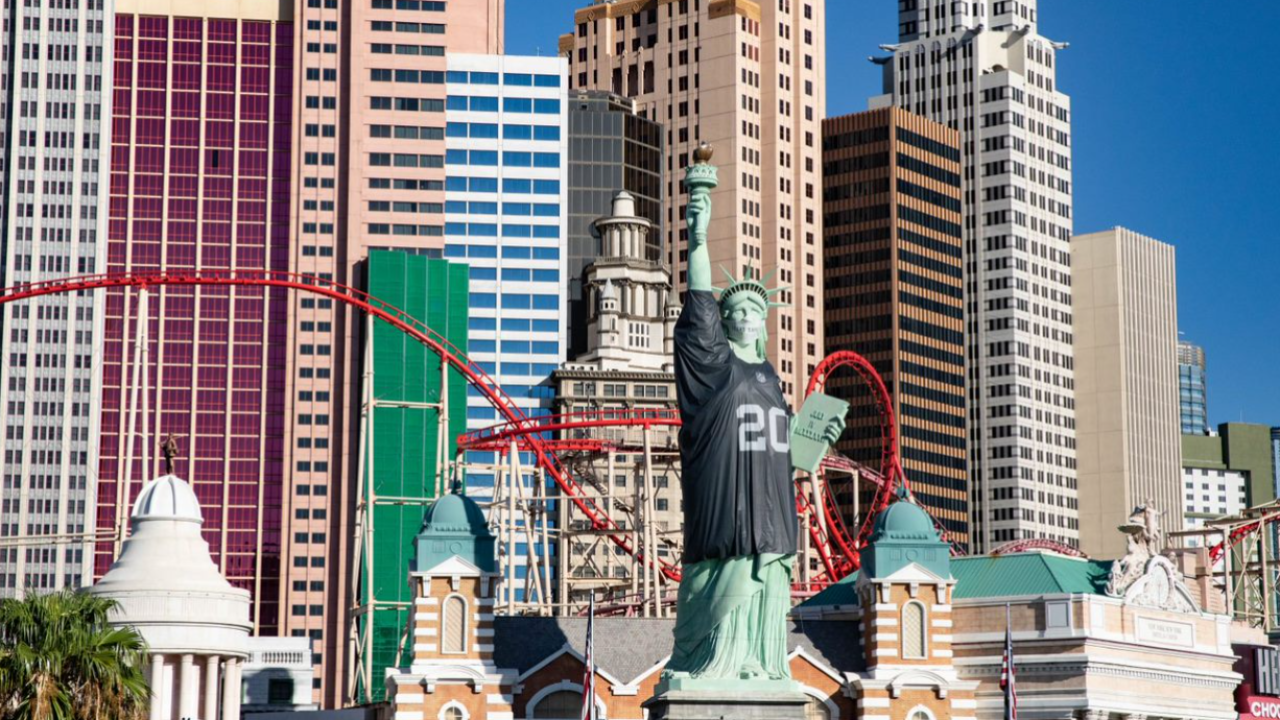 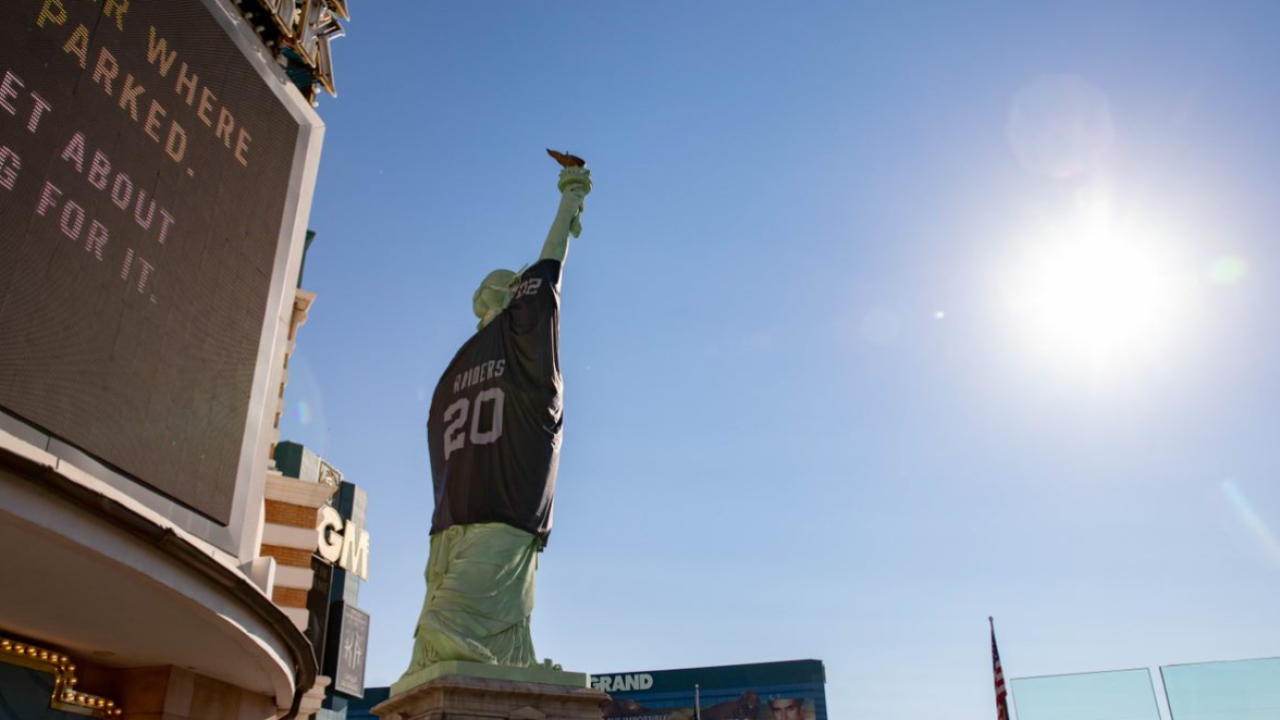 LAS VEGAS (KTNV) — With the Las Vegas Raiders inaugural season starting on Sunday, New York-New York's Lady Liberty had to show some hometown love to the Silver and Black.

Lady Liberty changed into her new Raiders jersey Thursday morning with the NFL 2020 season set to kick off that evening with the Houston Texans taking on the Super Bowl champion Kansas City Chiefs.

The Lady Liberty statue in front of the NY-NY hotel-casino on the Las Vegas Strip has shown her support for the Vegas Golden Knights and the Las Vegas Aces in previous years.

That game kicks off at 10 a.m. local time with the Raiders making their Vegas home debut in Week 2 against the New Orleans Saints on Monday Night Football.