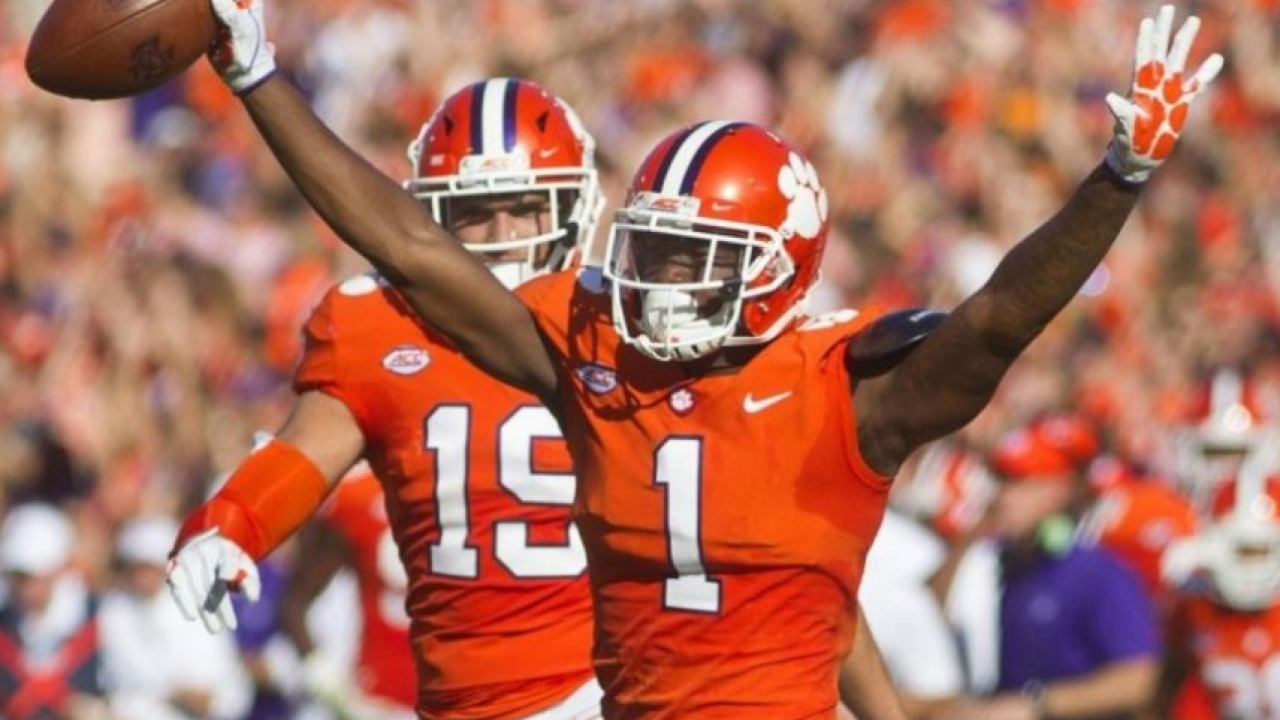 CALIFORNIA (AP) — The Oakland Raiders drafted Clemson cornerback Trayvon Mullen with the 40th overall pick after twice trading back in the second round following deals with Jacksonville and Buffalo.

Mullen was a second-team All-ACC pick during his junior year with the Tigers. The 6-foot-1, 200-pound Mullen has not allowed a touchdown in coverage since 2017, according to Pro Football Focus. He was the defensive MVP in the national championship game after tallying six tackles with a sack, interception and forced fumble.

Mullen joins an increasingly crowded secondary with the Raiders. Former first-round pick Gareon Conley is expected to start at one of the cornerback spots. Oakland also tendered Daryl Worley, who started nine games in 2018.

The Raiders don’t have a third-round pick but stockpiled additional selections in the latter rounds, something general manager Mike Mayock had hinted he wanted to do.

Oakland began the day moving back three spots from 35th to 38th in a trade with the Jaguars. The Raiders also acquired Jacksonville’s fourth-round pick (109th overall) in exchange for a fifth (140) and seventh (235).

RELATED: 3 QBs and lots of defenders highlight 1st round of draft

Mayock continued to work the phones and made another deal moments later with the Bills. Oakland dropped back two more spots to 40th overall and picked up a fifth-rounder from Buffalo.