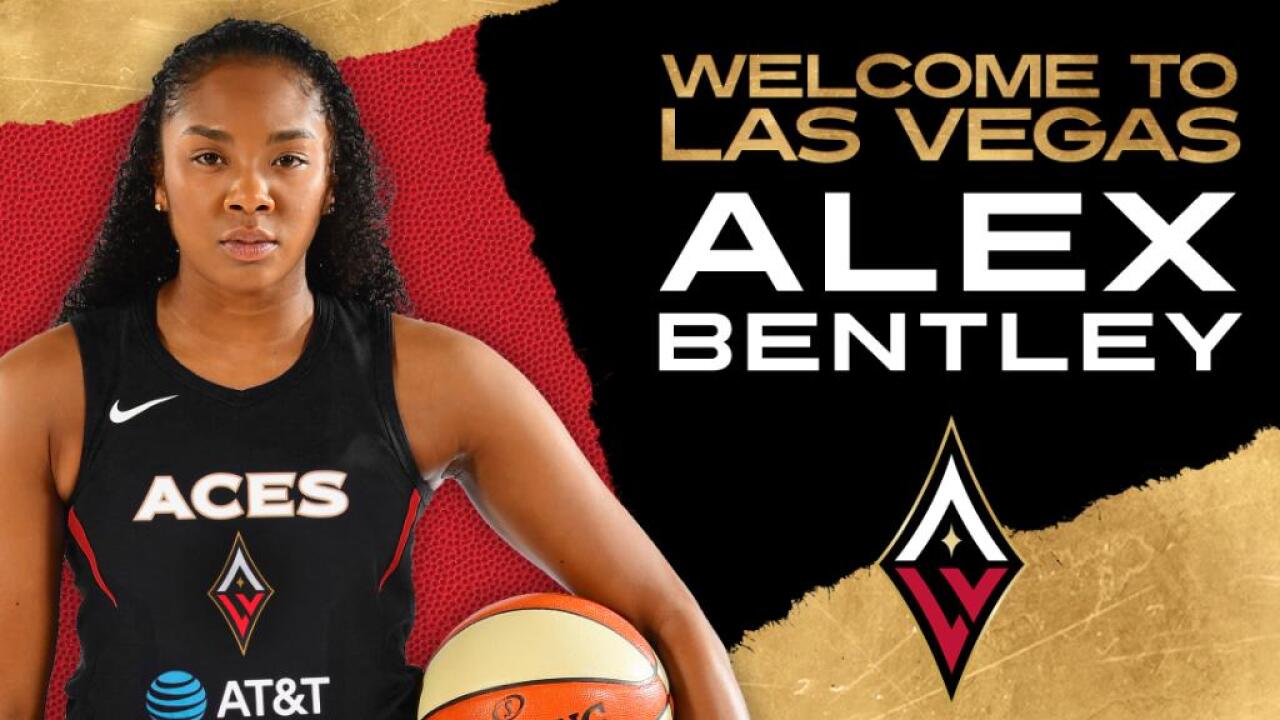 “I’m extremely excited to join the Las Vegas Aces!” said Bentley. “Thanking God, the team, and the entire Aces organization for this wonderful opportunity. Let’s get it!”

Bentley is a seven-year WNBA veteran who was originally drafted by the Atlanta Dream with the first pick in the second round of the 2013 WNBA Draft. She was named to the All-Rookie Team that season after averaging 8.3 points and 2.8 assists.

On draft day 2014, the Penn State grad was traded to the Washington Mystics, who then traded her to the Connecticut Sun. Bentley had her best seasons for the Sun, earning an All-Star nod in 2015 when she averaged 14.7 points and 1.96 steals per game. In four-plus seasons in Connecticut, she averaged 11.7 points, 2.9 assists and 1.22 steals per game.

The Sun dealt Bentley to Atlanta midway through the 2018 campaign, and in 45 games since the trade, she has averaged 8.8 points and 3.1 assists.

Bentley has some of the best handles in the game, ranking 12th in league history in turnover percentage, committing a miscue on just 11.0 percent of her possessions.