capriotti's sandwich shop is the latest to join the #nocaps movement by changing their logo to knightriotti's for the stanley cup finals. 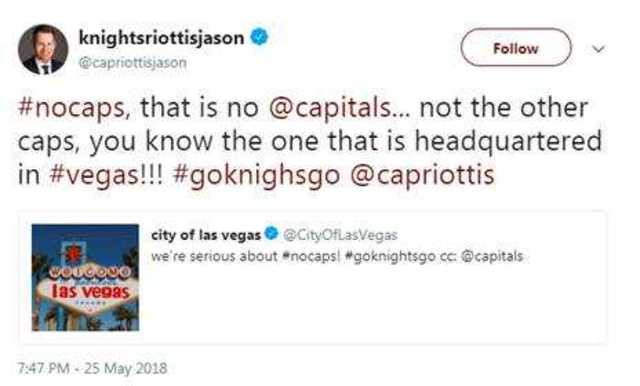 of course they didn't really change their sign. the photo of the knightriotti's storefront was altered but how cool would it be if all of the shops could make the switch?

clark county officials called upon others to join them in the #nocaps movement earlier in the week.

the sandwich shop took swift action by crossing out the word cap in the capriotti’s name and then adopting the new name for las vegas locations.

additionally, the fan favorite capastrami sub sandwich is being renamed the knightsastrami, and now “america’s best sandwich," also known as the bobbie, will be renamed the fleury.

this is just another example of the long line of support the city has shown the first-year vegas golden knights team.