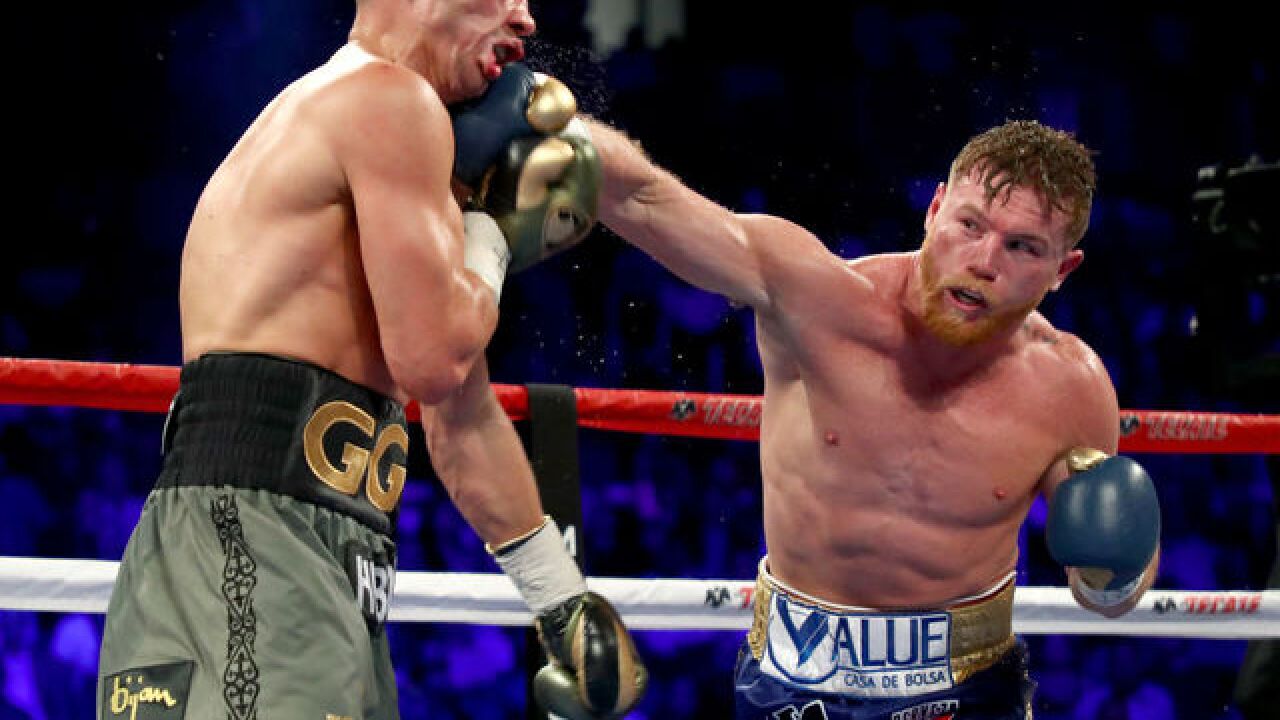 In what was one of the best fights of 2017, as many expected coming into the match,  Canelo Alvarez and Gennady "GGG" Golovkin fought to a draw on Saturday night in Las Vegas.

The two fighters were billed as thunderous punchers with old-school boxing mentalities. What the promoters failed to mention where these two fighters' iron clad jaws. The two men exchanged huge power punches throughout the fight but neither wilted under the other's power. In fact, both men often shook their heads in acknowledgment but as to say that it'd take a lot more than that to put them away.

A quick synopsis of the fight would say that Canelo started off strong and fast; using his head movement to avoid GGG's combinations and counter punch with great success. The tide changed around the 4th round when GGG used his dominant jab to control the pace of the fight and slow down Canelo's movement. That continued up until the 10th round when Canelo gained a second wind and fought back to earn a few crucial rounds.

Even then many, including myself, thought he was just a round shy of matching GGG — the judges thought differently.

The near-classic match will now forever be marred by the judge's uneven decision. One judge had GGG winning by the score of 115-113, the deciding score had the two tied at 114-114, but the one that sticks out in everyone's mind is the 118-110 score handed out in favor of Canelo Alvarez.

It's not the fact that someone would give Canelo the victory, many rounds were very close, but to say he won 10 out of 12 rounds is comical.

Unfortunately, that lack of judging acumen will be the narrative that surrounds what should've been a tale of two warriors in the ring. It also happens to set up one of the biggest rematches in boxing history, something the promoters involved must love.

It comes off a bit strong but that one judge has honestly marred one of the greatest middleweight battles of the new millennium. There's no amount of money generated from the forthcoming rematch that'll overcome that.