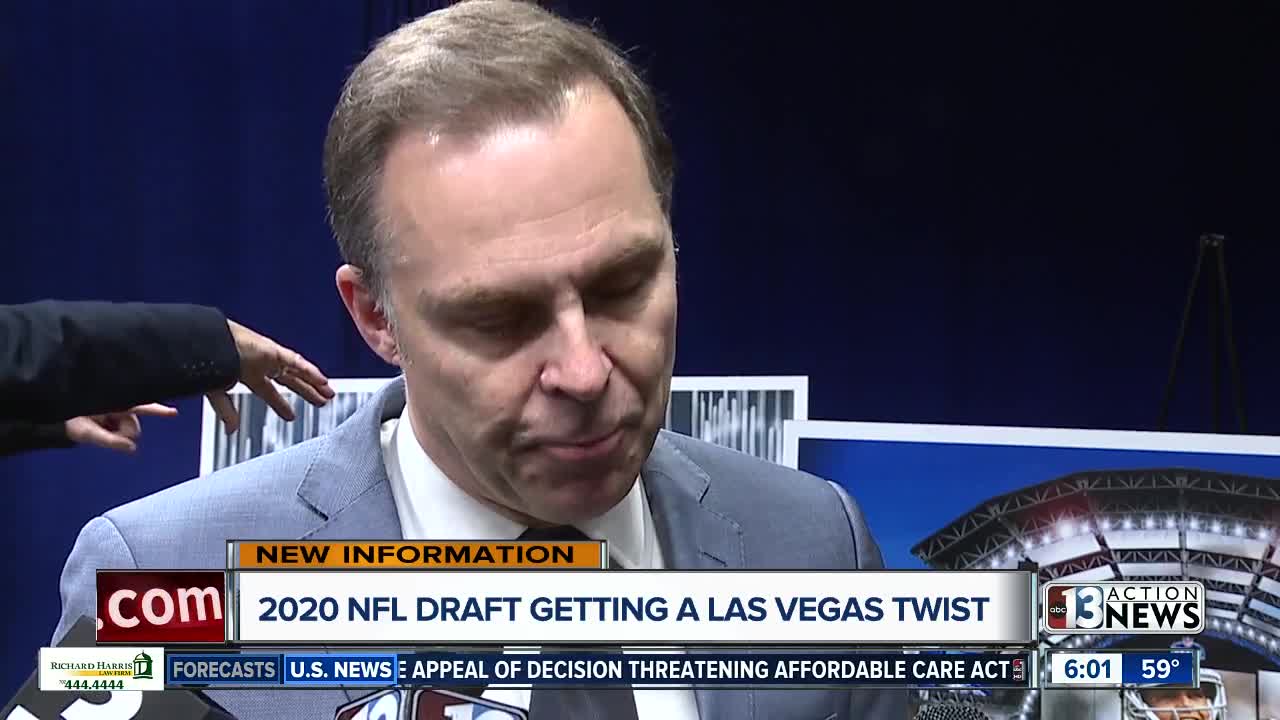 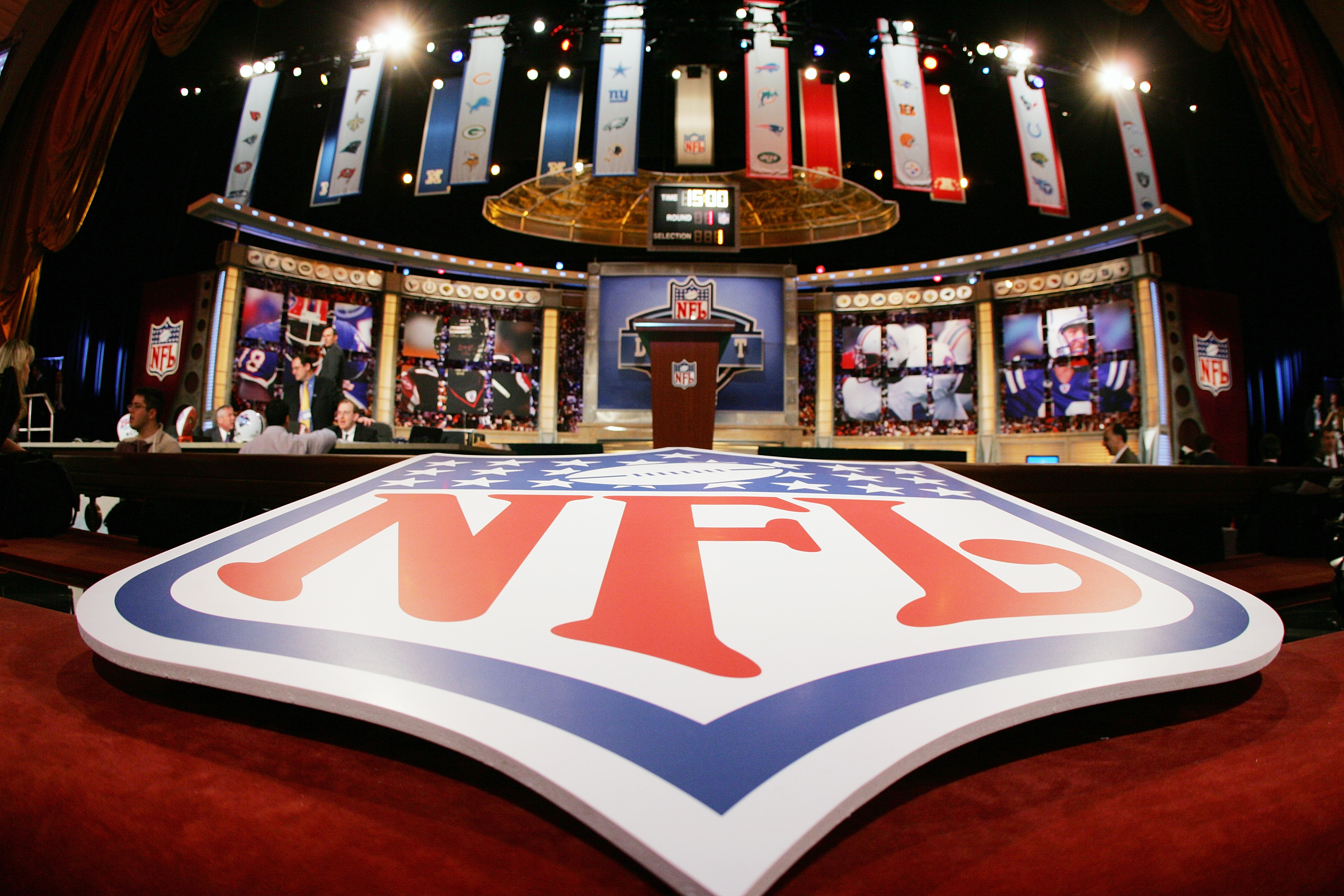 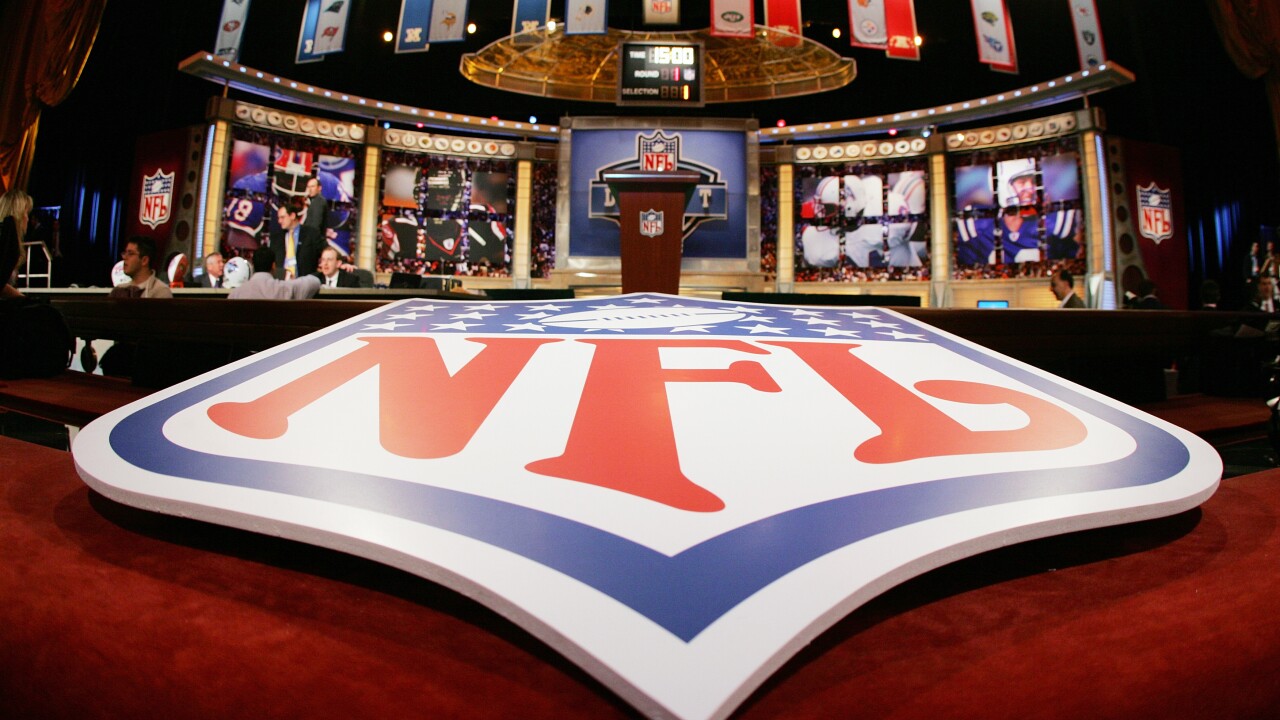 Red Carpet: On the Fountains of the Bellagio
Main Stage: Next to Caesars Forum & Linq High Roller 🎡

The 85th NFL Draft will host various free events at iconic Las Vegas locations April 23-25. There will be free immersive activities and entertainment in addition to the draft.

Set against the iconic backdrop of the Strip, the NFL Draft Main Stage will be constructed next to the Caesars Forum. Free and open to the public, fans are invited to gather at the Draft Main Stage viewing zone to watch the first round selections on Night 1 (Thursday), Rounds 2-3 on Night 2 (Friday), and Rounds 4-7 on Day 3 (Saturday). The Main Stage will also host daily performances by headlining acts throughout the Draft.

All three days of the NFL Draft will be broadcast on NFL Network, ESPN, ESPN Deportes and ABC – including two nights of primetime coverage on Thursday and Friday.

The 2020 @NFLDraft in @Vegas! #NFLDraft pic.twitter.com/IpB1drSlWx

Located adjacent to the NFL Draft Main Stage, the NFL Draft Experience presented by Oikos® Triple Zero will be a free, three-day football festival highlighted by interactive games, the Vince Lombardi Trophy, autograph sessions with NFL players and Legends, brand activations, giveaways and the NFL Shop presented by Visa. At the center of the action will be the NFL Draft Experience Stage, which will feature special performances by Las Vegas talent as well as interactive NFL-themed experiences.

The NFL Draft Experience will be free and open to fans at the following times:

The 2020 NFL Draft will open on Thursday, April 23 with the official NFL Draft Red Carpet, which will be constructed on the famed Fountains of Bellagio. Starting at 2:30 PM PT, attending prospects will make their debut on the carpet. New this year, the red carpet will feature the Draft Red Carpet Stage, an exciting new addition to the opening event.

The main stage will be located near Caesars Forum and the High Roller observation wheel and the players will ride in a boat across the lake in front of the Bellagio to the red carpet.

#BREAKING we just got the renderings for where the 2020 @NFLDraft and red carpet event will be in #LasVegas #NFLDraft pic.twitter.com/Wm6KDWvyLy

There will be multiple road closures, including Flamingo Road, in effect during the NFL Draft festivities.

LIVESTREAM OF THE MEETING

Follow @seanktnv, @JackieKostek and @KTNV to catch all of the live tweets for this event.

BREAKING: The Clark County Commission has approved the plan to host the NFL Draft including road closures on all three days of The Draft on Las Vegas Blvd. and Flamingo around the Strip unanimously.
Full vote 7-0.

Commissioner Justin Jones is concerned about sustainability and environmental impact of this project.

Barker says that everything that can be recycled will, and that includes stuff consumed by everyone during the event.
He says they work with NFL Green to make that happen.

Commissioner Tick Segerblom says people should begin preparing to get around the blockages, and "hopes its a precursor for the Superbowl."

Commissioner Lawrence Weekly says he's excited. He says the inclusion of County staff in developing low (or less) impact plans is vital.
He knows people will be mad, and put it on media (me) to let the public know well in advance.

2. Weekly asked how the Caesars fun center would be communicated to public.
Barker says they have two departments who will connect with commission today to begin an outreach program.

Commission Chair Marilyn Kirkpatrick says she's going to ask the hard questions:
1. Parking, how do people get there and get out if locals want to go/employees getting to work.
- LVCVA's Hill says a website would be established to connect people with best spots (this is early).

2. Kirkpatrick wants to know how locals get jobs building everything that needs built.
- Hill says everything will work through C3 Presents. 1500 to 3000 locals will be hired as a result of this building/hosting process. Still in process and they haven't put out job calls yet.

Brown asked if volunteers would be involved.
Barker said always.

Tick Segerblom, “this is going to be a fantastic event and we hope this is the precursor to hosting the Super Bowl in 2025.” Everyone laughs. NFL’s John Barker, “is this where I say ‘no comment’?” #NFLDraft2020 #draft2020 @KTNV

LVCVA President and CEO Steven Hill speaks on behalf of the group, The Raiders, and the NFL whom he says all collaborated on this plan.
He said safety is the key priority.

He says plans will continue to be refined for the next three months. We should have details in moments.

The Caesars Forum will serve as an NFL Experience, something Barker calls an NFL theme park.
A stage next to it will serve as a media area and "Draft theater."

Here’s the “football theme park” at the Caesars Forum.
The “shell” on the top left is the presentation area. pic.twitter.com/xMDN8SqQAf

Raiders’ Lombardi trophies will be on display: pic.twitter.com/B4QJ6QCXnv

April 13th: Arch over Flamingo would be constructed. That would be closed from Las Vegas Blvd. to Coval for at least 48 Hours.

Right now we know from the Las Vegas Convention and Visitors Authority that NFL, Raiders, and LVCVA representatives will present a plan to safely host the draft.
Hundreds of thousands of people are expected to come to Las Vegas for the event.

Hotel room prices in Las Vegas have already spiked for those days with some doubling the cost of a night over the previous week.
It is worth noting that the Bellagio has "no rooms available" during the days of the draft.
We'll keep an eye on that.

Follow @seanktnv, @JackieKostek and @KTNV to catch all of the live tweets for this event.

The NFL draft will likely bring hundreds of thousands of people to the Las Vegas Strip for the three-day event in April, which will air on ABC. You can watch all the action on 13 Action News.

13 Action News Reporter Sean DeLancey has a look at some of the big questions still facing commissioners. Watch in the player above.

Stay with 13 Action News for updates on the 2020 draft details throughout the day.