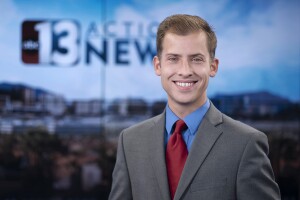 Sean DeLancey came to KTNV from West Virginia in April of 2019 after five years of reporting in West Virginia, Kentucky, and Ohio.

Sean was born in Huntington, West Virginia where he then attended Marshall University with a Bachelors in Broadcast Journalism and a minor in Political Science. During his five year stint at a news station based in West Virginia's capital city Charleston, Sean was a photographer, reporter, producer, and anchor covering stories ranging from dangerous deep freezes to an historic flood that devastated the state, to shooting sprees and the most prolific drug addiction rate in the nation, to in-depth investigations that lead to the indictment and conviction of a state Supreme Court Justice.

When he's not covering the stories that mean most to you, Sean is enjoying the outdoors, reading novels, or playing a wide variety of video games. He is an avid football fan, lover of soccer, and has recently been intoxicated by the fast paced world Golden Knights hockey.