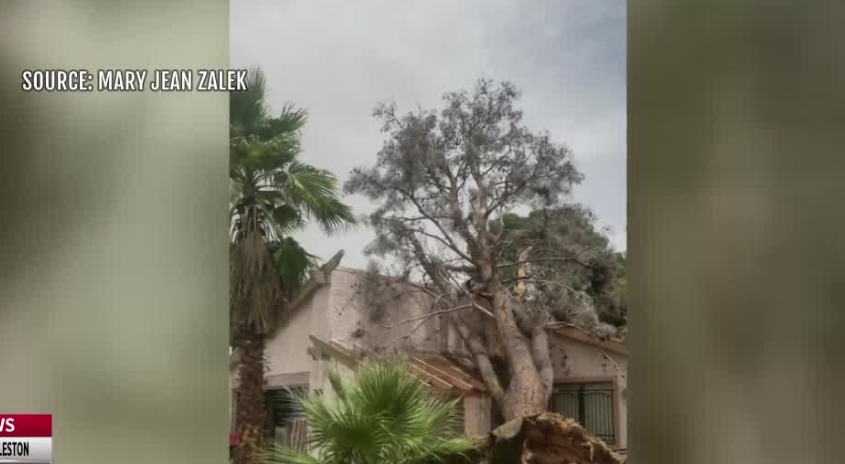 Winds down trees in Las Vegas today amid many weather issues. 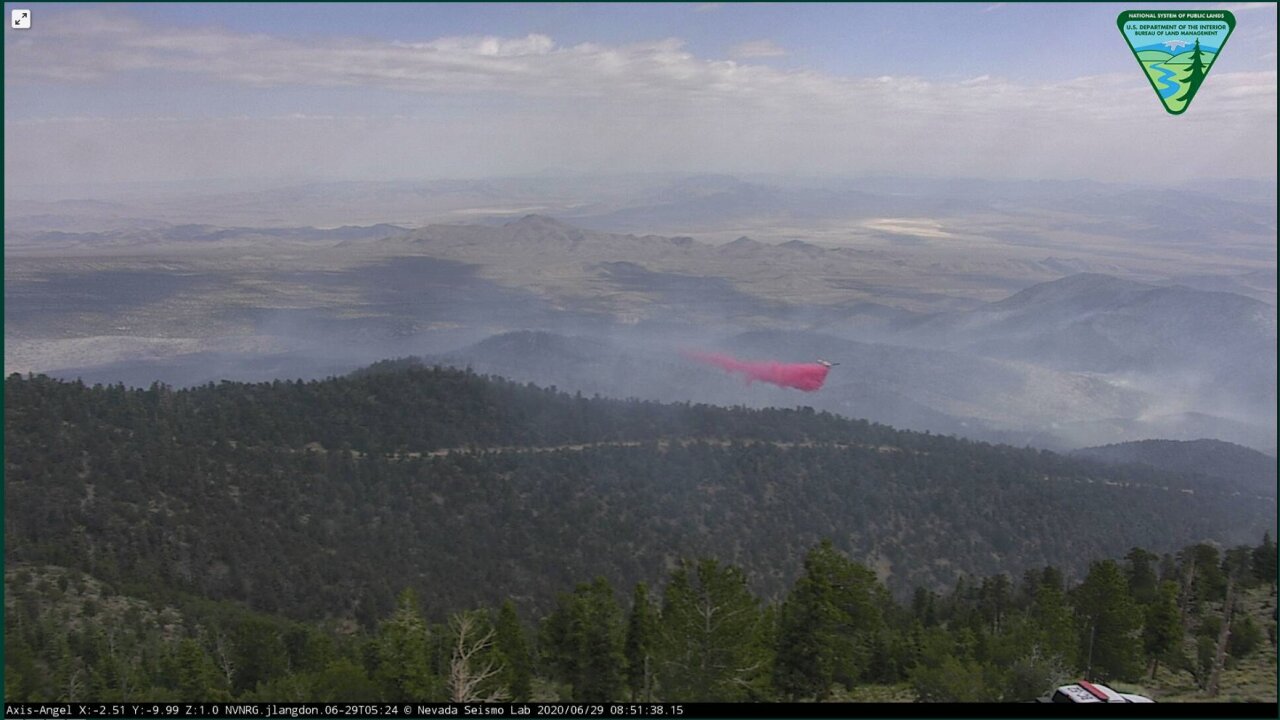 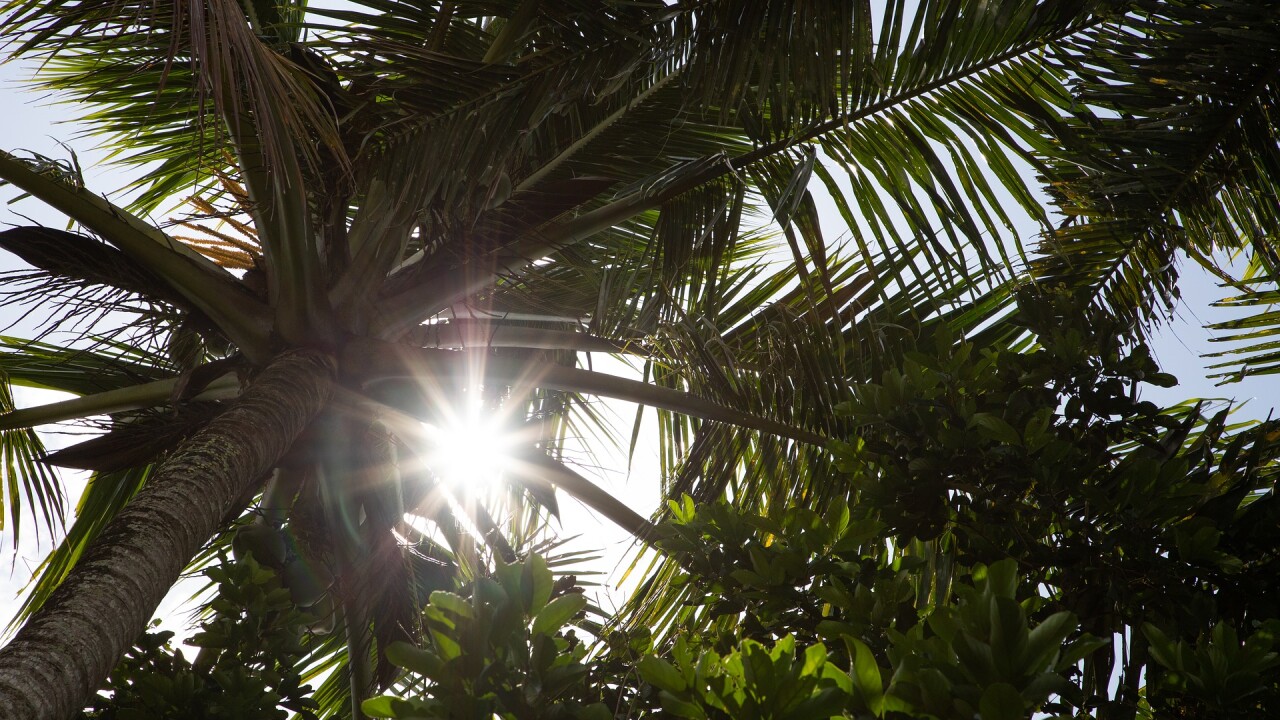 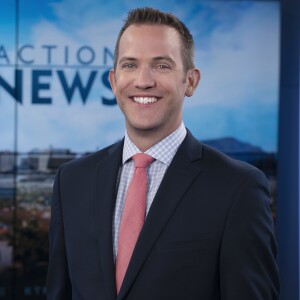 JUNE 29 10:15 A.M. UPDATE: The smoke plume from the Mahogany Fire is expected to drift across Las Vegas late this afternoon. We are watching this closely, as it would impact our air quality.

The HRRR model suggests the smoke plume from the #MahoganyFire will drift across Las Vegas late this afternoon (pictured is 5 p.m. local time). We'll watch this closely, as it would impact our air quality. pic.twitter.com/UsfxYZskFk

JUNE 29 6 A.M. UPDATE: All weather warnings and advisories from the National Weather Service have expired, but the weather will still be important to watch on Monday as shifting winds from the northwest could deliver widespread wildfire smoke from the Mahogany Fire in the Spring Mountains to the Las Vegas valley.

Here's the smoky morning view from Angel Peak using the @nvfirecams site at https://t.co/9wTncbzlYH. @KelseyMarie_TV is on the scene and has reports on @KTNV this morning. Stream at https://t.co/epl6Erjtlf or watch on 📺 until 7 a.m. pic.twitter.com/xPYnZeLQOa

Gusts of 25-30 mph are expected this morning through this afternoon both in the mountains and down in the valley.

CHECK HERE FOR UPDATES ON THE FIRE

Reduced temperatures are also in the forecast: it's in the 70s and upper 60s this morning and afternoon highs should be limited to the upper 80s. That's nearly 15 degrees below average for late June.

But some good news - winds may be calm enough this morning to allow crews to battle the fire with an aircraft.

13 Action News Meteorologist and Justin Bruce and Reporter Kelsey McFarland are each following the fire closely. Follow them on Twitter @just1nbruce and @KelseyMarie_TV.

If winds remain calm, firefighters will be able to use aircraft today. Will likely start drops this morning.

JUNE 28 UPDATE: A Red Flag Warning is in effect for the Las Vegas area now through 11 p.m. due to strong winds and low humidity.

Gusts over 60 mph are possible in higher terrain areas above 7,000 feet.

Humidity is 5 to 15%. Due to dry fuels, low relative humidity and very strong winds, any fires that develop will likely spread rapidly, authorities say.

A warning is issued when hazardous weather or a hydrologic event is occurring, imminent or likely.

LOOKING AHEAD: A Wind Advisory & Red Flag Warning will be in place for all of southern Nevada Sunday. Gusts to 50 mph + low relative humidity brings fire danger and the potential for blowing dust. Make those outdoor plans for TODAY rather than tomorrow! pic.twitter.com/l6XeQlE4hl

ORIGINAL STORY
LAS VEGAS (KTNV) -- There’s about to be a big change in the weather for the Las Vegas valley.

A potent low-pressure system will bring 20 to 25mph winds from the southwest to Southern Nevada on Sunday.

A Wind Advisory and Red Flag Warning due to the increased risk for fires will be in place from 11 a.m. to 11 p.m. Sunday.

A Dust Advisory has also been issued for Sunday because of the possibility of elevated levels of blowing dust.

Not only will it be windy, but the temperatures in the valley will also drop nearly 20 degrees. The daytime high for Sunday is expected to be 102 and the high on Monday will only be 90 degrees, which would be the 2nd coolest high for June 29 in the history of the Las Vegas valley. The coolest high ever recorded for June 29 is 85 degrees in 1938.

Tuesday’s high is expected to be 93. Temperatures will be closer to normal for Las Vegas by the end of the week. .