Progress is being made on the Mahogany fire near Mt. Charleston. Officials say it's now officially 64% contained, which is up 40% from yesterday. 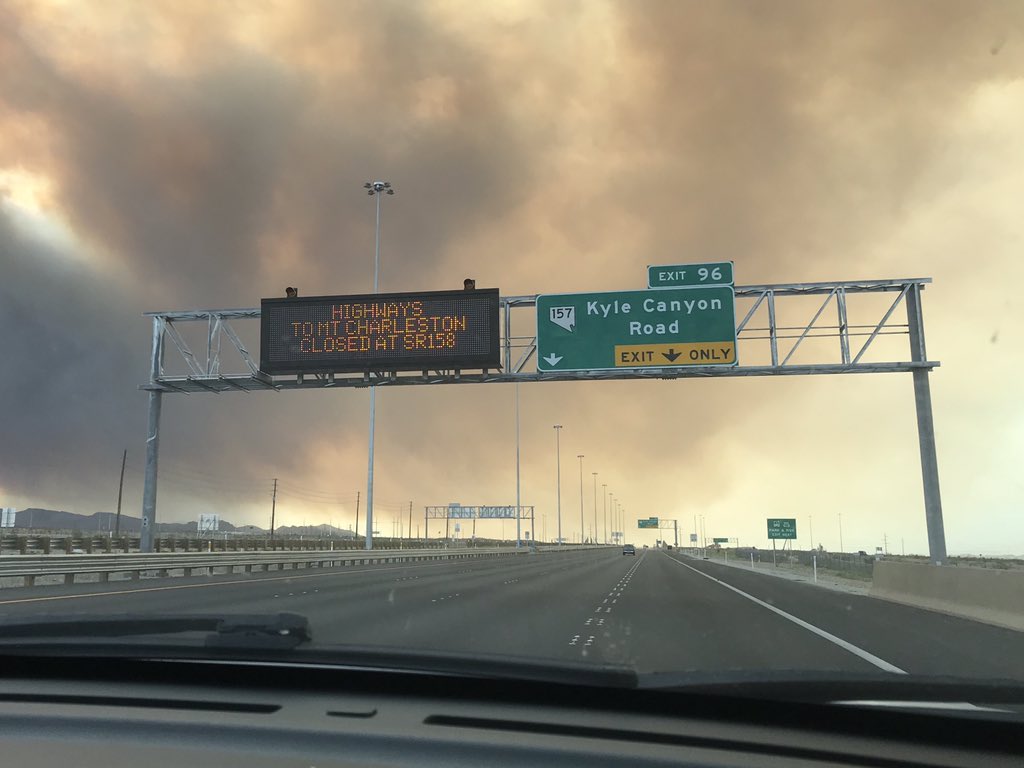 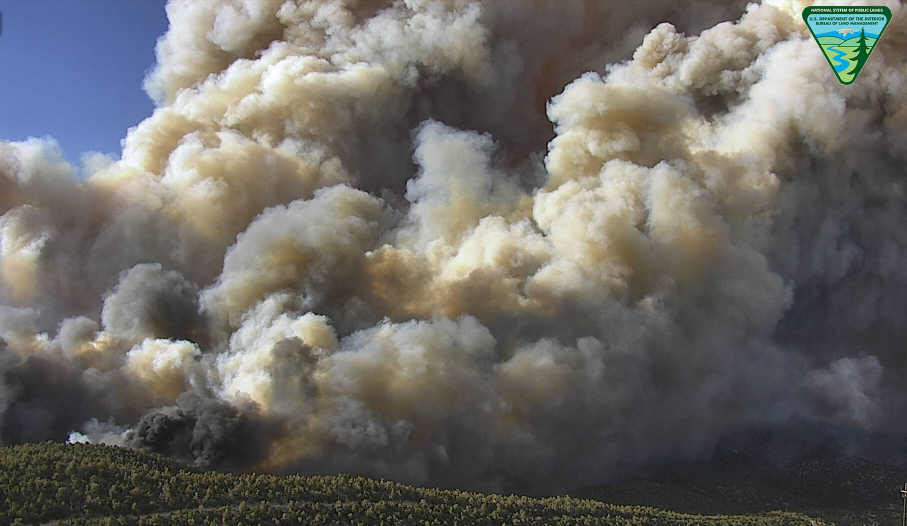 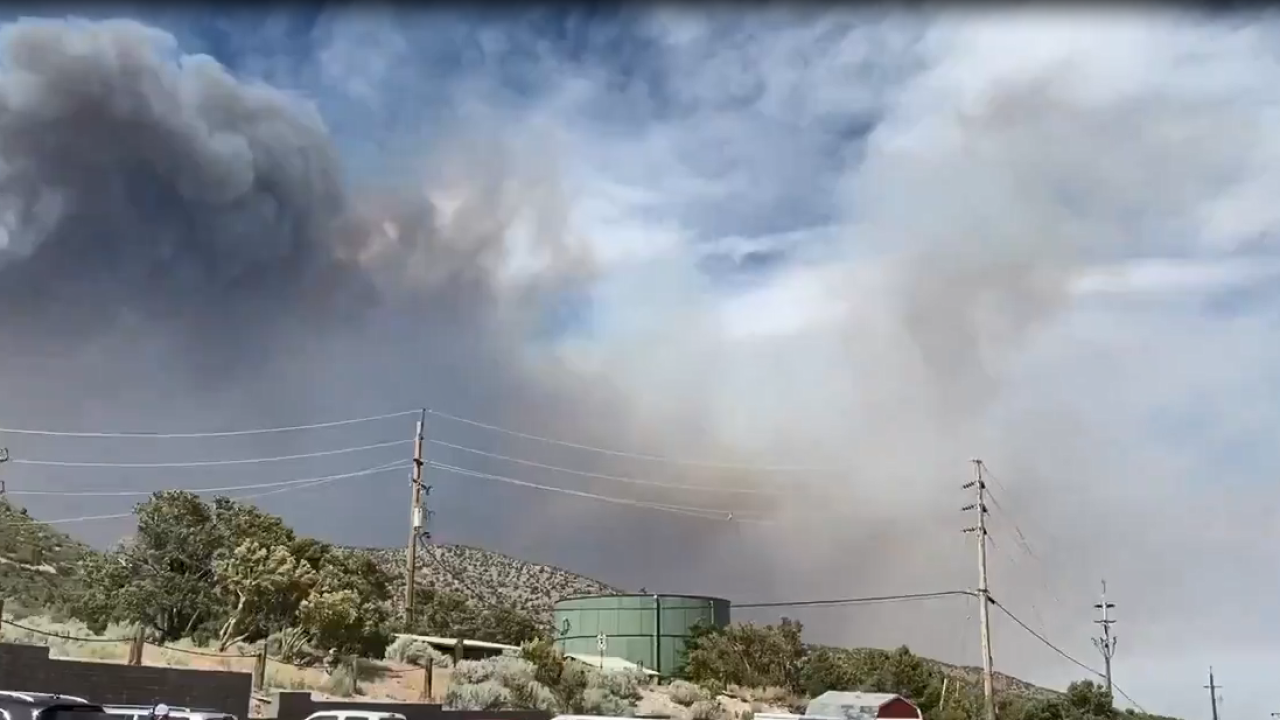 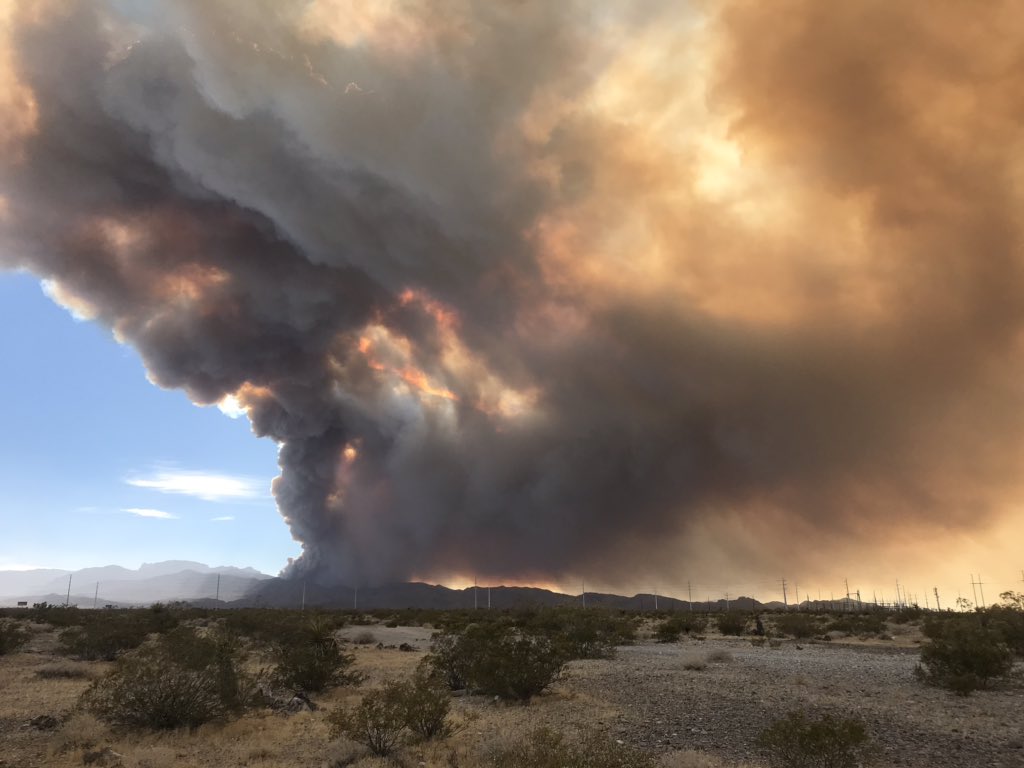 UPDATE JULY 3 8:23 A.M.
The Mahogany Fire remains 2,794 acres and is 64% contained. Authorities say it was caused by humans. Click here for the latest information from the U.S. Forest Service.

UPDATE JULY 2 8 P.M.
The Mahogany Fire remains 2,794 acres and is 64% contained. Click here for the latest information from the U.S. Forest Service.

UPDATE JULY 1 8 P.M.
The Mahogany Fire remains 2,794 acres and is 40% contained. Click here for the latest information from the U.S. Forest Service.

UPDATE JULY 1 5:30 A.M.
As of this morning, reports show the Mahogany Fire remains 2,794 acres and 10% contained. We are monitoring the fire closely, check back for updates. Click here for the latest information from the U.S. Forest Service.

Kyle Canyon and Lee Canyon are now open, though SR 158 remains closed. Voluntary evacuations have been lifted for Lee Canyon residents. MANDATORY evacuations are still in place for Spring Mountain Youth Camp and other buildings near Angel Peak.

Firefighters are making good progress on the #MahoganyFire. Several large airtankers and helicopters are providing aerial support with retardant and bucket work. Due to more accurate mapping, updated size is 3,040 acres with 0% containment. https://t.co/IjztBCAui1 pic.twitter.com/qbX7xvX3dH

UPDATE JUNE 29 11:30 A.M. The U.S. Forest Service says air tankers have arrived to drop fire retardant on the flames of the Mahogany Fire. Firefighters are now battling three separate fires. The largest of the three is the Mahogany fire with two smaller fires, about 20 acres, near Wallace Canyon. Investigators believe the Wallace Canyon fire may have been sparked by lightning.

🔥#MahoganyFire update: Our evacuation center at James H. Bilbray Elementary School (9370 Brent Lane, Las Vegas, NV 89143) is open this morning to residents of Mt. Charleston who are still without power.

UPDATE JUNE 29 7:24 A.M. The Mahogany Fire remains 5,000 acres and 0% contained on Mt. Charleston this morning. Crews say "human behavior" may be to blame for the cause of the fire, though the investigation continues.

Here's the latest on the fire, according to the US Forest Service.

UPDATE: US Forest Service says the #MahoganyFire *may have been caused by human behavior (investigation pending.) No buildings damaged. They say the fire fight is “far from over” and expect activity to pick up this afternoon. @KTNV pic.twitter.com/KFFj8PDZ7y

UPDATE JUNE 29 6:29 A.M. Winds may be calm enough this morning to allow crews to battle the fire with an aircraft. READ MORE

13 Action News Meteorologist and Justin Bruce and Reporter Kelsey McFarland are each following the fire closely. Follow them on Twitter @just1nbruce and @KelseyMarie_TV.

9:30 P.M.
The American Red Cross of Nevada is opening an evacuation center for residents of Mt. Charleston affected by the Mahogany Fire. they are offering services and assistance at James H. Bilbray Elementary School at 9370 Brent Lane, Las Vegas, NV 89143.

13 Actions News has been informed that youth at Spring Mountain Youth Camp near the fire have been taken to the Juvenile Detention Center at 651 N Pecos Rd, Las Vegas, NV 89101.

#update Due to the Mahogany Fire SR156/SR157/SR158 will have hard closures for at least the next 72 hours. Stay away from the area so fire crews can position resources in the area. Check back for updates and follow @HumboldtToiyabe for the latest info. #mahoganyfire #nhpsocomm

8 P.M.
The Mahogany Fire is burning near the Mahogany Grove Campground off of Deer Creek Road between Kyle and Lee Canyon on the Spring Mountains National Recreation Area. Local, state, county, and federal firefighters are on scene.

Fire officials say the Mahogany Fire is burning in pinyon-juniper and brush and is exhibiting extreme fire behavior, posing containment issues to firefighters.

Aerial firefighting resources are unable to assist due to high winds. Lee Canyon has been evacuated.

An order for a Type 2 Interagency Incident Management Team has been placed.

The fire caught Sheena Montegrande and her boyfriend off-guard while hiking on the mountain.

The saw the fire grow and the smoke change color earlier in the afternoon.

“I didn’t think it was going to be this bad, but we were super scared," says Montegrande. “As we were booking it down, we just see it change from white to black and then get bigger and bigger.”

7:15 P.M.
Fire officials say the Mahogany Fire is now at 5,000 acres, 0% contained, and continues to move east. Lee Canyon has been evacuated.

ORIGINAL STORY: The Mt. Charleston Fire Protection District (MFPD) responded to a report of an outside brush fire in Mt. Charleston east of Archery Range/Deer Creek on June 28 at about 2:41 p.m.

Four units from the MFPD responded and reported smoke and flames estimating ten acres involved and the fire moving toward the southwest fueled by winds 20-30 mph.

Dear Creek Highway near Kyle Canyon Road is closed in both directions on the mountain as a result. Use alternate routes.

Firefighters are making an offensive wildland attack on the fire.

The focus remains on containing and extinguishing the flames as well as protecting exposed structures.

Approximately twelve units are responding or on the scene from the following agencies:

The incident is emerging, with no injuries reported and no confirmed containment.