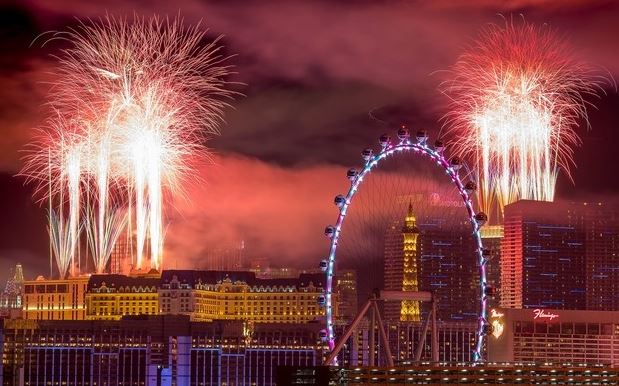 Las Vegas police reported no major incidents during the New Year's Eve celebration on the Las Vegas Strip and the Fremont Street Experience. 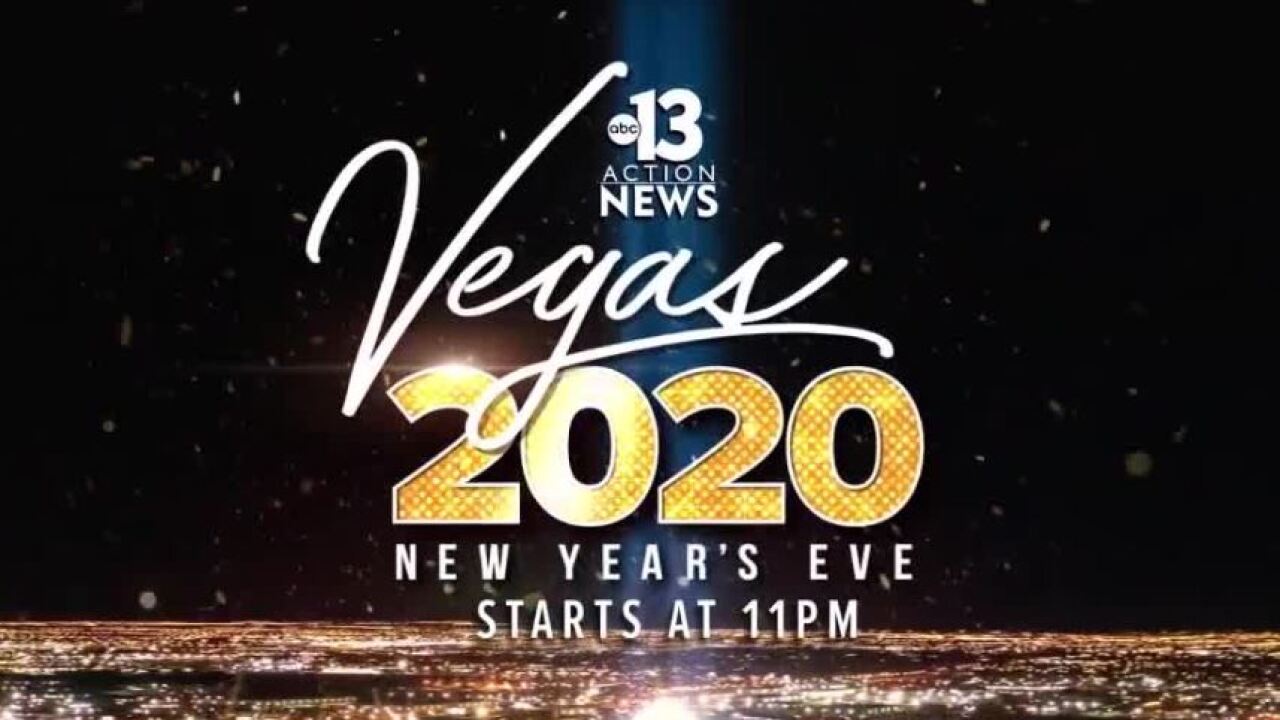 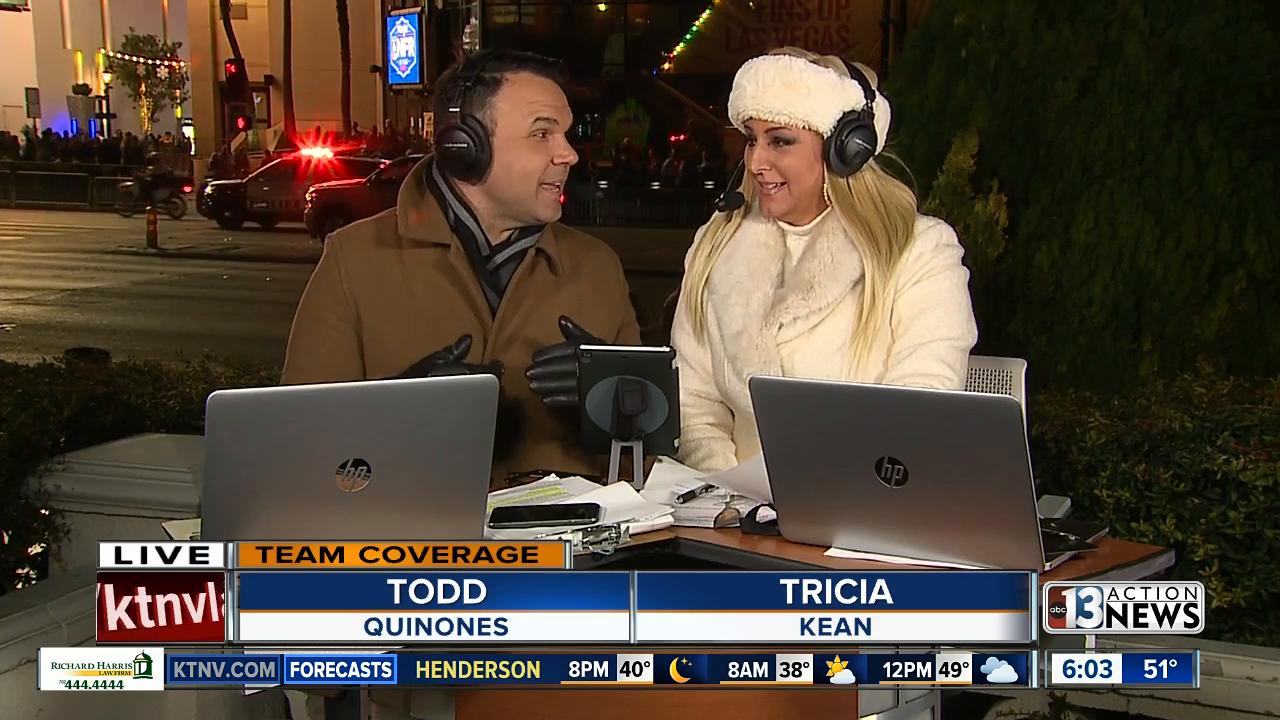 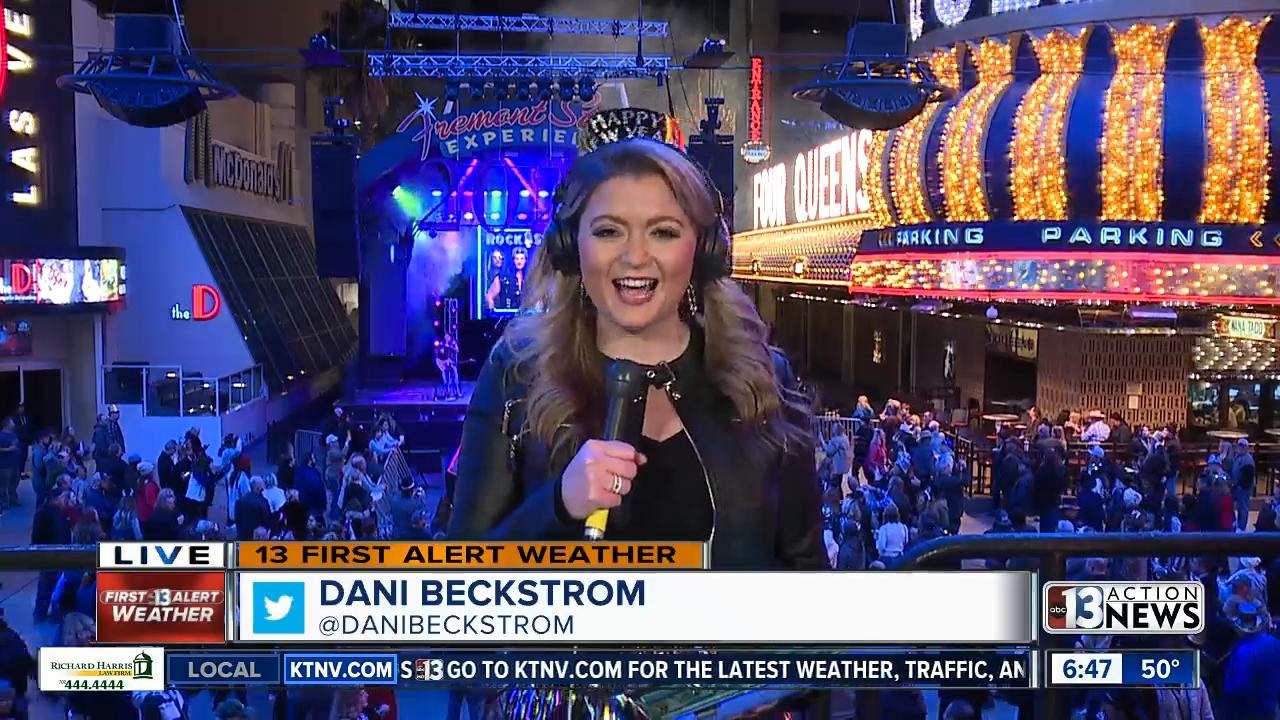 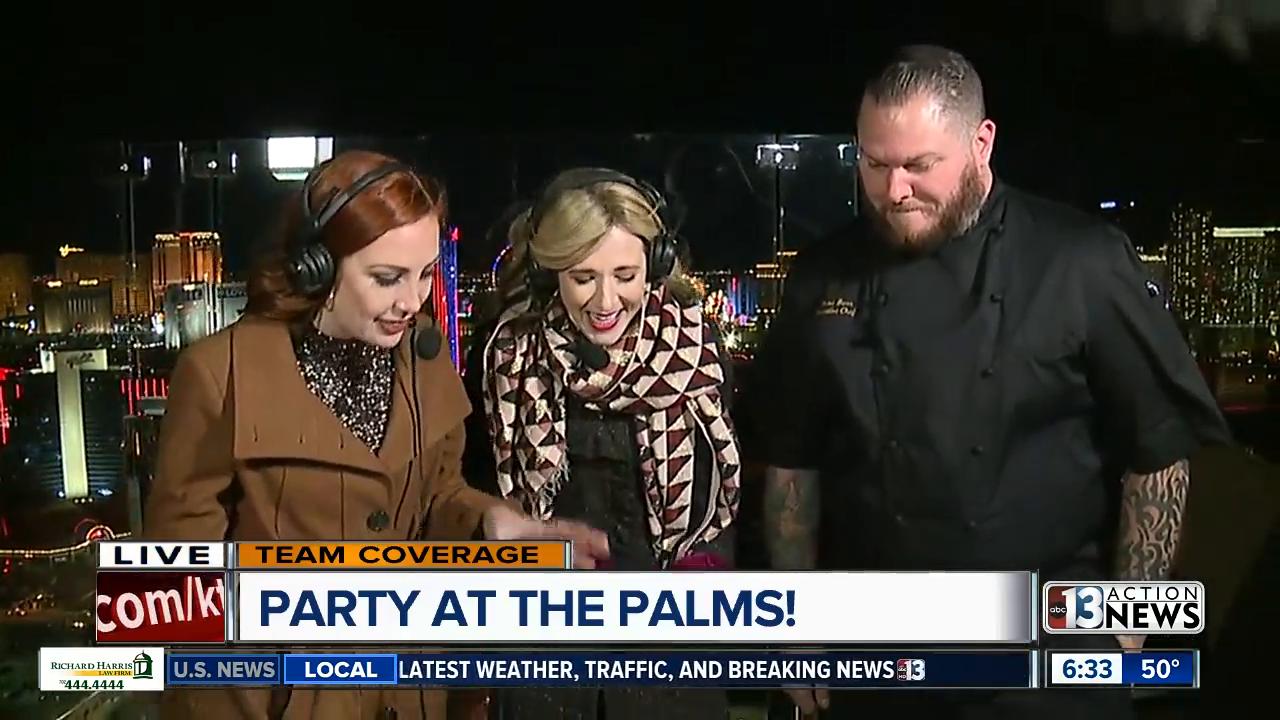 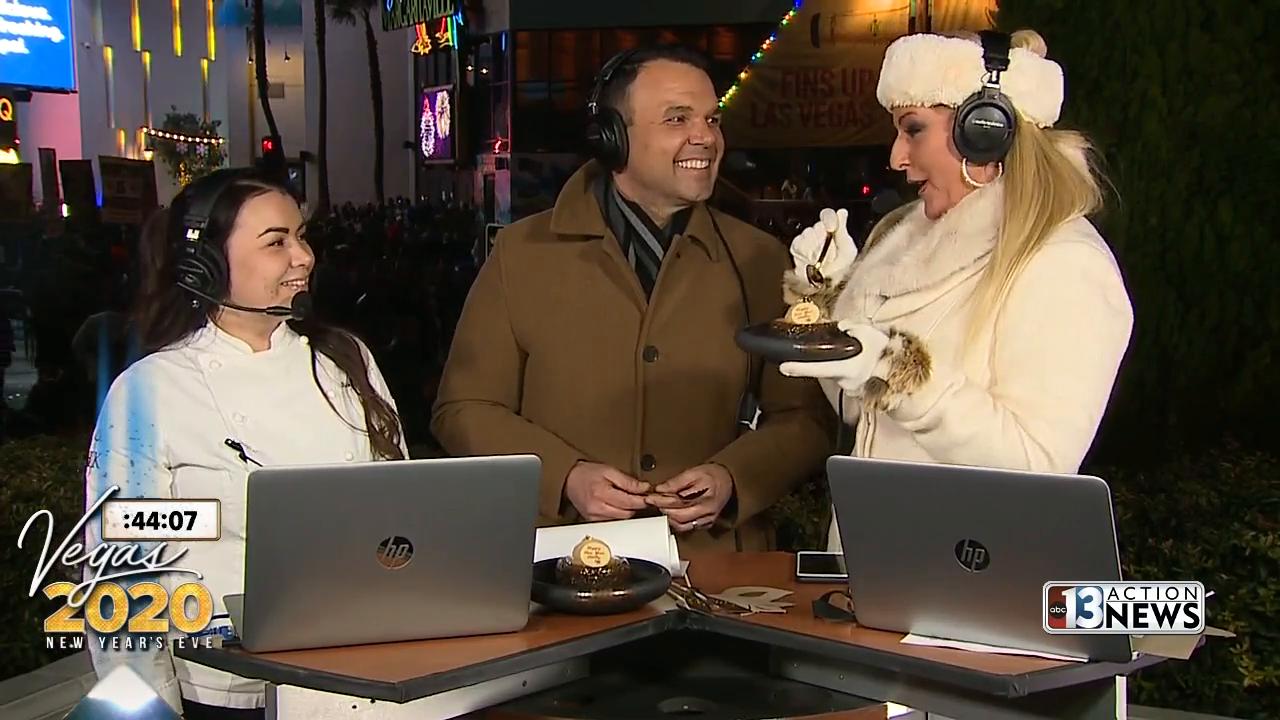 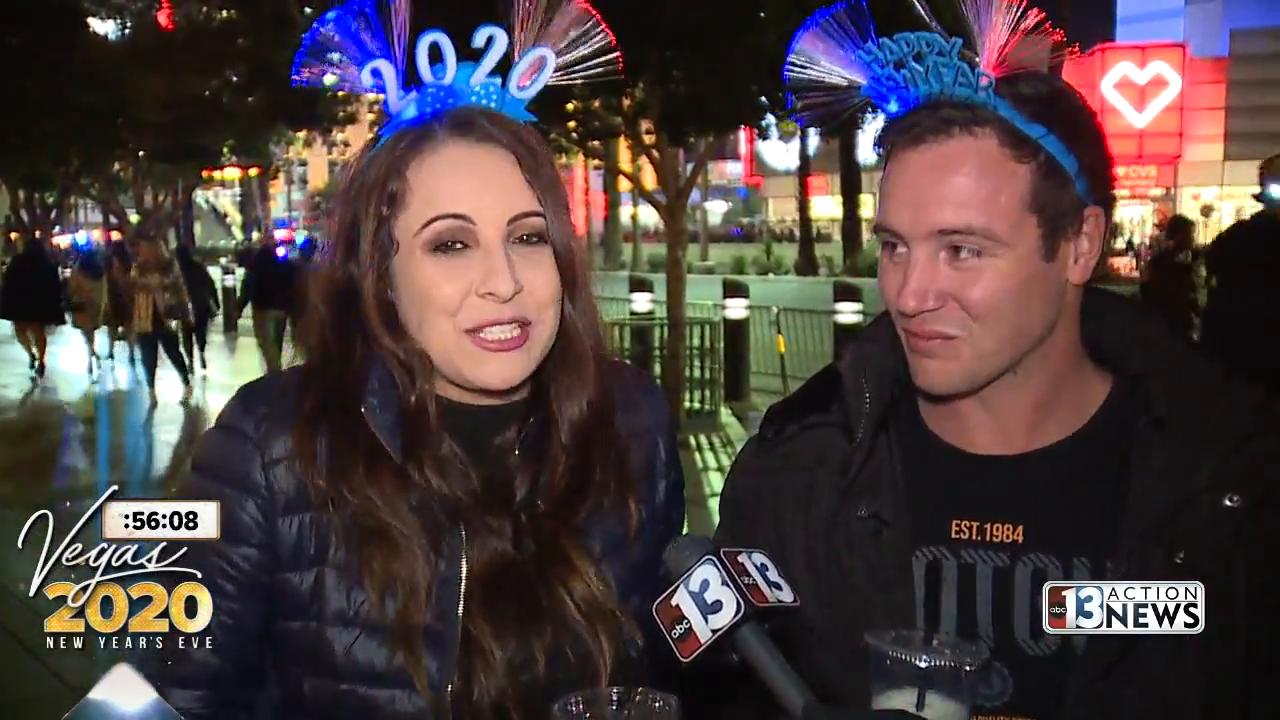 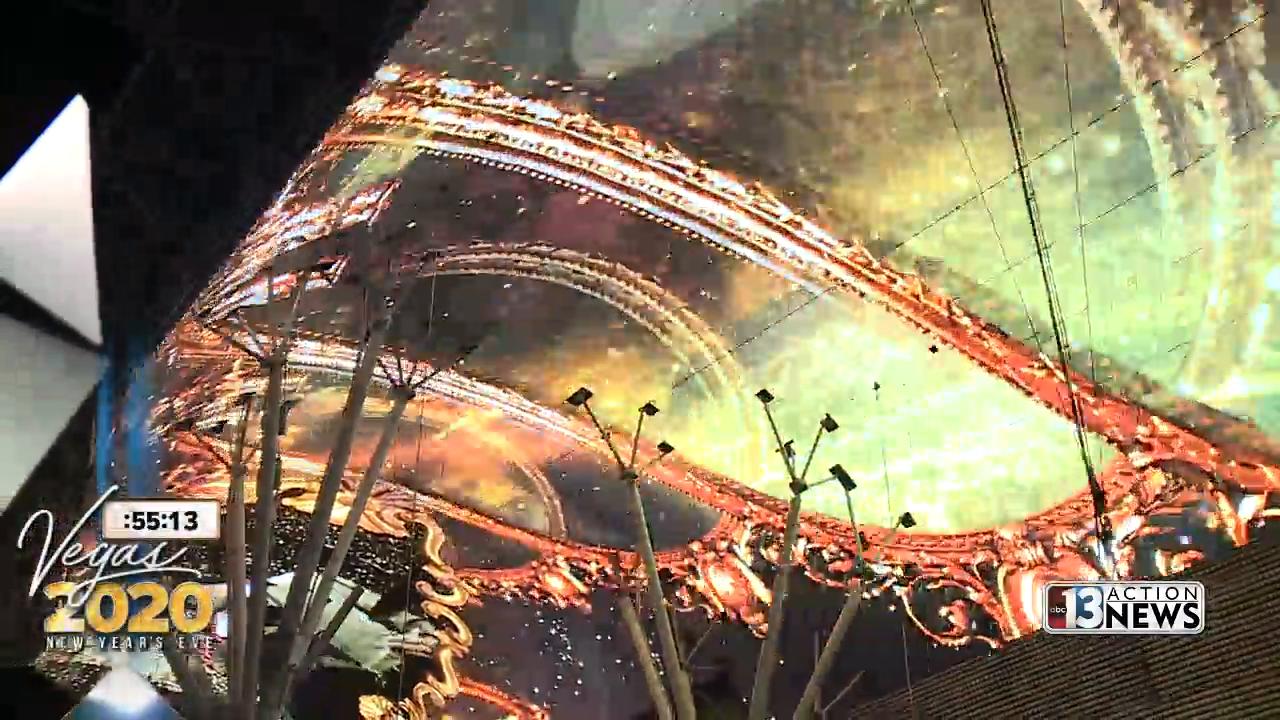 13 Action News has multiple crews stationed around the valley for New Year's Eve, including crews on Las Vegas Strip, Fremont Street Experience and on top of the Palms hotel-casino.

WATCH THE FIREWORKS AGAIN BELOW


OVERNIGHT
Las Vegas police reported no major incidents during the New Year's Eve celebration on the Las Vegas Strip and the Fremont Street Experience. However, there were three felony and 12 misdemeanor arrests with four citations issued along with 20 medical transports, according to authorities.

Well, the NYE show was fun... the breakdown of all the gear was not as fun. Aannnddd then the loading into the car is even less fun. But we got through it! Good job team. @KTNV pic.twitter.com/BA96j4bEAl

12:42 A.M.
According to Clark County, a total of 18 people have been transported to local hospitals. At least 10 of those transports was related to alcohol.

12:13 A.M.
Las Vegas Fire & Rescue says that they have transported one adult to UMC Trauma after a serious fireworks-related incident at approximately 11:30 p.m.

Here are some resolutions from our Las Vegas headliners, including Mr. Las Vegas Wayne Newton.


11:55 P.M.
Mayor Carolyn Goodman and former mayor Oscar Goodman took the stage on Fremont Street shortly before midnight. However, when the former mayor asked a question of the crowd, it didn't quite go as expected.

#ICYMI When former mayor @OscarBGoodmanLV asked what was the greatest city in the history of the world, he didn't quite get the response he expected. #VegasNYE #Vegas2020 pic.twitter.com/9dqydFr0yD

Check out that new screen on Viva Vision at @FSELV in downtown #LasVegas 🙌 The canopy received a $32M renovation, officially unveiled tonight.

11 P.M.
Clark County says three more people were hospitalized for a total of seven people since 8:30 p.m. All of them from the Strip or downtown Las Vegas, the county says.

10:48 P.M.
The party is Opumping at the Palms. Don't miss the special countdown to midnight on their LED wall.

The DJ at Apex is KILLIN IT! The best throwback songs. We’re having way too much fun at the @Palms!! Don’t worry, he didn’t actually give me control.. if he had we’d be listening to Party in the USA on repeat. Thanks @DJIkon!!💃🏼 #Vegas2020 #NYE2020 @KTNV pic.twitter.com/P36h0FEhJW

10:44 P.M.
Nevada Highway Patrol shared a photograph is a totaled car near the US-95 and Interstate 15. The driver was arrested on suspicion of DUI, NHP says.

#isitworthit This driver not only totaled his vehicle, he was also arrested on suspicion of DUI. This could have easily been a injury or fatal crash. Thankfully this guy will have the night in jail to think about his poor decisions. #drivesober #drivesafenv #lasvegas #nhpsocomm pic.twitter.com/wQrWkTAL8d

10:39 P.M.
Clark County says that 4 people have been transported so far tonight to local hospitals from the Las Vegas Strip.

Four have been transported to local hospitals from the Las Vegas Strip so far tonight, including one who consumed drugs and three who drank too much #VegasNYE #Vegas2020 @ClarkCountyFD

10:15 P.M.
The crowd is growing in downtown Las Vegas. There are 11 bands throughout the night.

Sorry to the other @KTNV crews, but we’re having the most fun! Thanks for having us @PBRRockBar! #VegasNYE #Vegas2020 pic.twitter.com/m1syUDZhLk

9:58 P.M.
Looks like the party is gathering steam on the Las Vegas Strip and in downtown Las Vegas.

The party is picking up on the #LasVegas strip, especially @PBRRockBar... tune in to @KTNV at 11pm as we bring you America’s Party live from the strip! #Vegas2020 #vegasnye pic.twitter.com/4EMznVFd3p

🎆👮‍♂️LVMPD Traffic🎆👮‍♂️
Traffic officers dedicated to DUI enforcement have been on the streets since 7:30pm. In 2 hours, 10 impaired drivers have been given a one-way trip to the Clark County Detention Center or LV City Jail!!! #WeWillTakeYouStraightToJail #Where'sMyCar #TowYard pic.twitter.com/y4N6yUpxW9

8:30 P.M.
Chopper 13 is flying high above Las Vegas tonight. It will be shooting the fireworks on the Las Vegas Strip and a special countdown to midnight on the giant LED wall at the Palms hotel-casino.

Good evening and Happy New Year from the chopper crew and the whole team ⁦@KTNV⁩. Hope everyone has a safe #NYE2020. Be sure to tune in at 11p and watch our NYE special starting at 11:30 as we count down to midnight. pic.twitter.com/h7Cf8PKXDZ

8:20 P.M.
Gov. Steve Sisolak says he stopped by the Vegas Fusion Center where local, state and federal agencies are keeping an eye on Las Vegas.

Just stopped by the Vegas fusion center where local, state, and federal agencies are coordinating in real-time to maximize their ability to detect, prevent, investigate, and respond to any potential public safety threats this New Year’s Eve. Thank you for keeping us safe! pic.twitter.com/eSC1e2xoy5

In case you thought we were joking. This was just a few minutes ago on Las Vegas Blvd near the M Resort. A wrong way driver. Please be extremely careful tonight if you have to travel, and do so responsibly. #drivesafenv #drivesober #nhpsocomm pic.twitter.com/aZU91IHeG9

7:45 P.M.
Nevada Highway Patrol says it took 4 suspected DUI drivers to jail and stopped many other speeding motorists between 4 and 7 p.m.

#wetoldyouso From 4pm to 7pm we have already taken 4 DUI drivers to jail and have stopped many motorists for excessive speed. Be safe out there folks. #NYE #lasvegas #nhpsocomm pic.twitter.com/yXg24DfxOj

7:40 P.M.
There are hundreds of police officers working in the Las Vegas valley tonight.

Officers of the @LVMPD along the Las Vegas Boulevard. pic.twitter.com/EZuLstgV8W

Our Emergency Operations Center is open tonight to provide support to the Las Vegas Valley for New Year’s Eve crowds. This is a service our city provides to help ensure a safe Southern Nevada. #NewYearsEve pic.twitter.com/xgxxp3z9k7

Road closures are in full effect, according to Las Vegas Metropolitan Police Department.

6:45 P.M.
All inbound roads leading onto the Las Vegas Strip are fully closed to traffic.

Happy New Year's Eve from the @Palms - @leahpezzetti and I are certain we hit the location jackpot tonight, hanging on the 55th floor at Apex Social Club. We're ringing in the new year with a 2020 handshake, which I screwed up but oh well 🤝 @KTNV pic.twitter.com/QAYRTTcM13

Fremont Street is the place to BE for #VegasNYE!! @DerekJStevens joined @Joe_Bartels to break down the latest and greatest from downtown @CityOfLasVegas and I have your forecast all night on @KTNV #Vegas2020! pic.twitter.com/q7qQjixE5u

We are rocking here on @FSELV! I hope you are enjoying the show live on @KTNV pic.twitter.com/rN3cb6Ut6m

I’m up in @KTNVChopper13 keeping a watch of the roads as you head out for #VegasNYE!

Lots of MAJOR closures to be aware of. Tune in next at 6 🚁 @KTNV pic.twitter.com/GlrE78rgzz

13 Action News began broadcasting from the Las Vegas Strip, Fremont Street Experience and from the top of the Palms hotel-casino.

Our #KTNV team is throughout #LasVegas and ready to ring in 2020 with you. Our special #NewYearsEve show starts at 11p.m. #Vegas2020 #Hello2020 pic.twitter.com/rwoiRpq2L5

If you want to avoid the roadways on New Year's Eve, 13 Action News will be live from the Las Vegas Strip and downtown Las Vegas to celebrate with the best live music and fireworks.