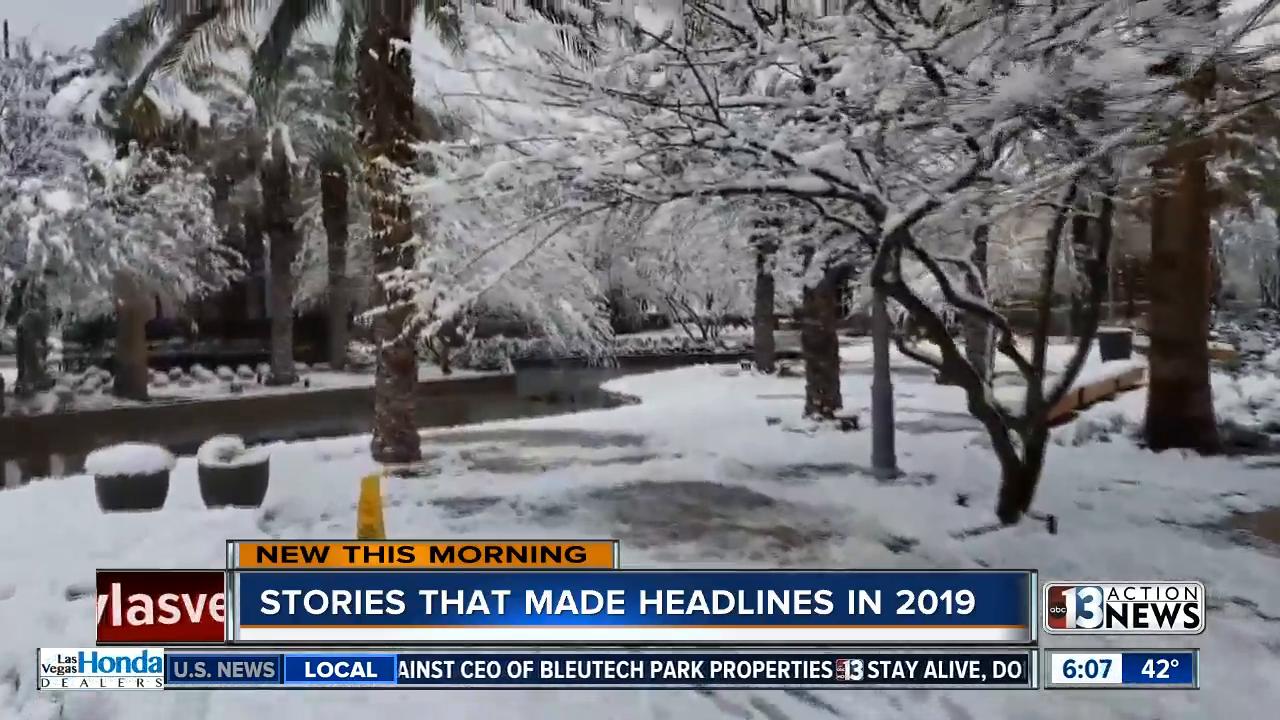 Here are the stories that made headlines in 2019.

LAS VEGAS (KTNV) — Here are the stories that made headlines in 2019.

In March, the college admission scandal was one of the biggest stories of the year nationally and 2 Las Vegas parents were also involved.

Also in March, a prominent California psychiatrist was found in the desert. His girlfriend, a Playboy model Kelsey Turner, and two others were arrested. Turner has pled not guilty.

A Las Vegas sports bettor became known as Jeopardy James when he won close to $2.5 million on the popular game show "Jeopardy." He'll be playing again in January in a GOAT tournament on ABC.

One of the craziest stories of the year involved a retired Las Vegas detective who is accused of shooting her former son-in-law in cold blood. Pamela Bourdeaux is claiming self-defense, but prosecutors say it was an ambush.

As we closed out the summer and started thinking about school, teachers were thinking about striking. They took a stand against the school district, demanding better pay and benefits. Even Gov. Sisolak joined the fight.

One of the biggest stories of the year started as a viral Facebook post about an event titled "Storm Area 51." Millions of people responding, claiming they were planning to travel to Nevada to storm a classified military base in the middle of the desert.

The world was watching when a Naruto runner ran behind investigative reporter Joe Bartels as he was giving a live report on television.

The legal fallout over the event continues today.

2019 closed with a tragedy -- one of the deadliest fires in the history of Las Vegas. 6 people were killed during a fire at the downtown Alpine Motel Apartments.