Some people living on Heavenly View Court, near Desert Inn and Rainbow Blvd., say they are living in short-term rental hell, filled with loud parties, bikini clad women and other disruptions.

In particular, one single family home looked more like a used car lot, with an endless stream of vehicles with out-of-state plates, since March 2017. A Clark County spokesperson confirms two homes in the 3300 block of Heavenly View Court, and another home on nearby Montessouri Street are all under investigation for possibly violating the short-term rental ordinance.

Since 1998, short-term rentals of less than 30 consecutive calendar days have been banned in residential areas of unincorporated Clark County

However, the explosion of internet sites, apps, and their popularity have given way to a dramatic increase in short-term rental listings and complaints in Clark County.

Contact 13 has learned the number of properties under investigation has increased 680% since 2014. 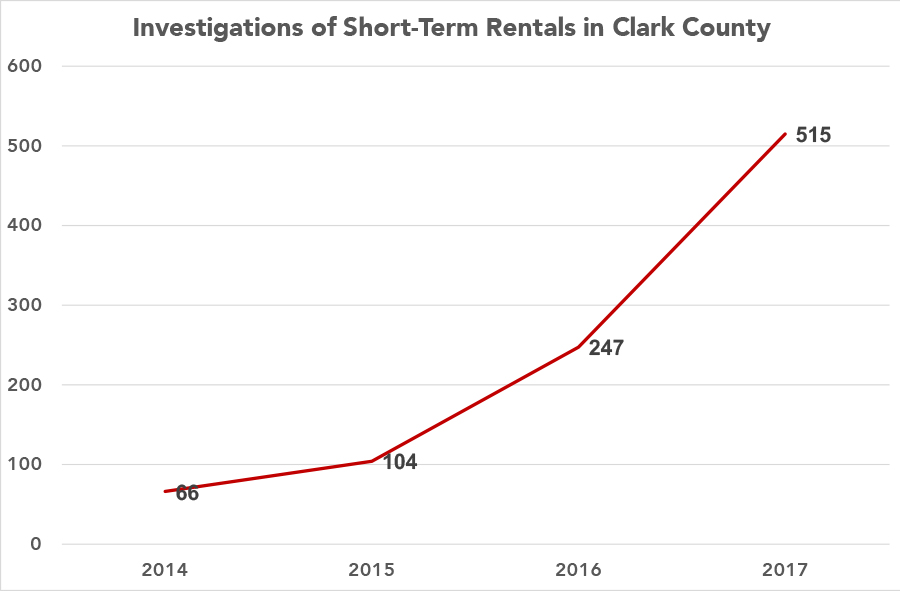 The short-term rental industry is big business, worth $36.6 billion by some estimates.One home rental on Heavenly View Court is going for more than $700 per night.

A Clark County spokesperson says the top priority is homeowner compliance. Investigators will work with the interested parties to a point, before heavy fines are levied. Clark County can slap up to $1,000 per day the property is out of short-term rental compliance.

Contact 13 has uncovered one of the homes currently under investigation is now for sale.

Some neighbors are hoping peace and quiet will return to their divinely named street.

To see an interactive map of short-term rentals in the City of Las Vegas, click here.