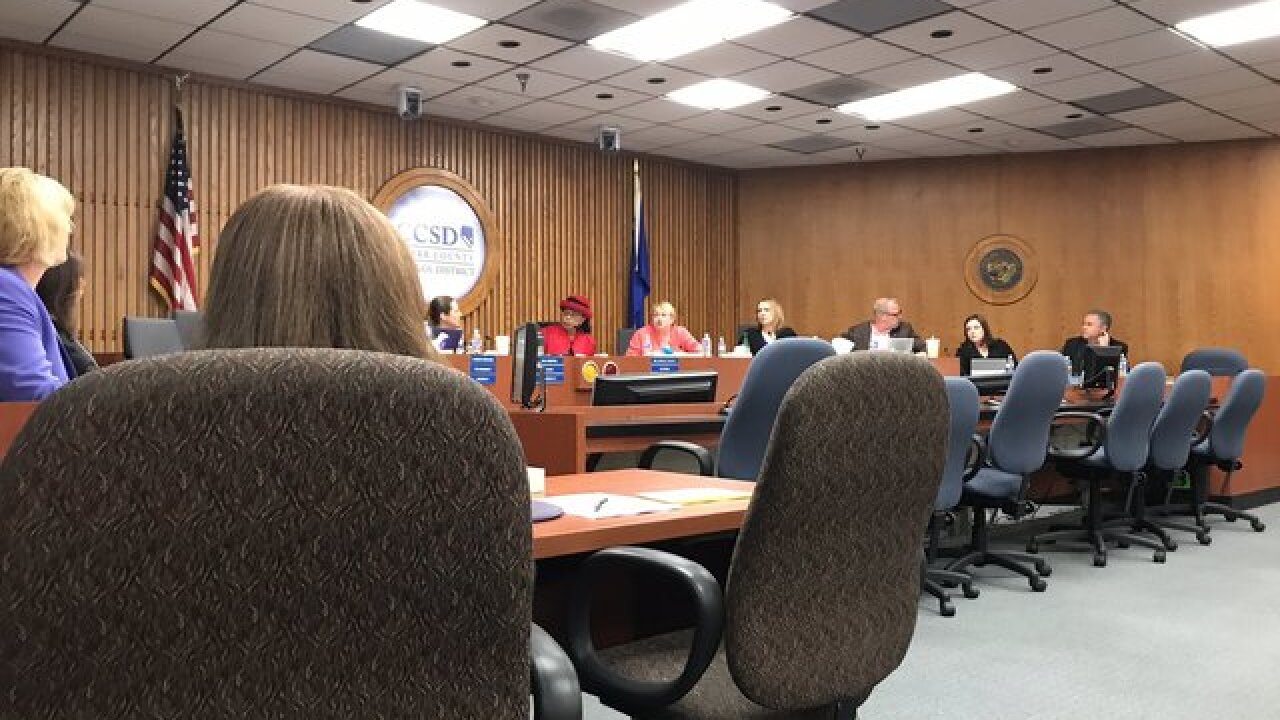 LAS VEGAS (KTNV) — The Clark County School District says it will not cut dean positions from Las Vegas valley schools -- for now -- and is seeking input for alternative ways to address a looming budget shortfall.

Last week, Board of Trustees postponed a vote to eliminate 170 dean positions during a school board meeting.

The cuts were announced by Supt. Jara in June as a way to make up for the school district deficit, but the decision has been controversial.

In a statement released on July 17, the district says it will "host a series of listening sessions on the matter."

Read the full statement below.

Additional time for collaborative engagement was the resounding theme that echoed at last Thursday’s Clark County School District Board of School Trustees meeting from Trustees and community members alike. This week, Cabinet, staff, teachers and principals are participating in roundtable discussion sessions, all in an effort to eliminate the still looming budget shortfall. The district had initially planned to cut $17,000,000 of the near $35 million shortfall by eliminating the Dean of Students position from school sites. Superintendent Dr. Jesus F. Jara, at the July 11, 2019 Board meeting, decided to allow for additional listening sessions to determine if a better solution exists.

Budget cuts are required to balance the budget after the district received news they would receive less funding from the State than necessary to be in compliance. CCSD is mandated to operate under a balanced budget by the State of Nevada. To create additional engagement around the necessary budget reductions, Dr. Jara and the Trustees agreed to table previous proposed budget cut options and host a series of listening sessions on the matter. This is a clear signal that there was a need for additional voices to provide input and indicates an appropriate pause until more discussion occurs.

The roundtables this week started with cabinet members. Additional sessions with principals, teachers, and support professionals are also being held to engage and present ideas that will be impactful. Dr. Jara continues to echo the sentiment that he wants to make sure all viable options have been exercised before he provides an updated recommendation to the Board of School Trustees. Working to balance the budget will be a priority for the district to ensure that our students continue to receive an education experience ripe with options and opportunities.