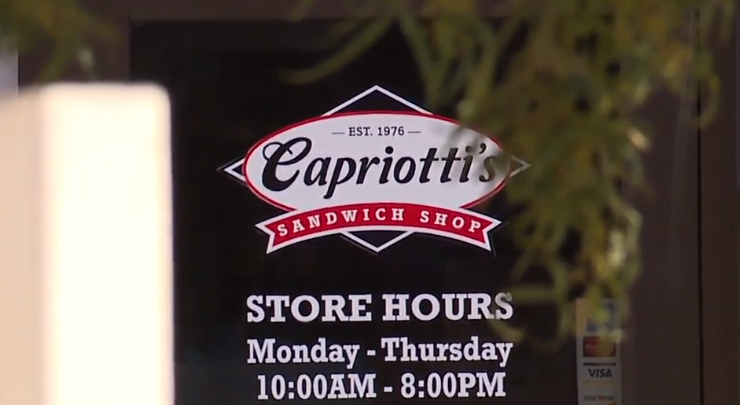 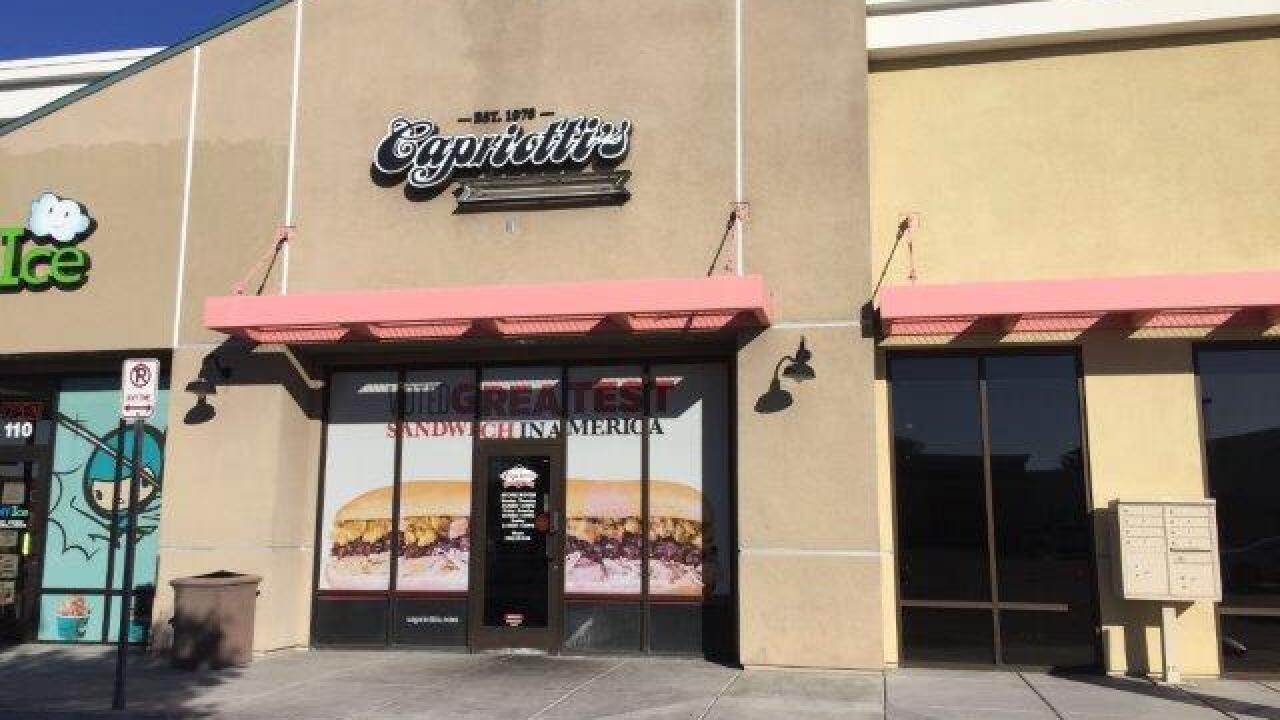 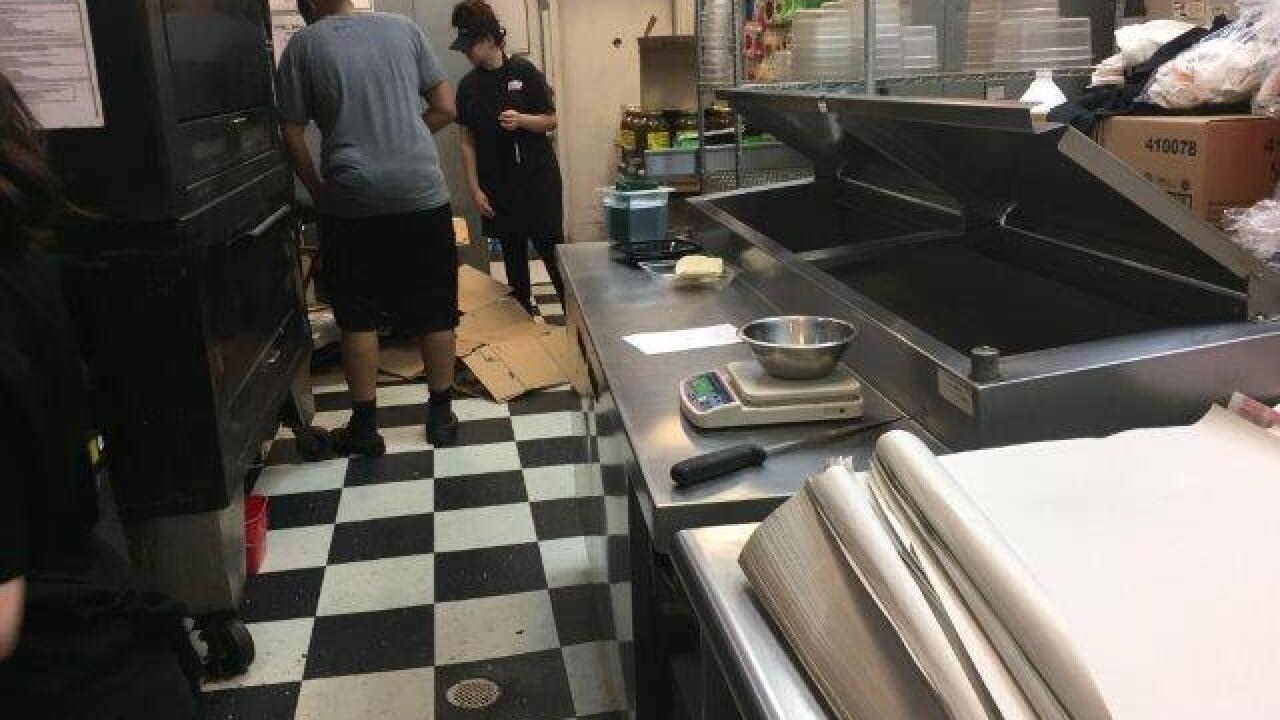 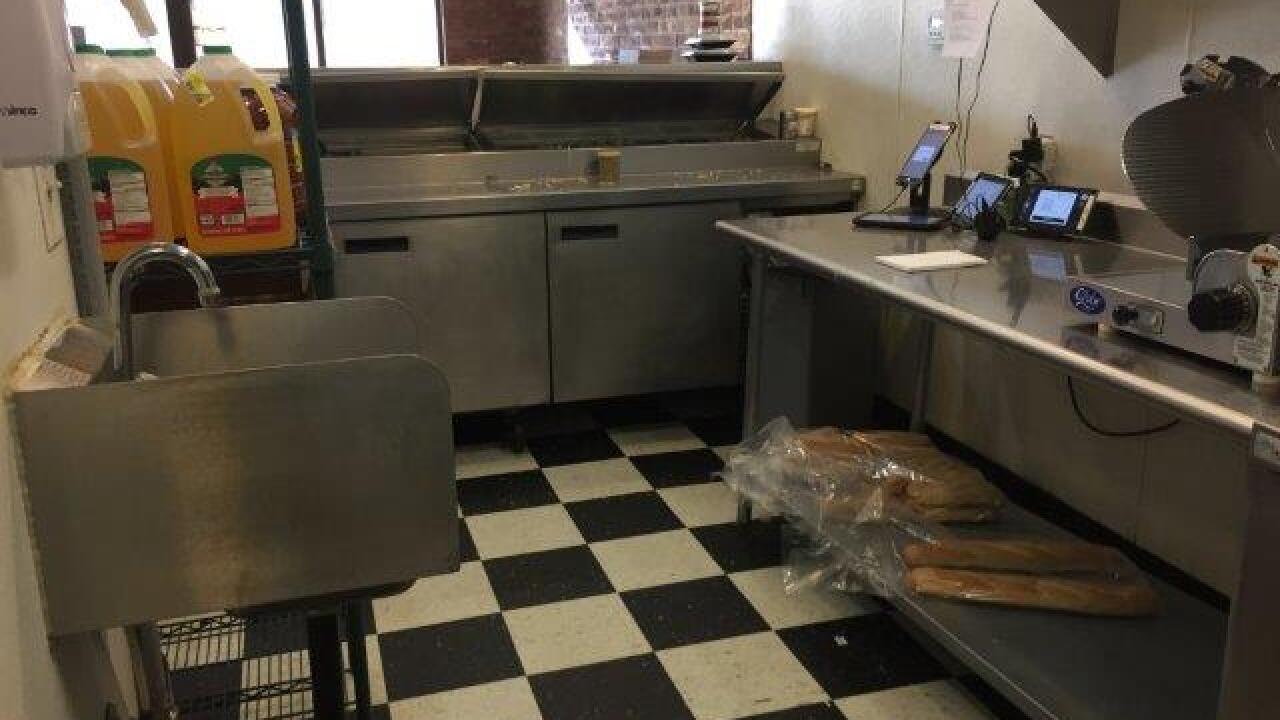 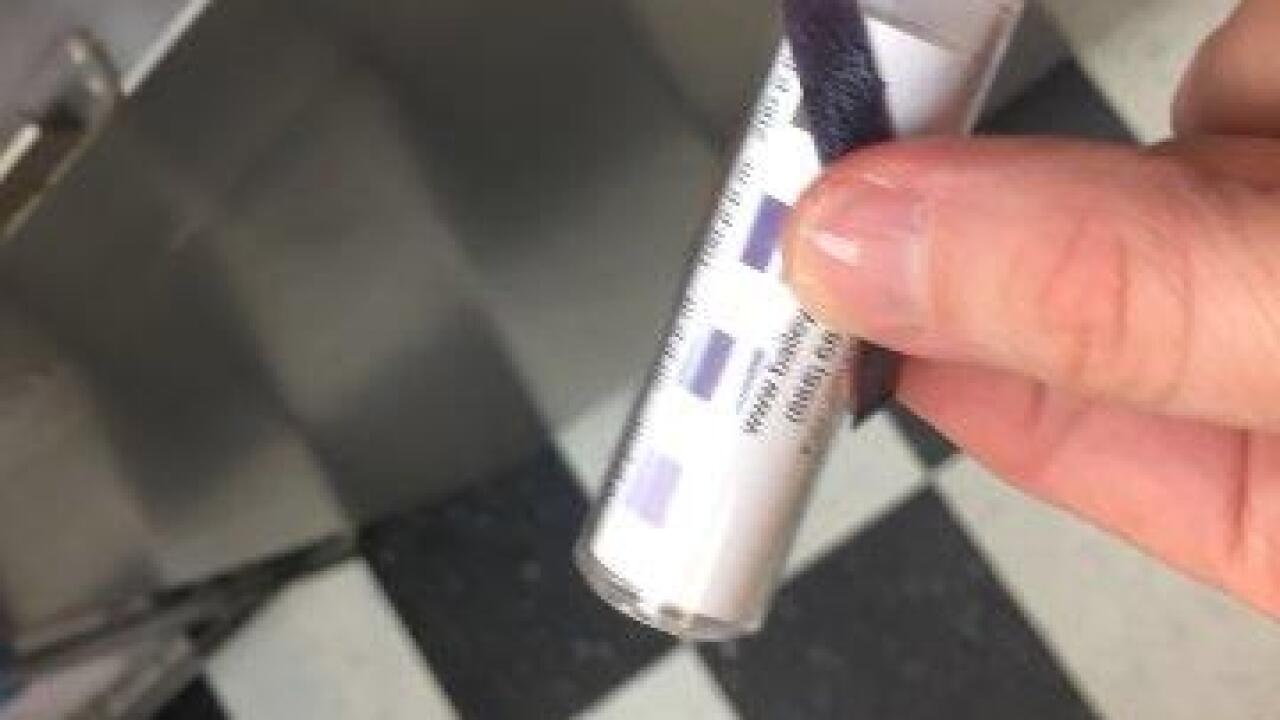 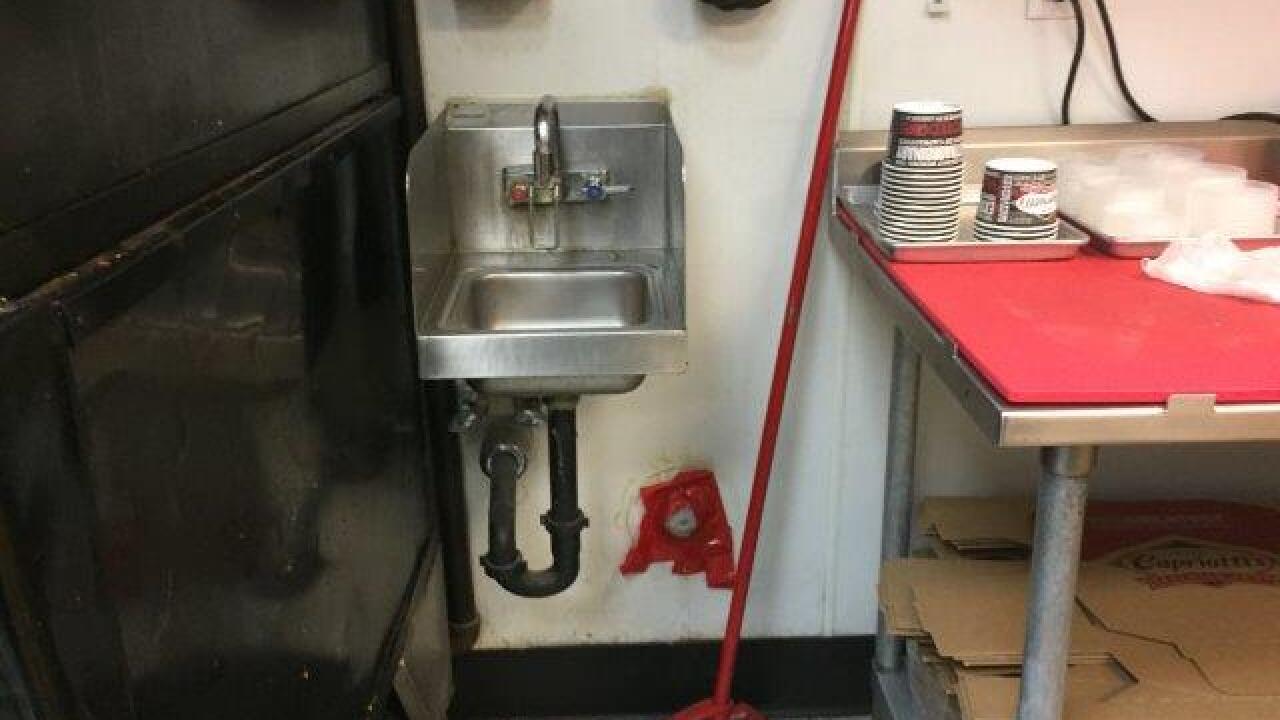 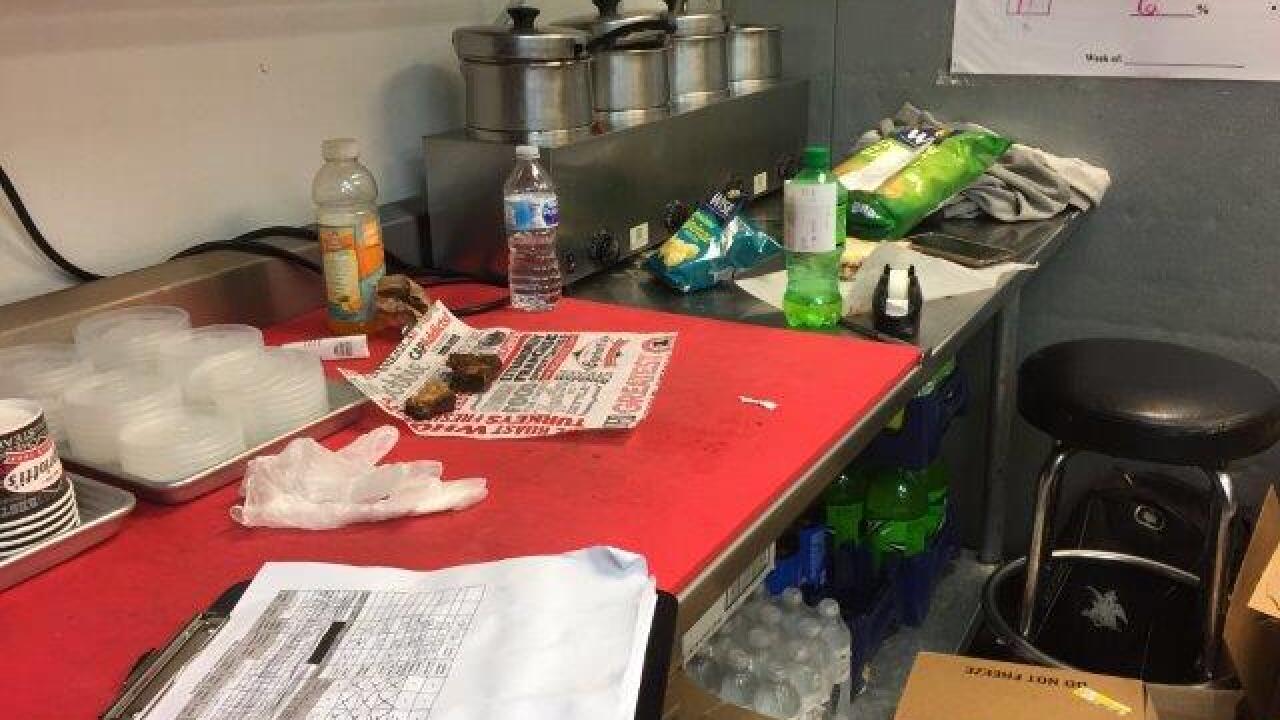 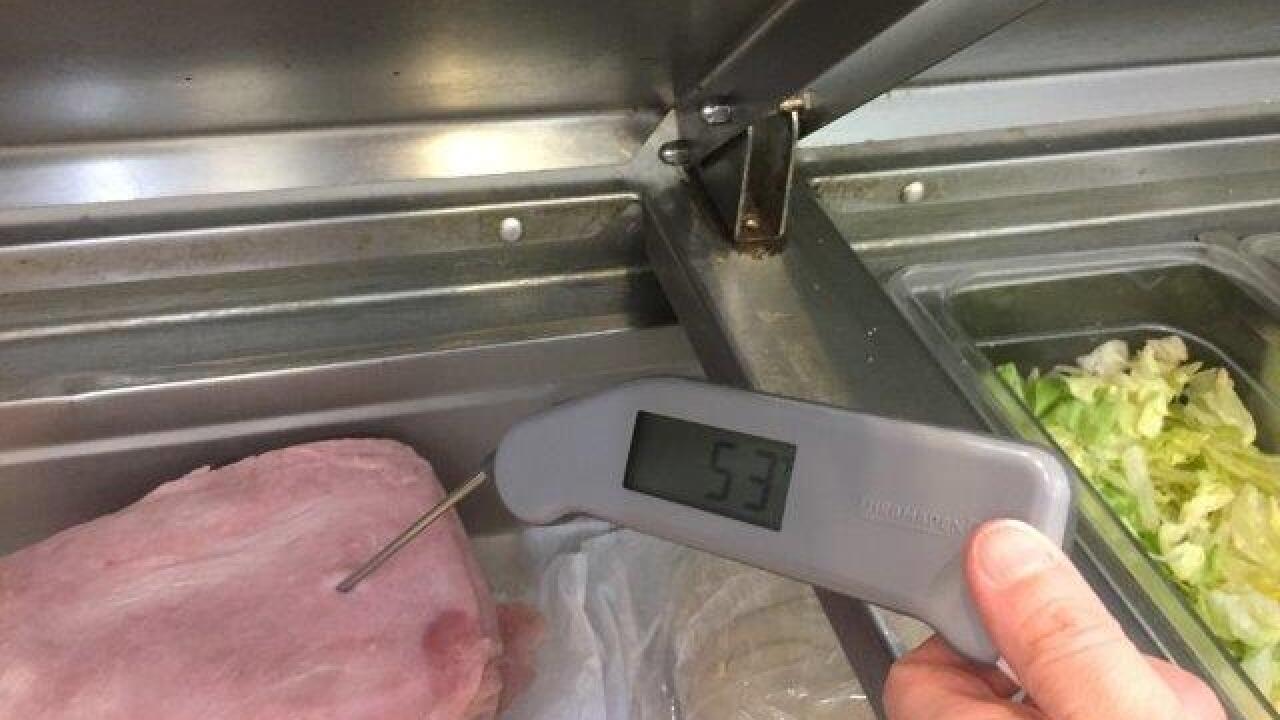 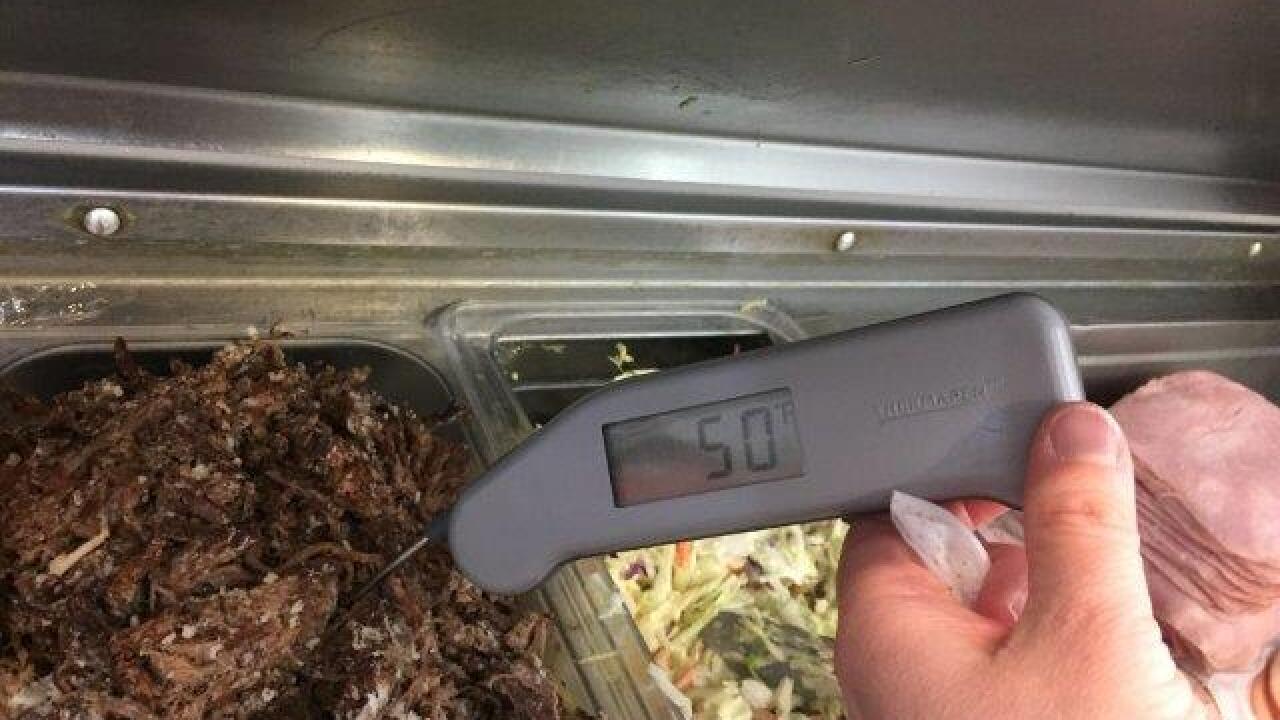 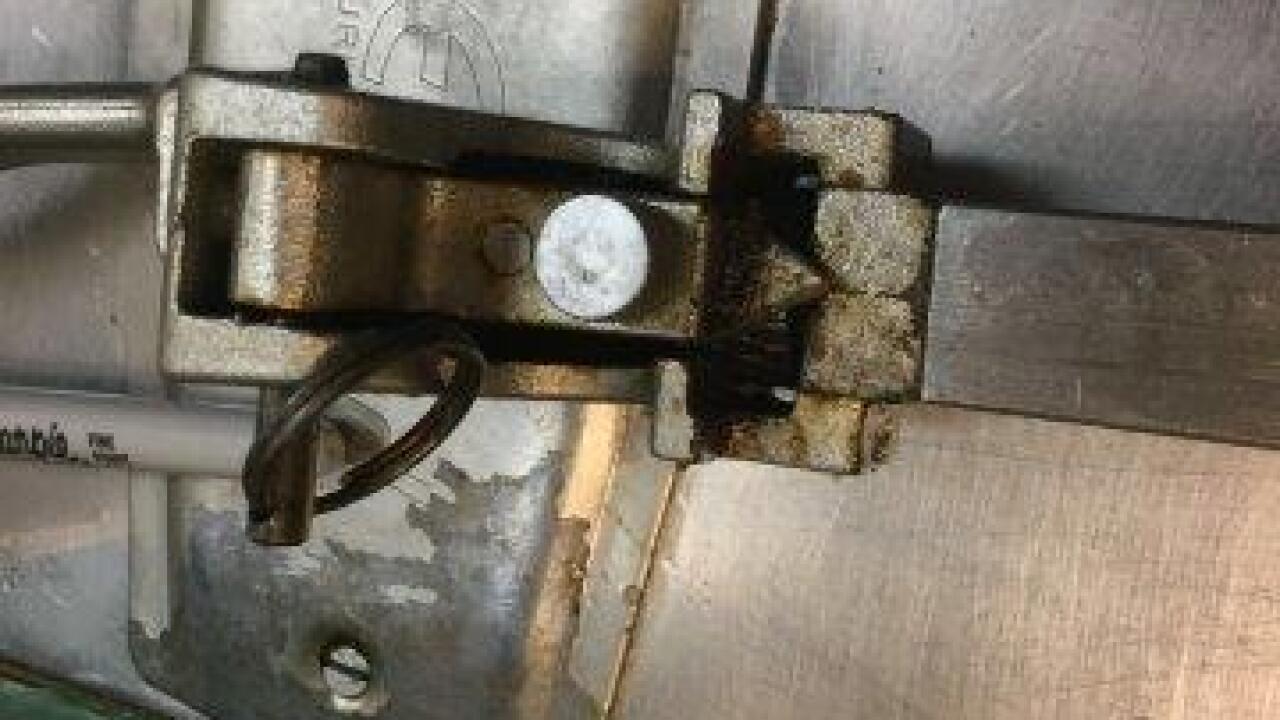 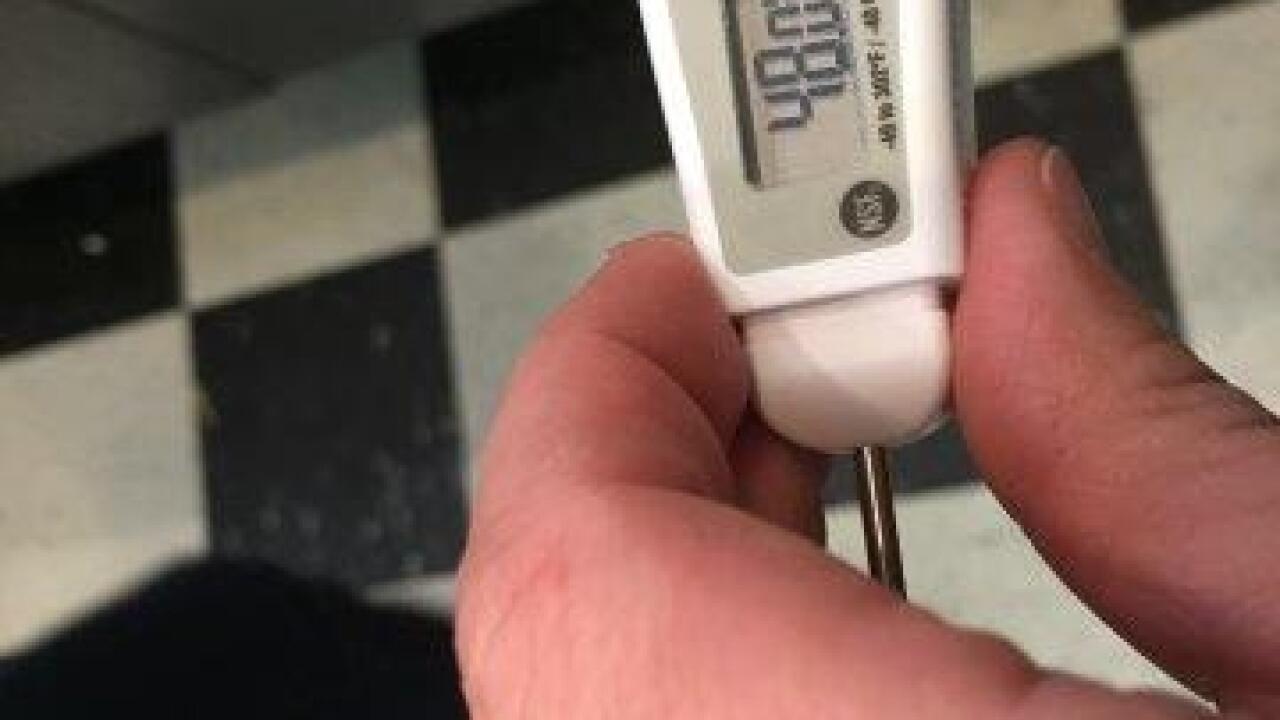 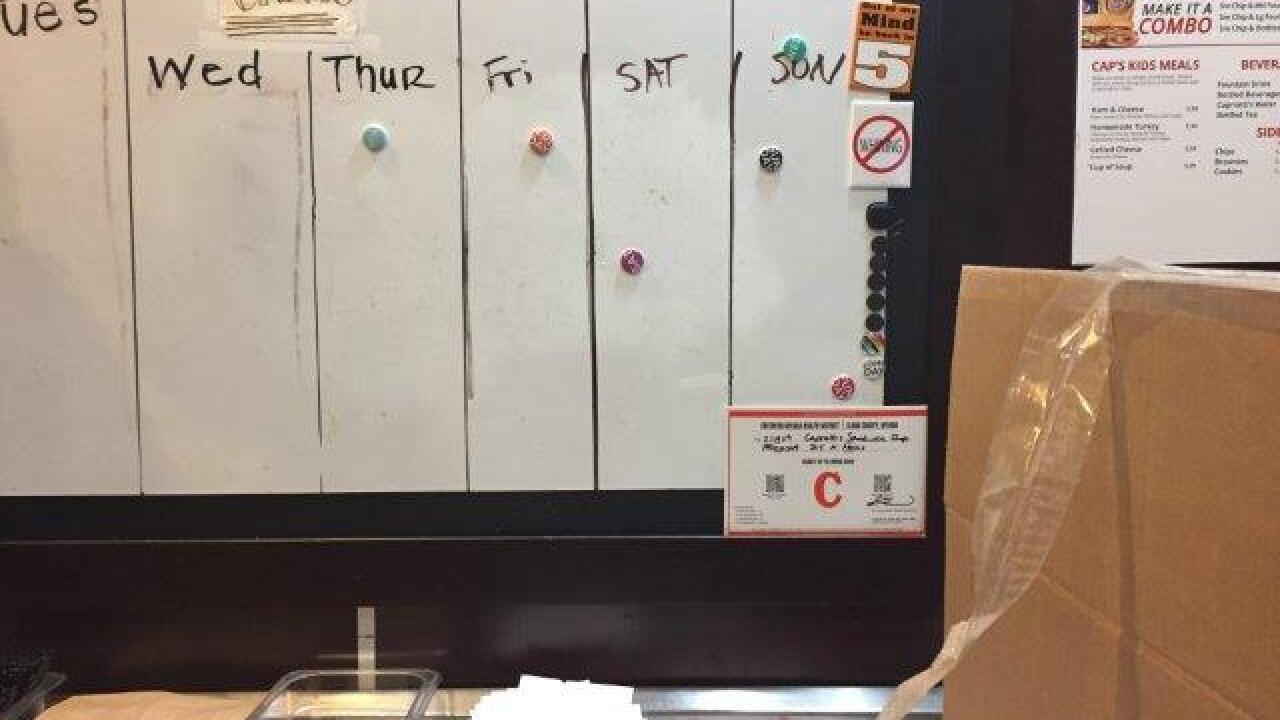 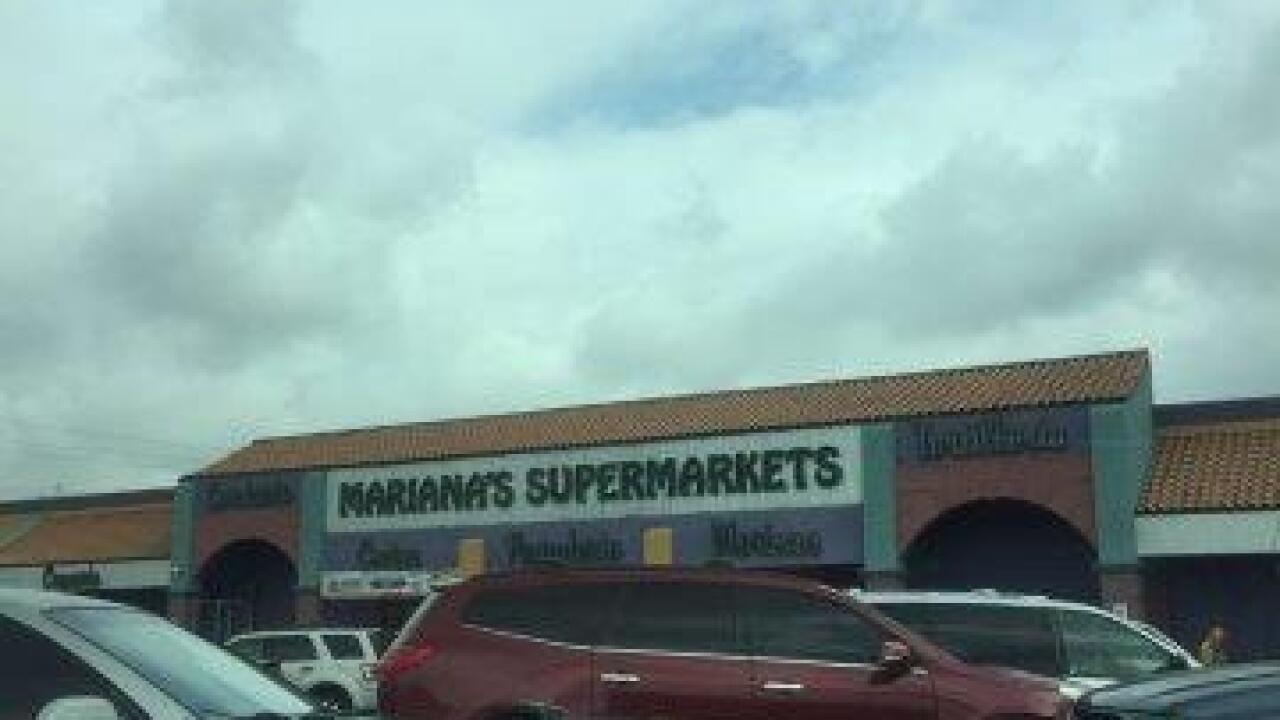 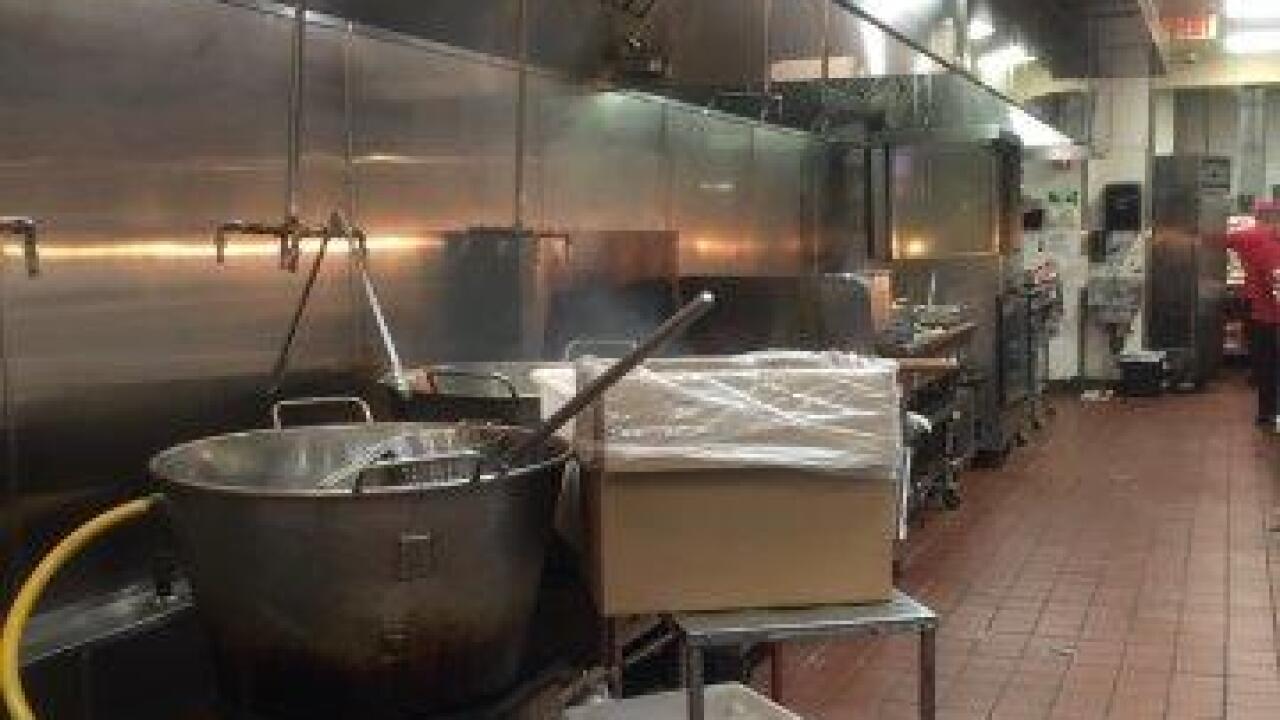 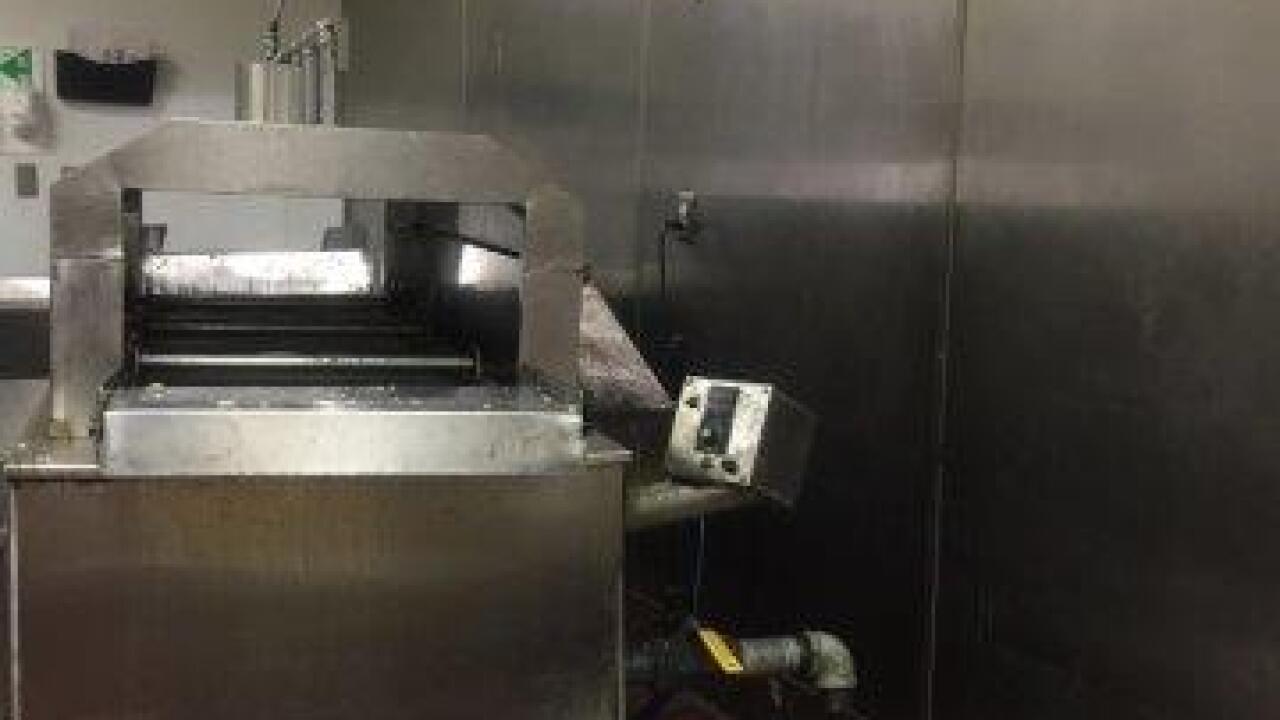 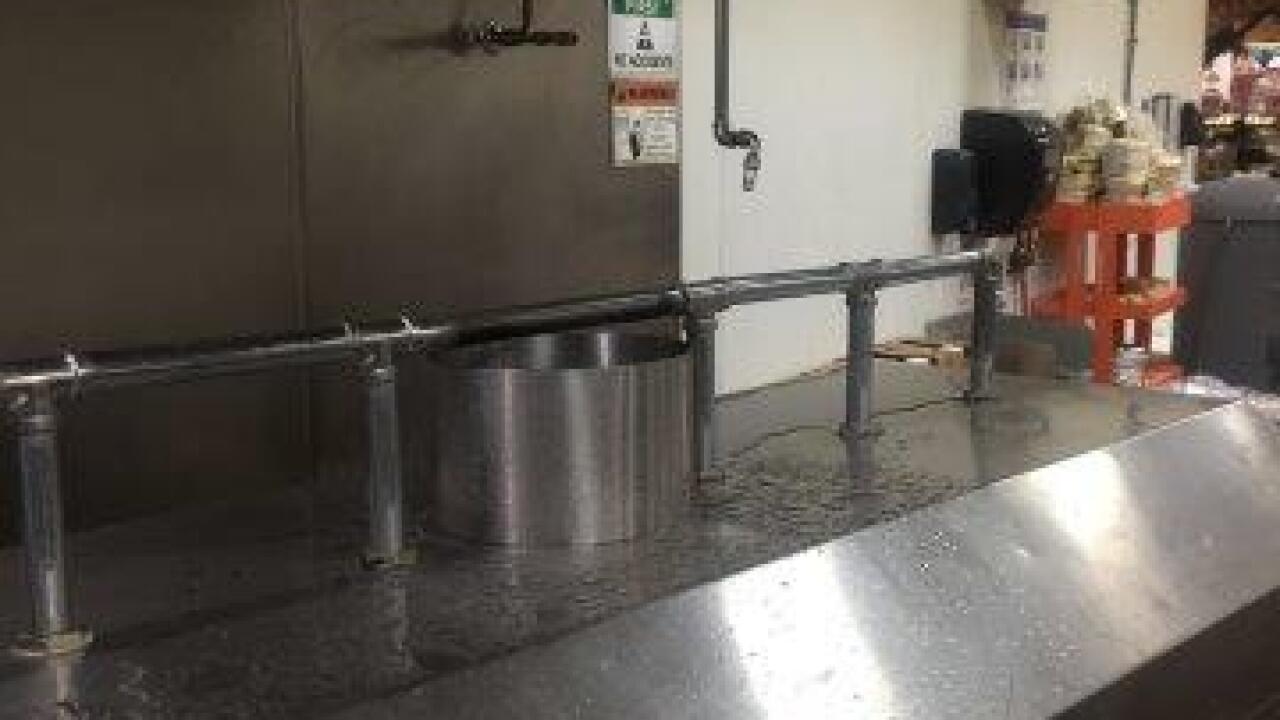 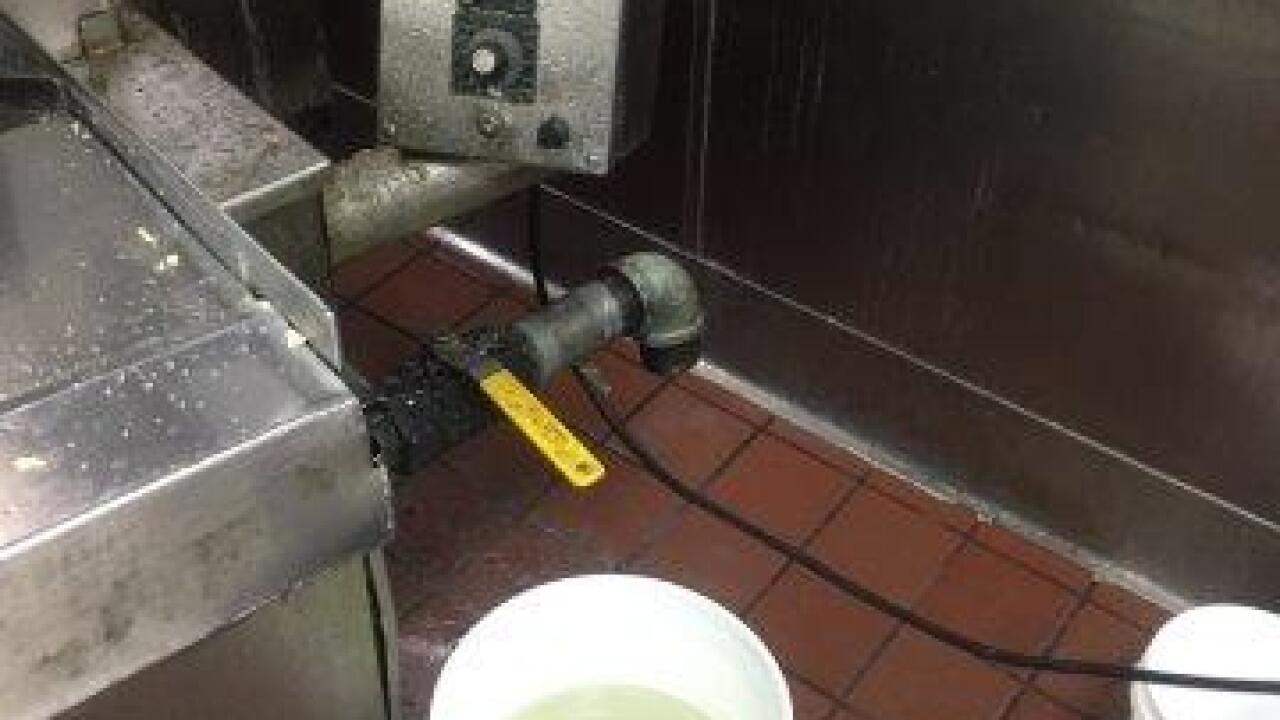 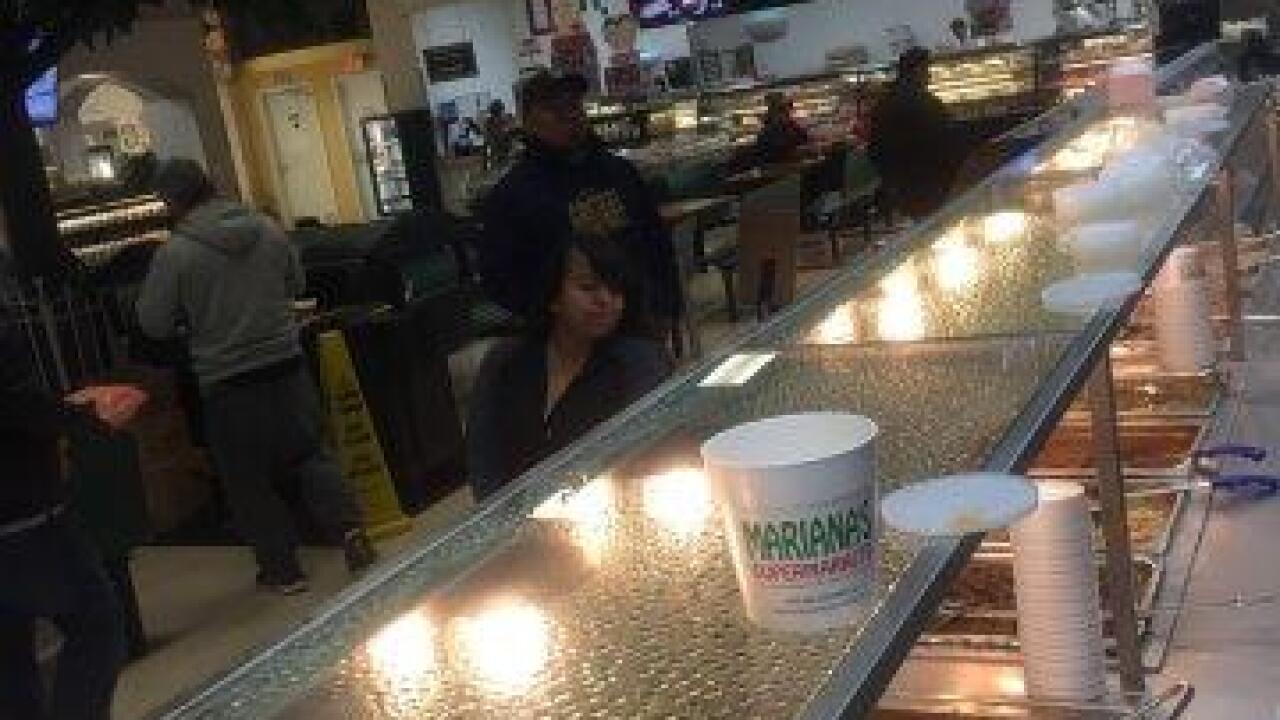 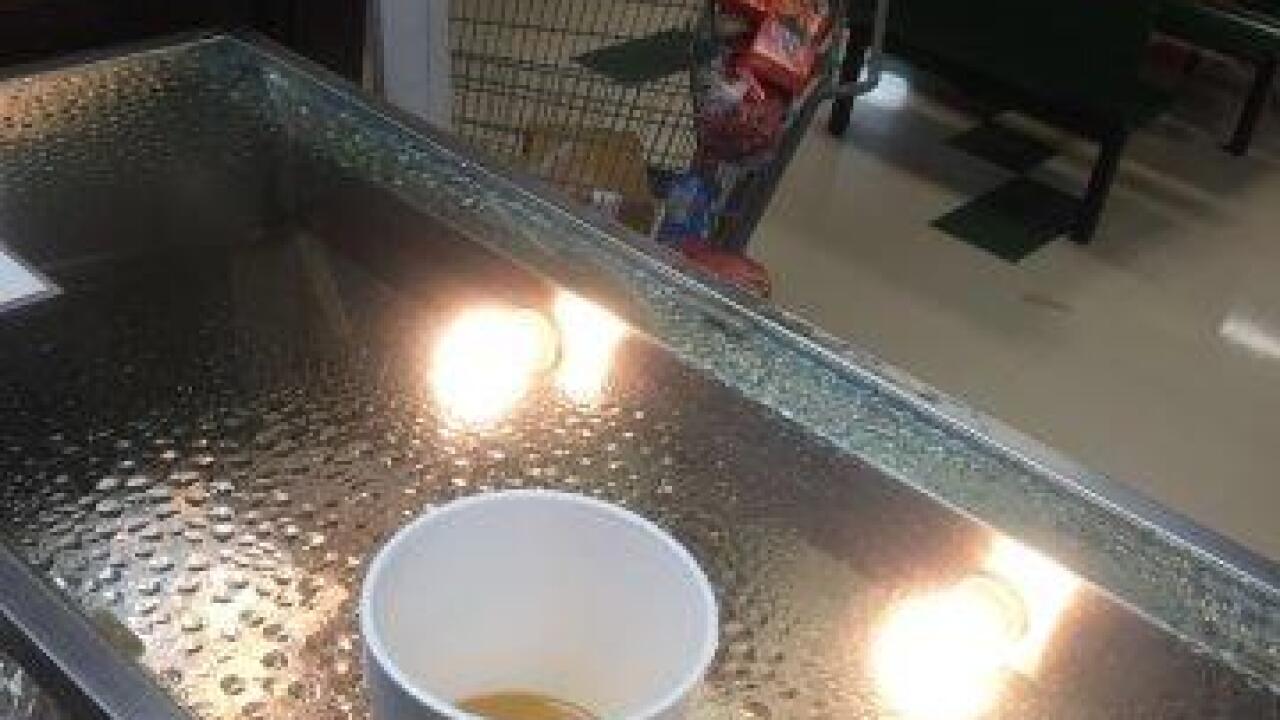 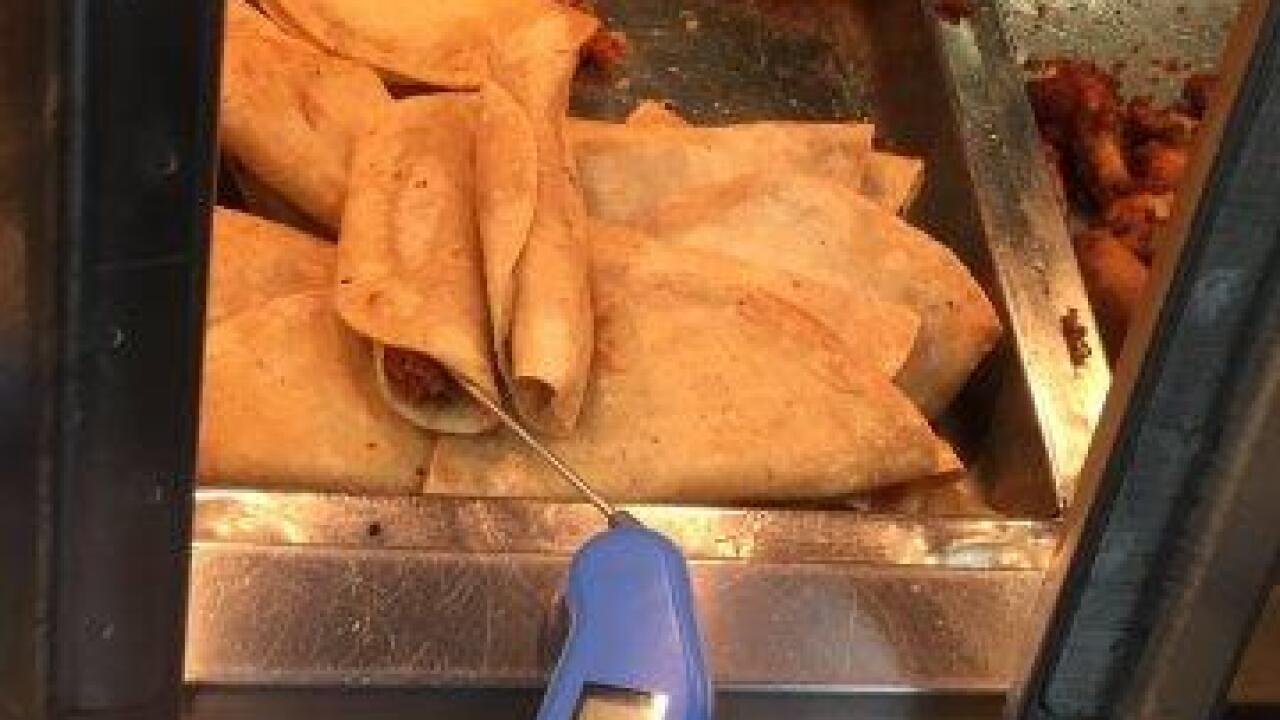 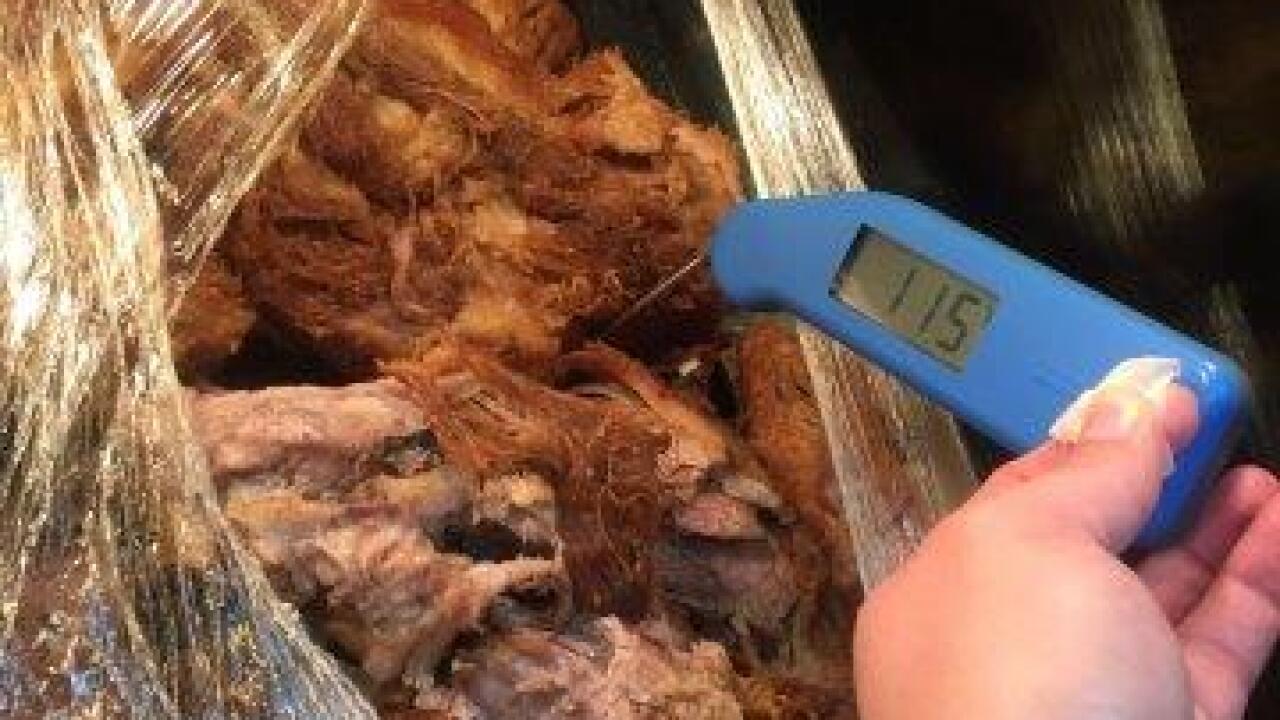 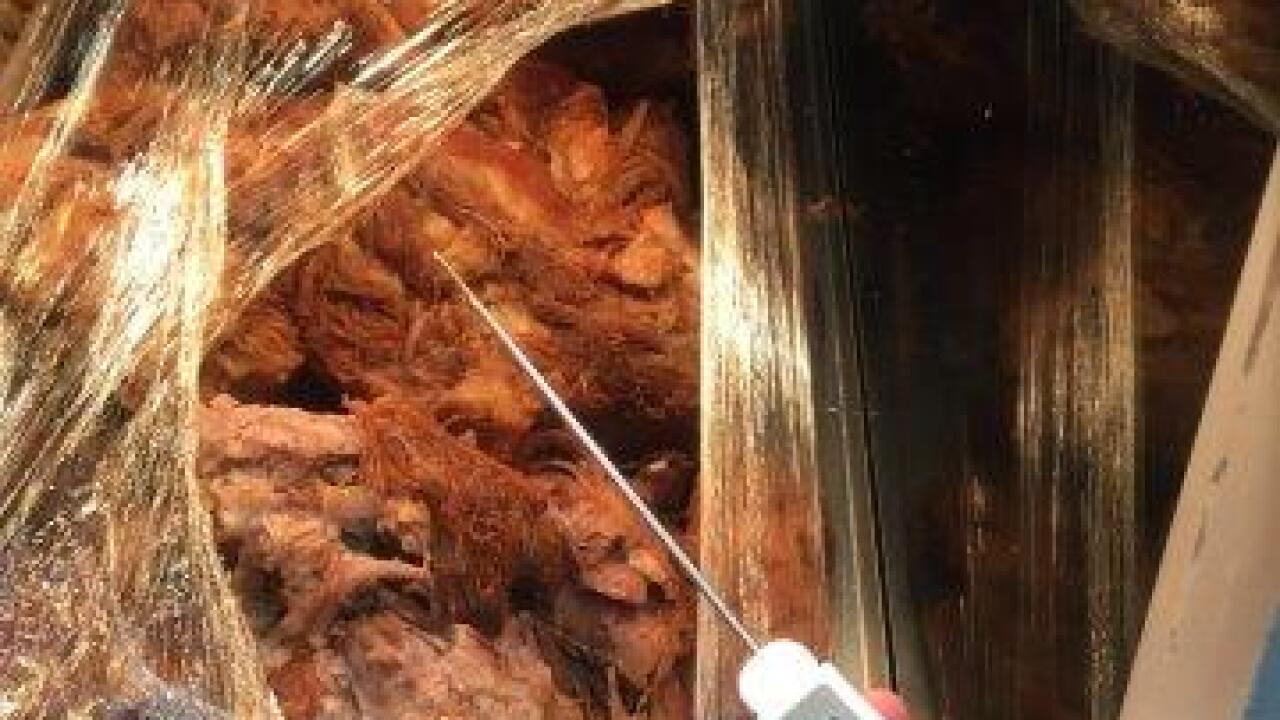 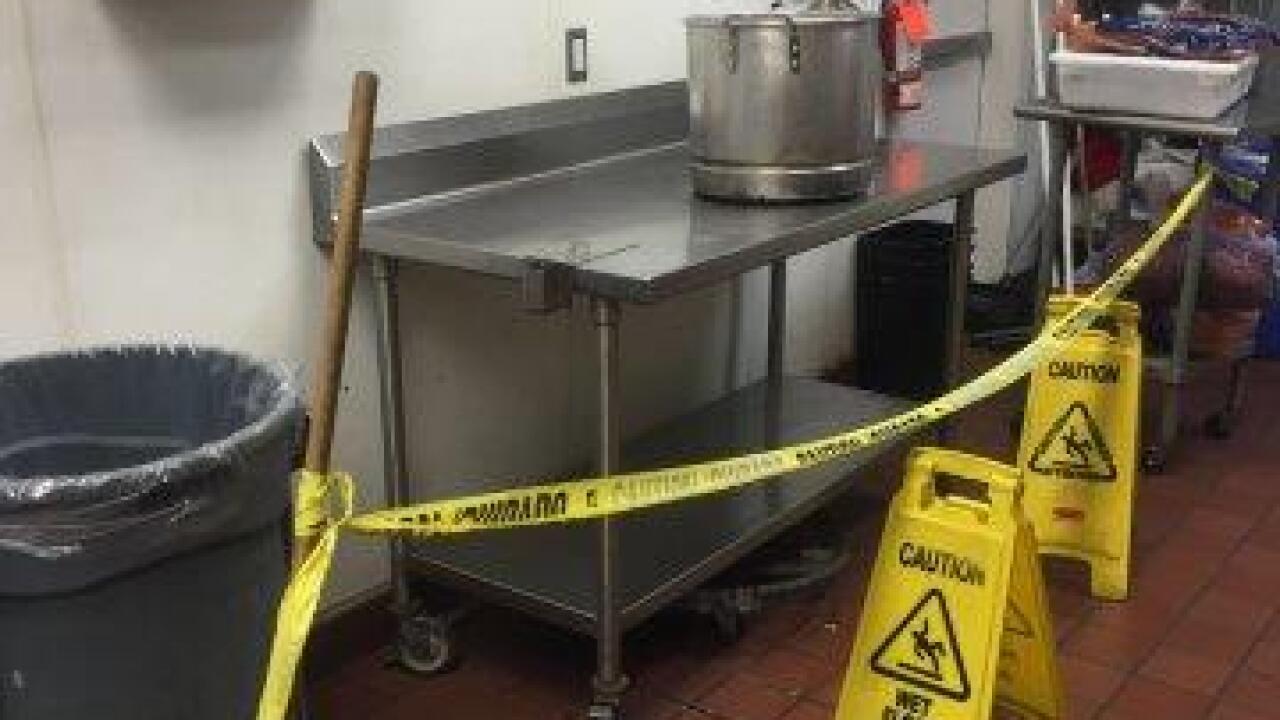 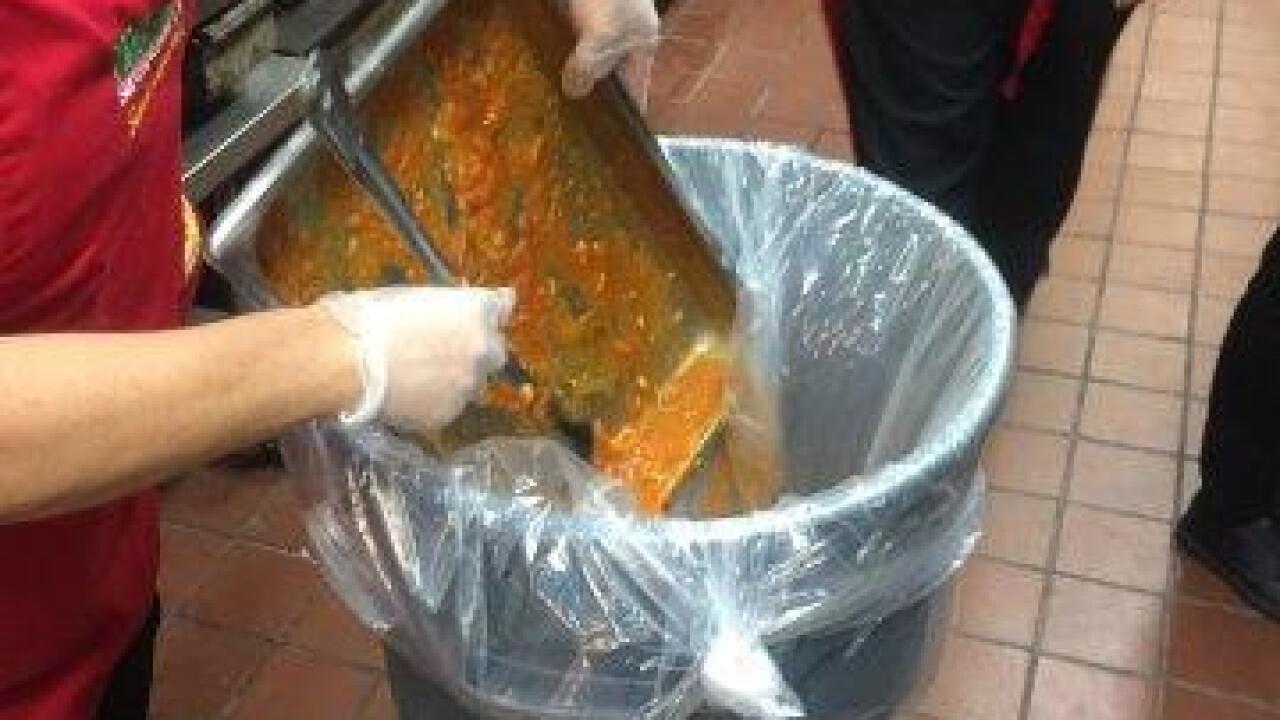 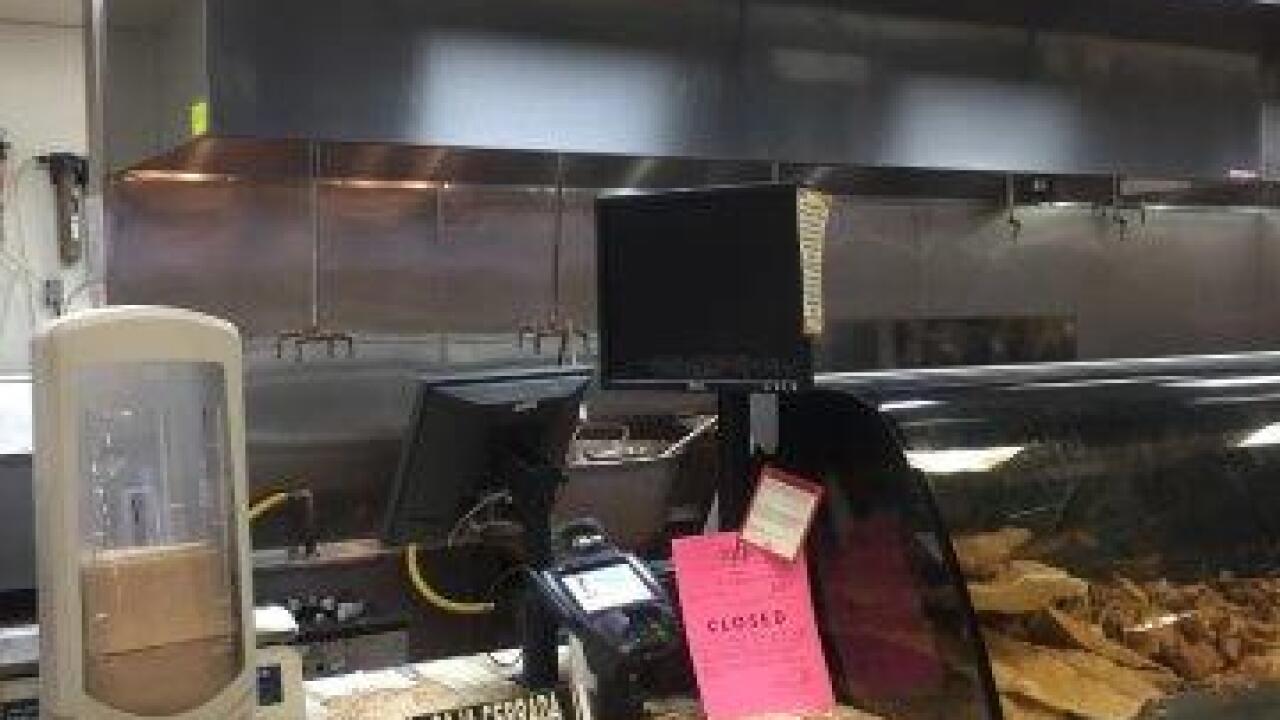 LAS VEGAS (KTNV) — Got a hankering for a sandwich?

You might want to hold off until you watch Dirty Dining.

13 Chief Investigator Darcy Spears tells you how the place that claims it was voted "Best Sandwich in America" was serving them up under a C grade.

Capriotti's on Nellis Boulevard and Stewart got a 31-demerit C grade on its February 19 inspection.

Inspectors documented multiple handwashing violations and open employee food, including a half-eaten sandwich, open bag of chips and cookies and open drinks, on the prep table and directly on the cutting board next to customer food.

Sliced ham, roast beef, coleslaw and cut tomatoes all had to be thrown out due to unsafe temperatures, which was a repeat violation.

The can opener blade was dirty with excessive grease and food debris and so were floors throughout the kitchen.

There were also several small flies in the restaurant. A piece of tape had been used to deactivate the air curtain that must be on to keep flying pests out.

No one at Capriotti's would talk on camera.

They sent a statement through a public relations firm which said:

Capriotti's takes this incident very seriously as the health and safety of our guests is our top priority. Our restaurants are held to the highest standards, and we are committed to providing the Las Vegas community with the quality foods they know and love in a safe environment. The franchise owners at 325 N. Nellis took strict and timely action to solve the issues mentioned in the inspection and received an A rating two days after the original report.

We've also got one imminent health hazard closure to tell you about.

The service deli inside Mariana's tortilleria market on Eastern and Bonanza Road was shut down February 21 after the Health District validated a complaint about contaminated food.

Inspectors found water leaking from the ceiling and dripping directly onto the steam table and other kitchen equipment in the open food handling area.

They also found carnitas and rolled tacos in the temperature danger zone.

Mariana's was re-inspected on February 22 and received a zero demerit A grade.