An HOA Hall of Shame story Darcy Spears first broke years ago has finally come to a happy ending. 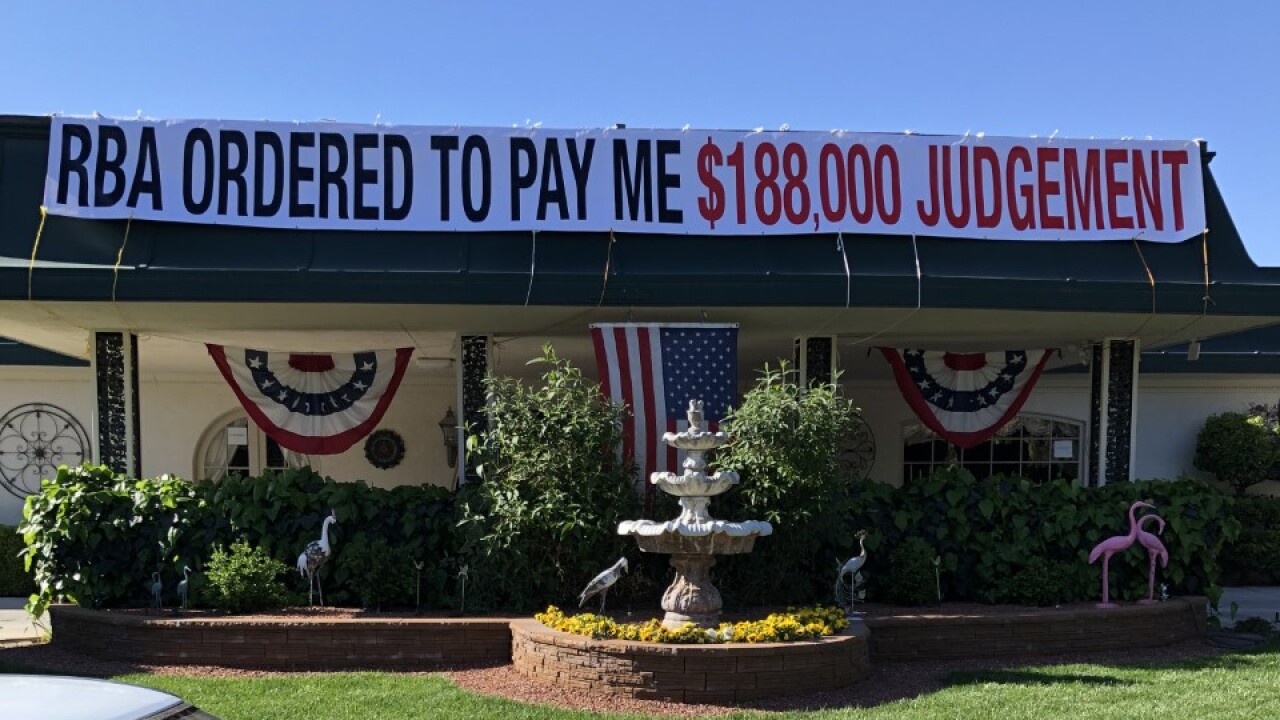 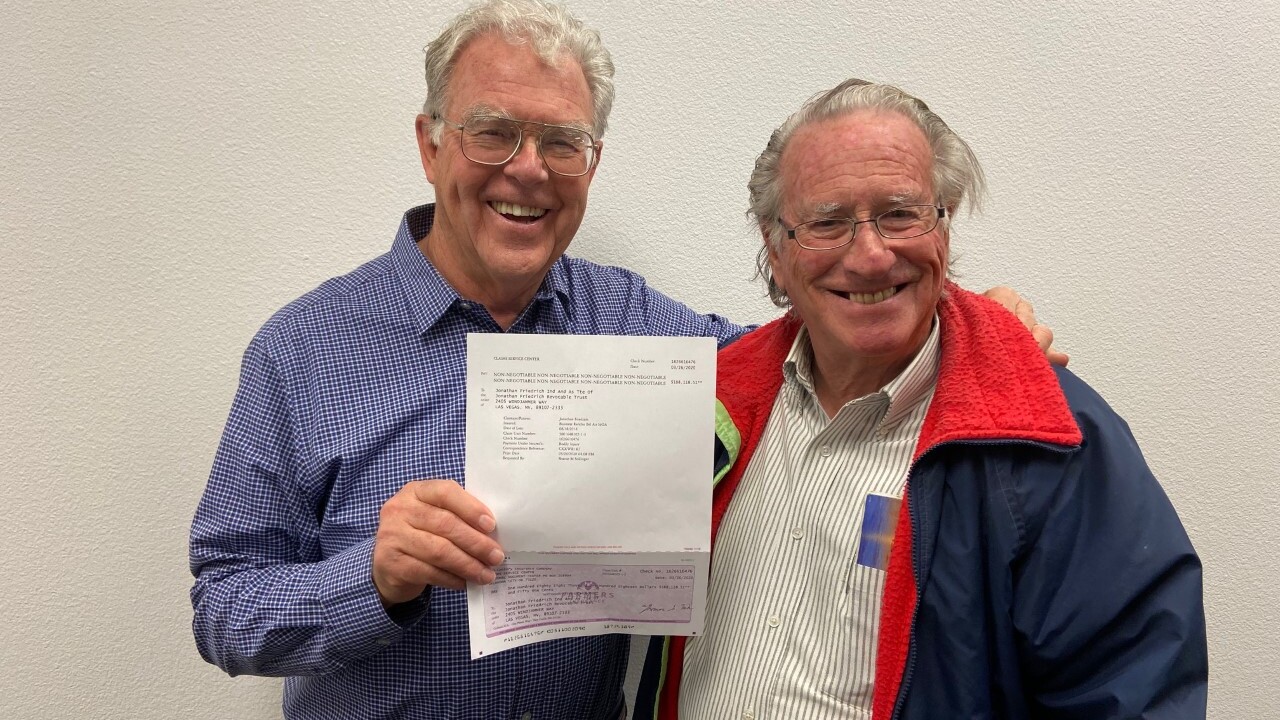 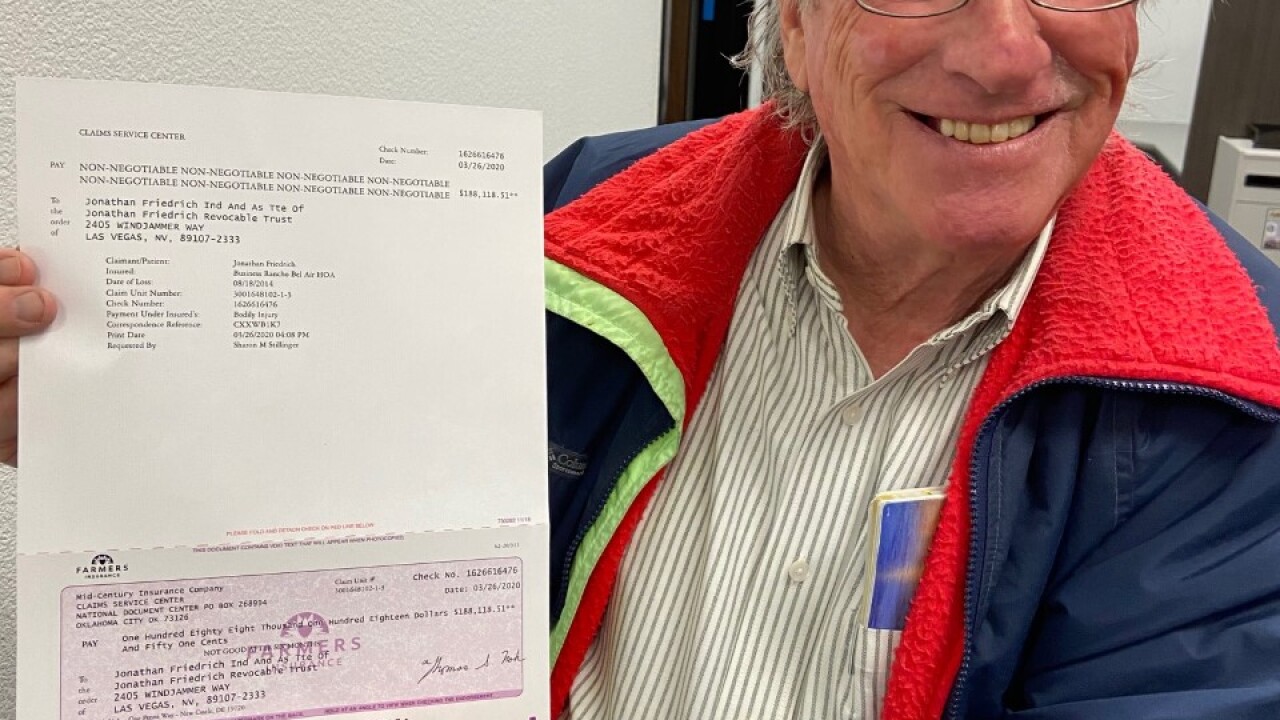 The homeowner who fought his HOA all the way to the Nevada Supreme Court and won collected on his court judgment and is shouting about it from his rooftop.

Rancho Bel Air homeowner Jonathan Friedrich wants everyone to know the association whose gates he lives behind had to pay him $188,000.

A banner spanning the length of his rooftop tells of a hard-fought battle waged over years.

All because the HOA claimed Friedrich’s home is part of the association when in fact, it is not.

A jury found Rancho Bel Air collected monthly assessments from Friedrich as a result of fraud.

The $188,000 he recently collected after a court judgment is much less than Friedrich paid to fight the six-year court battle, but it will help offset some of the legal bills.