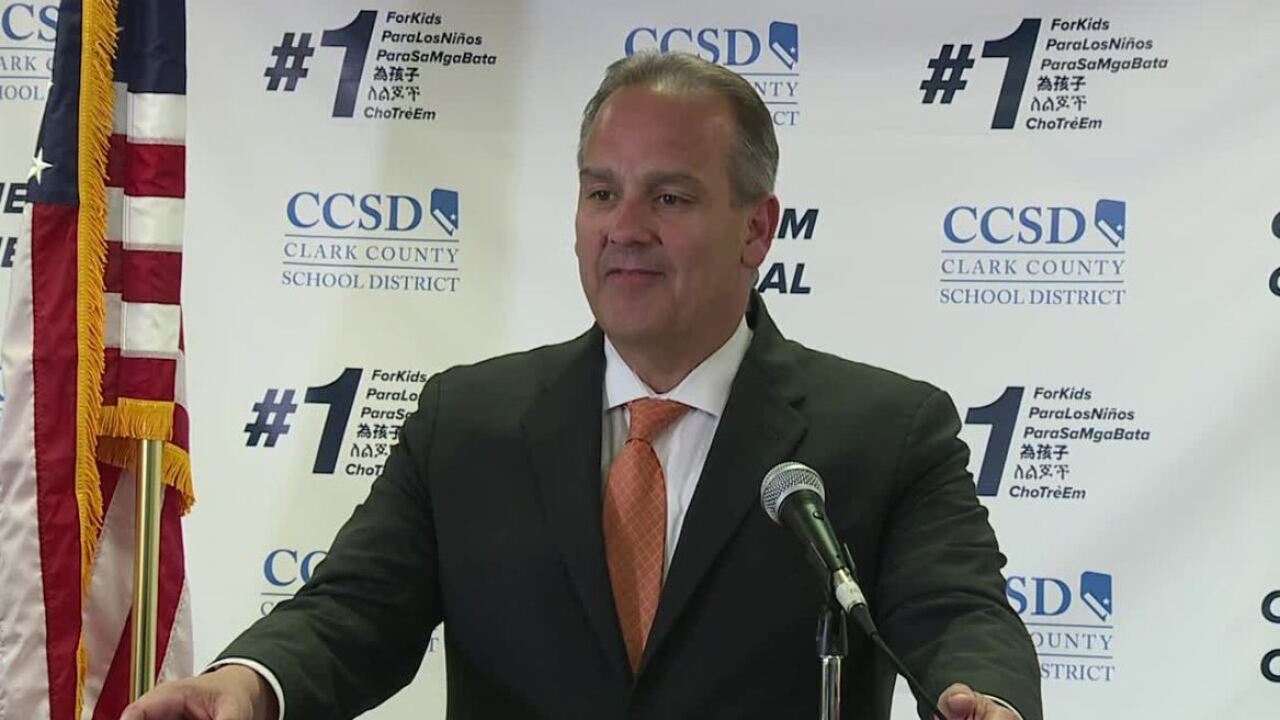 "He has a car allowance. He has travel allowance," says community activist Steve Sanson. "He has food allowance. And this guy is making pretty good money, I would say. What...$23,000 a month? Then he wants to terminate all the deans at the middle school and high schools. And then he's trying to deny teachers their pay raises," Sanson said.

Sanson also takes issue with several things in this complaint filed late Tuesday with the Nevada Commission on Ethics.

He says the point is to keep Jara accountable and ask questions that should be coming from the board of trustees - who approve the superintendent's travel expenses.

"Why do we even need trustees?" Aren't they supposed to be the ones that are supposed to make sure the superintendent does his job and follow the rules?" Sanson asks.

In April, Jara took a trip to Boston for a student presentation at Harvard, then flew to New York to tour an all-girls' school. He was accompanied by CCSD Chief Student Achievement Officer Dr. Mike Barton and deputy superintendent Diane Gullett, according to Sanson's complaint. As he also filed a separate complaint against Gullett in August.

Barton flew back to Vegas after the business trip ended, both Jara and Gullett went on to Florida for vacation. And though they personally paid for those flights from New York to Florida, the complaint says both billed taxpayers for their one-way return tickets back to Vegas - Jara's one-way ticket cost $656, and Gullett's was $356.

"A superintendent is hired here to up the achievement, not to travel," former CCSD Trustee Kevin Child said.

Jara, hired out of Orlando, Fla., brought Gullett from there too. But neither has fully relocated to Las Vegas, according to the complaint. With both Jara and Gullett's spouses still living in Orlando.

"You can't take a bath with one foot out of the tub and one foot in the tub. It's pretty hard to - especially with the fifth-largest school district demanding so much attention," Child said.