Two of the tigers that used to below to Jeff Lowe, who is one of the stars in the Netflix hit "Tiger King," are still in Nevada. They were taken away from Lower after he ran into trouble in Las Vegas. Darcy Spears reporting. 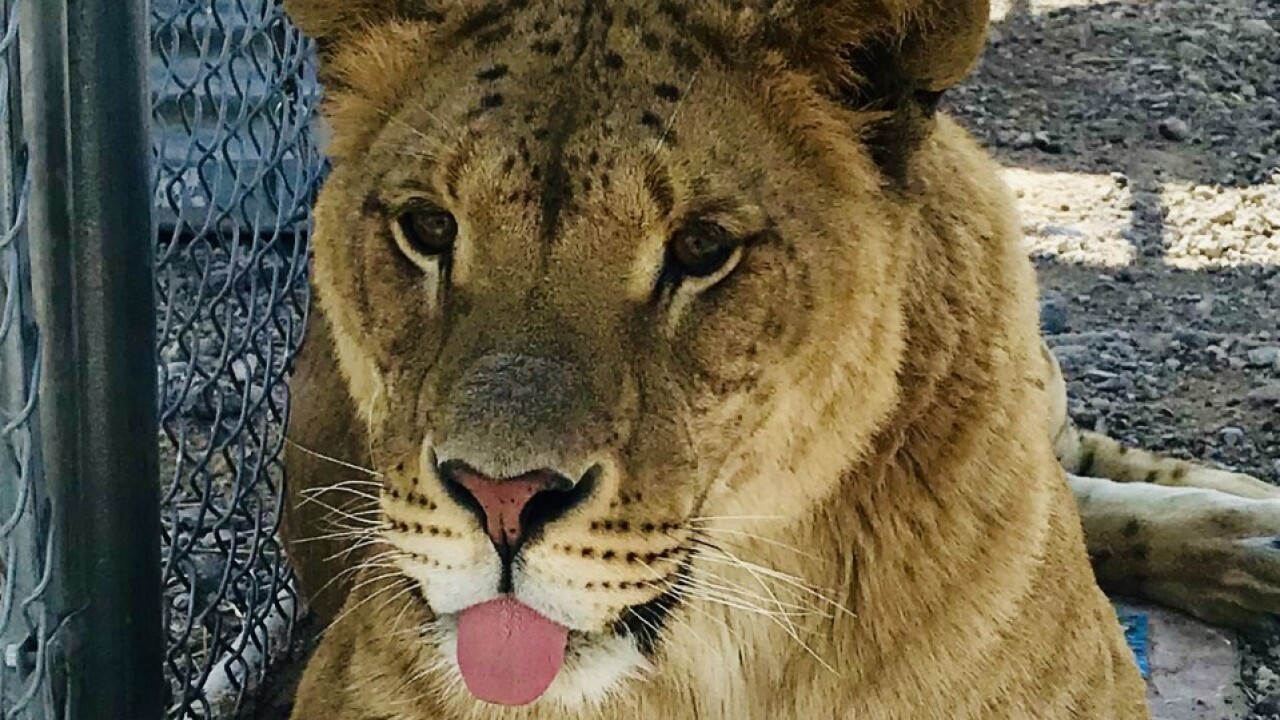 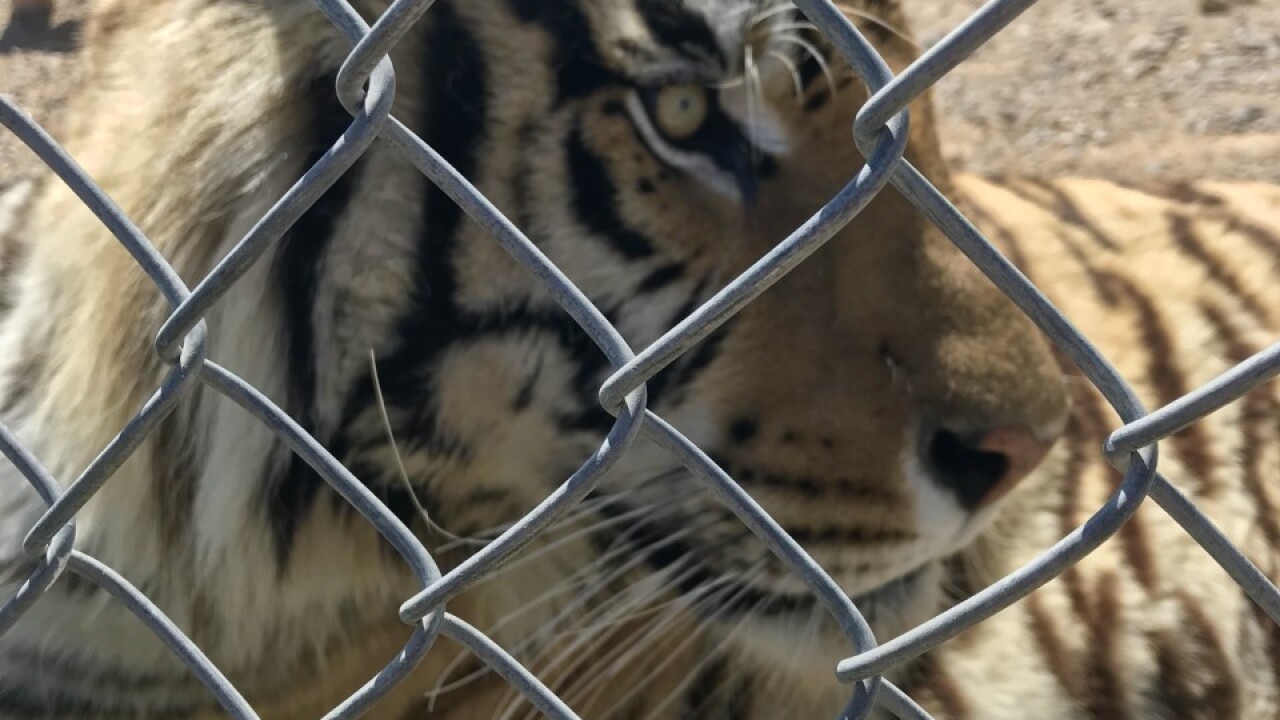 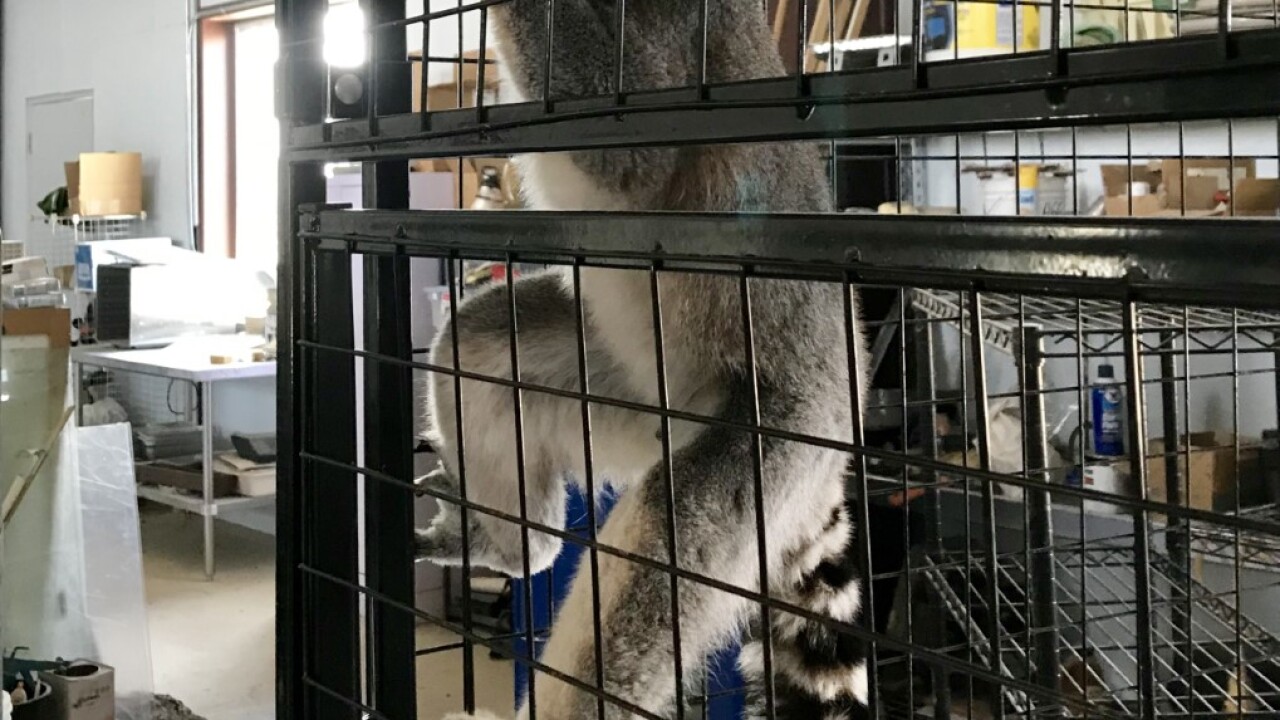 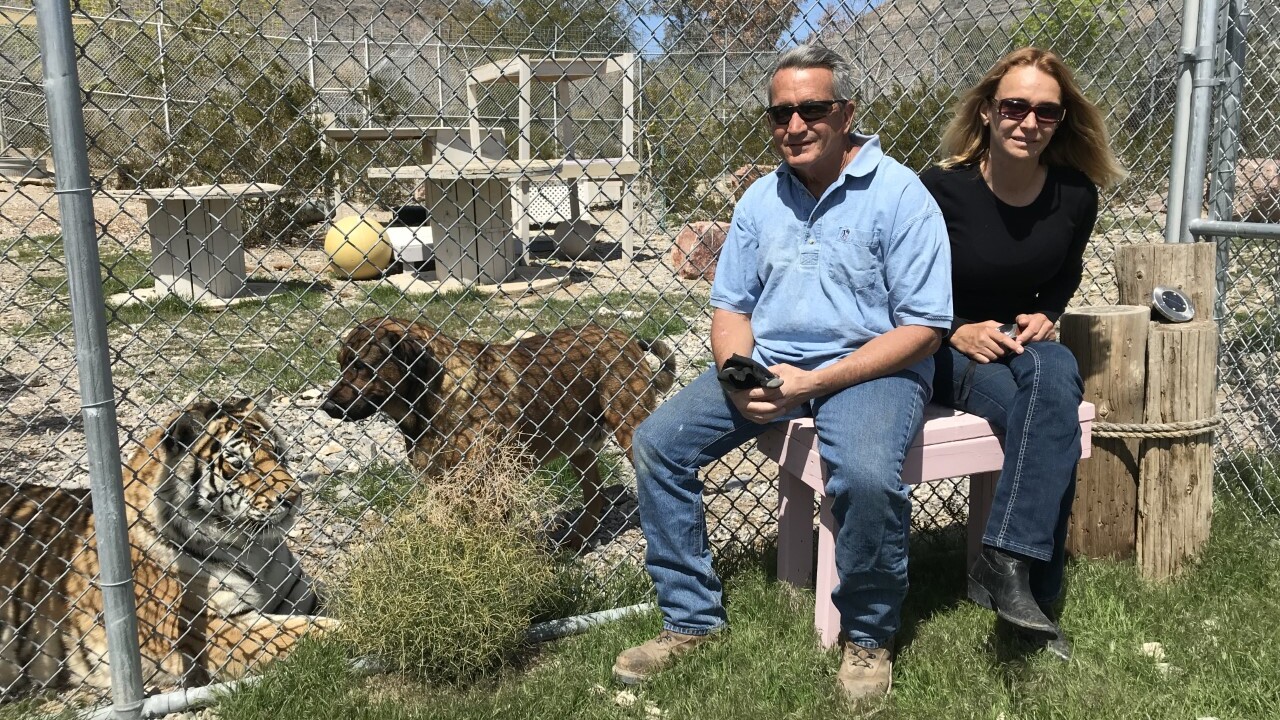 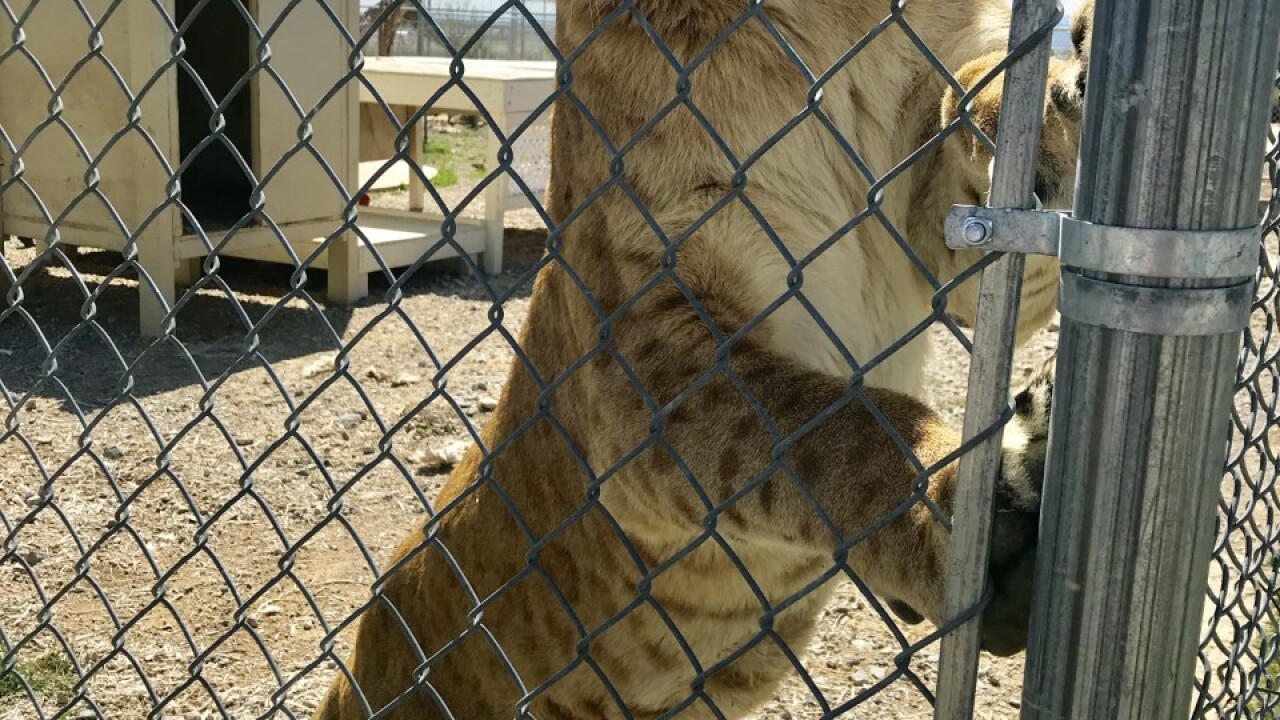 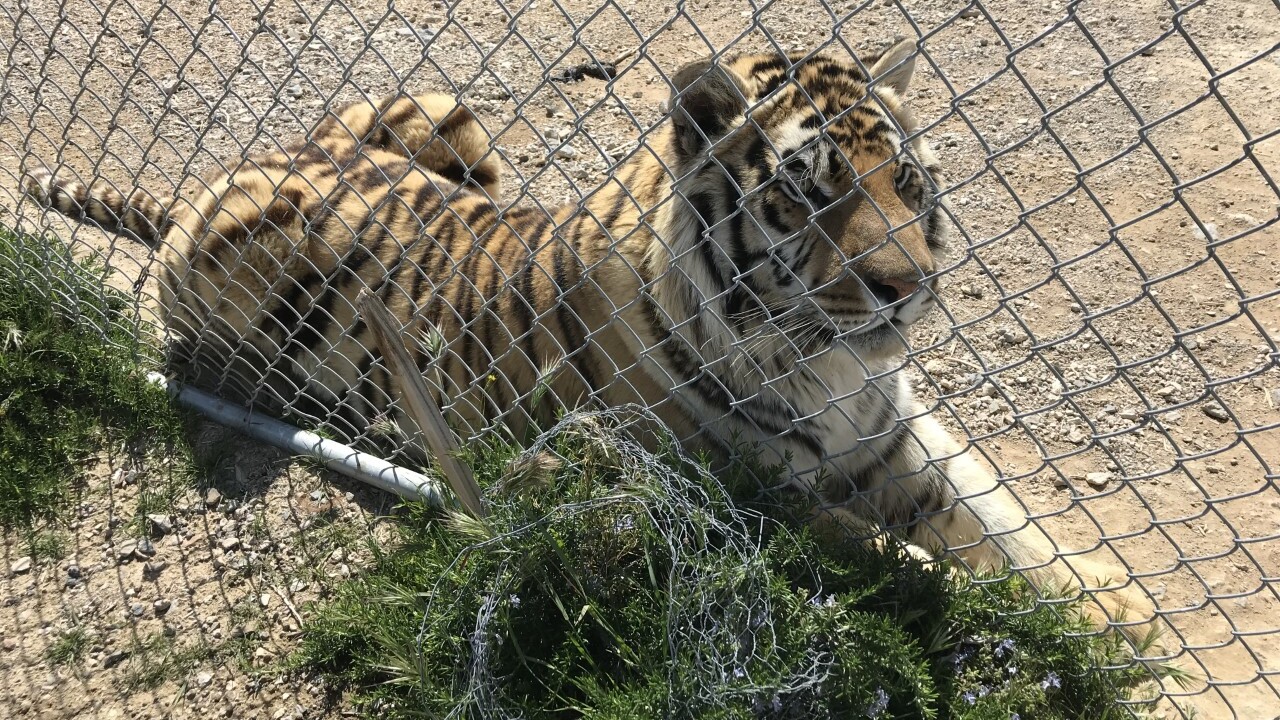 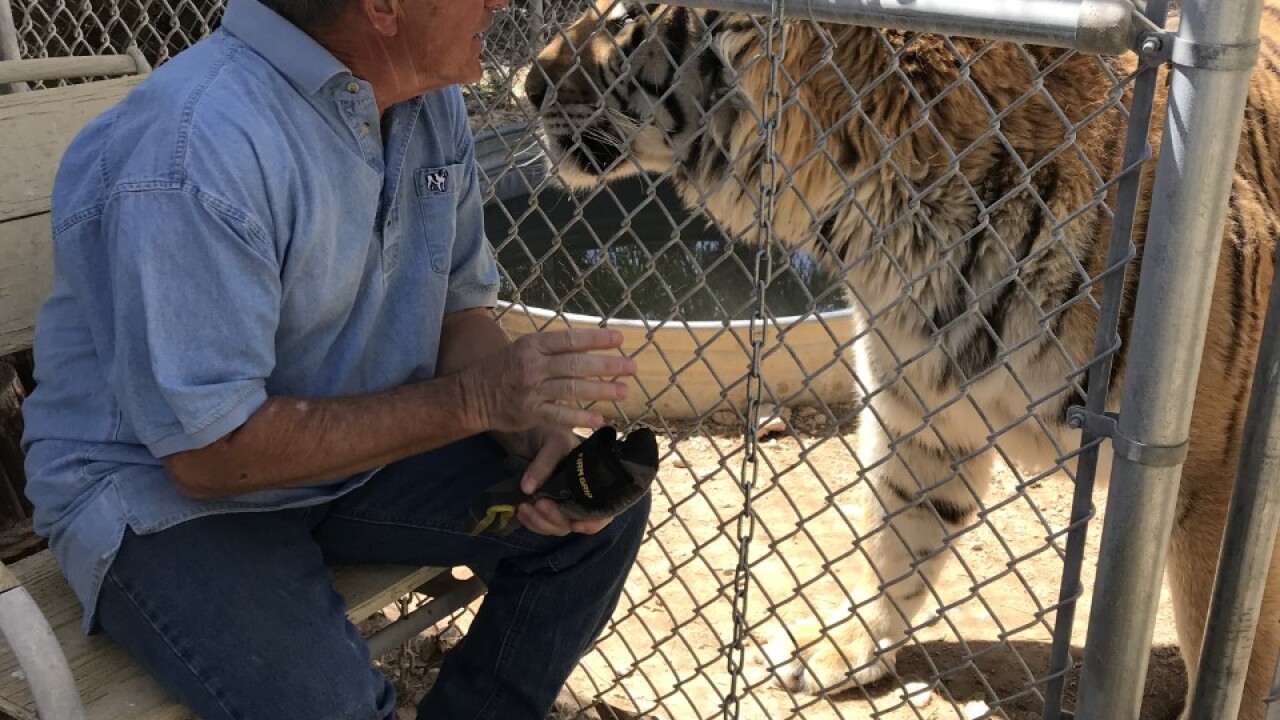 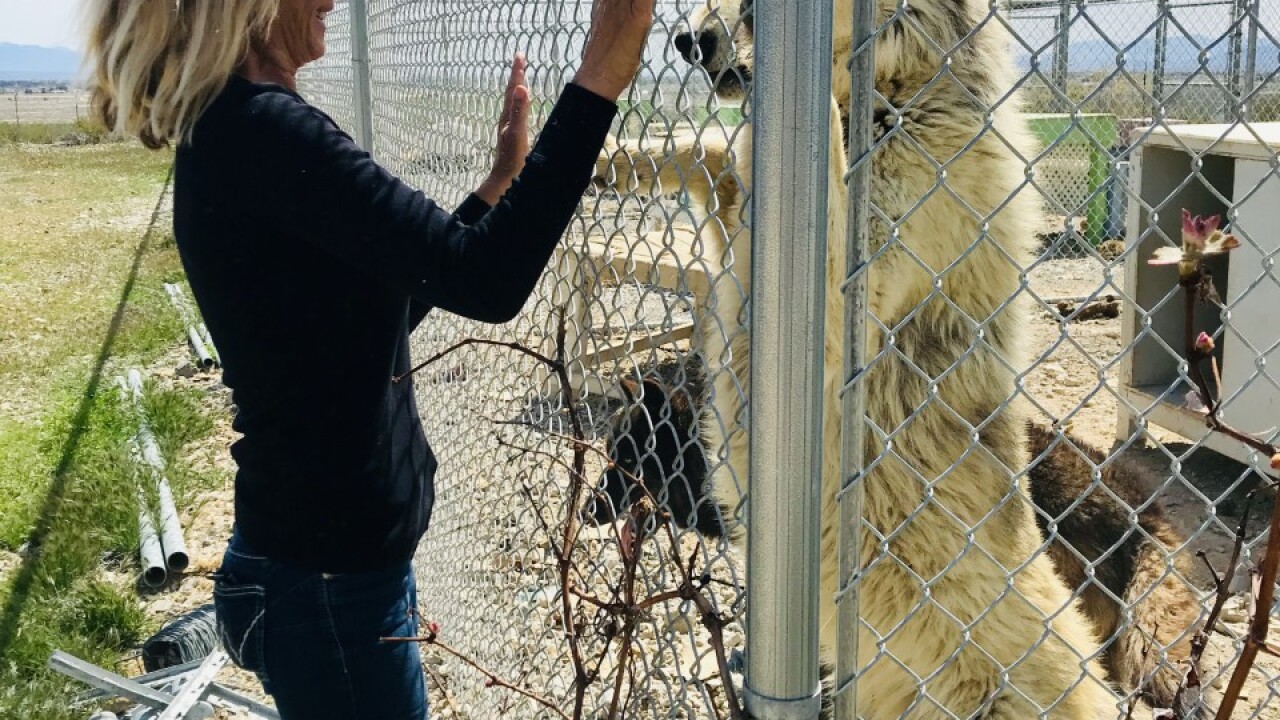 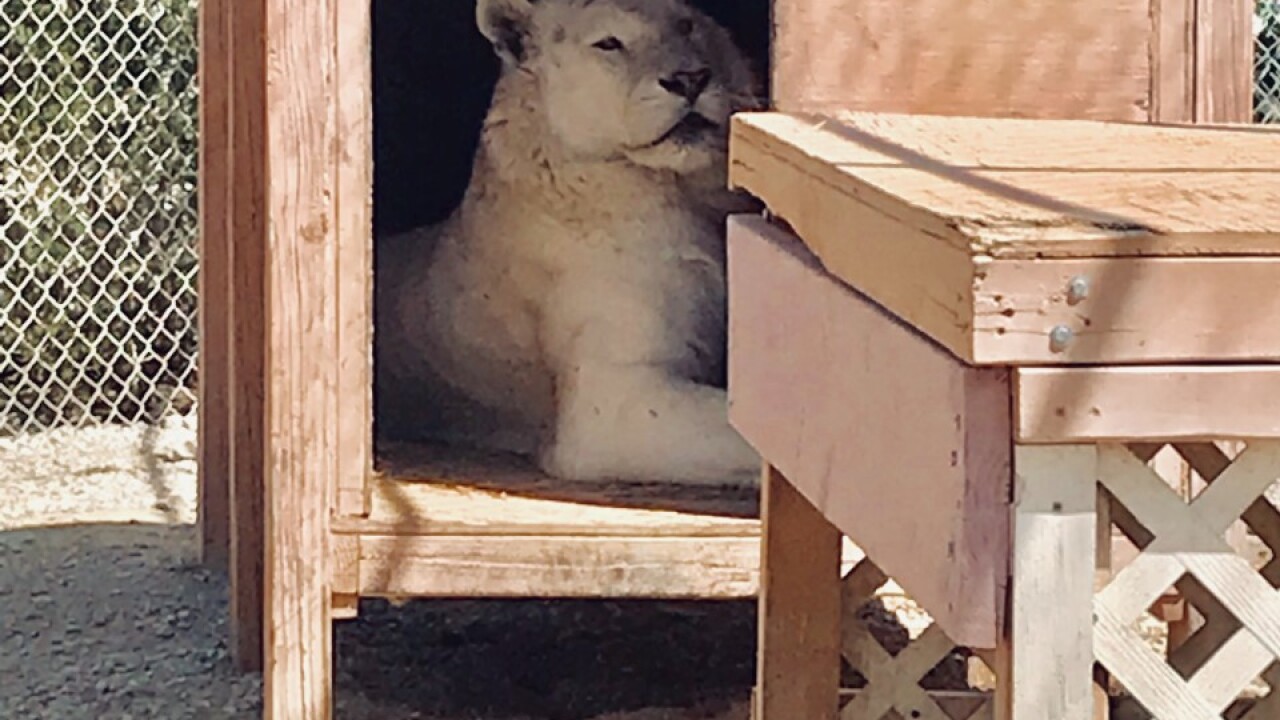 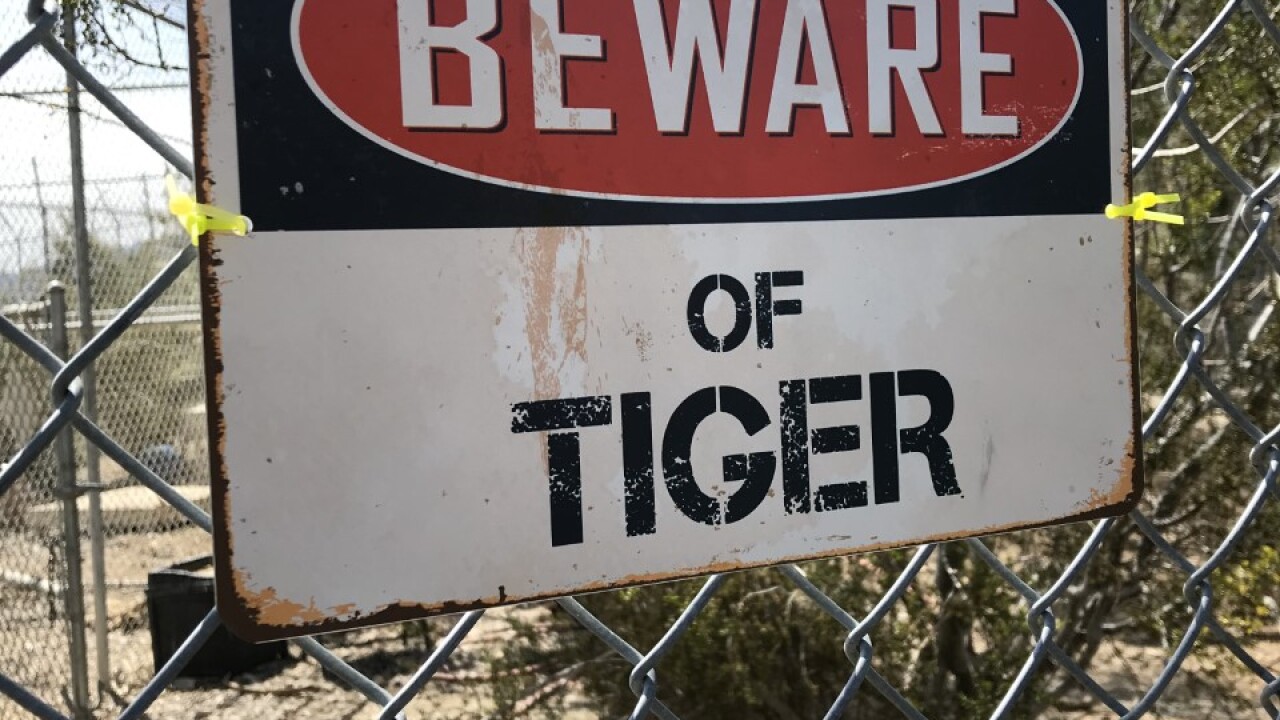 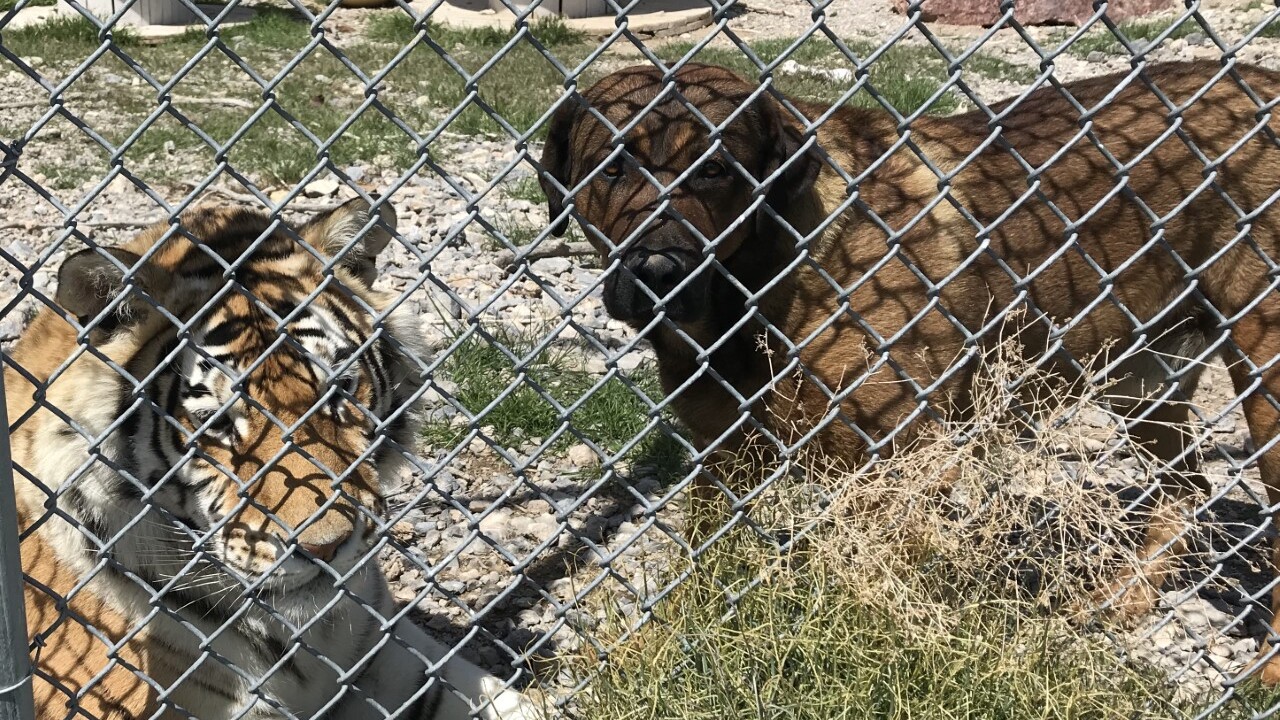 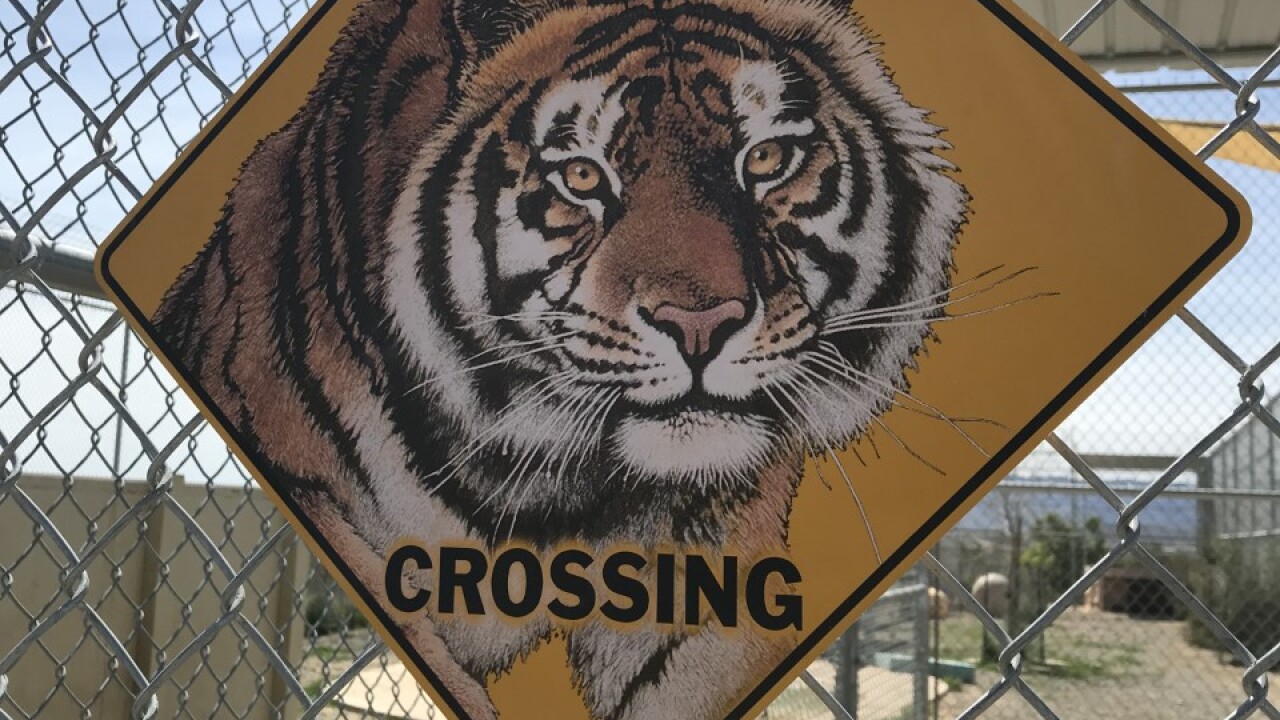 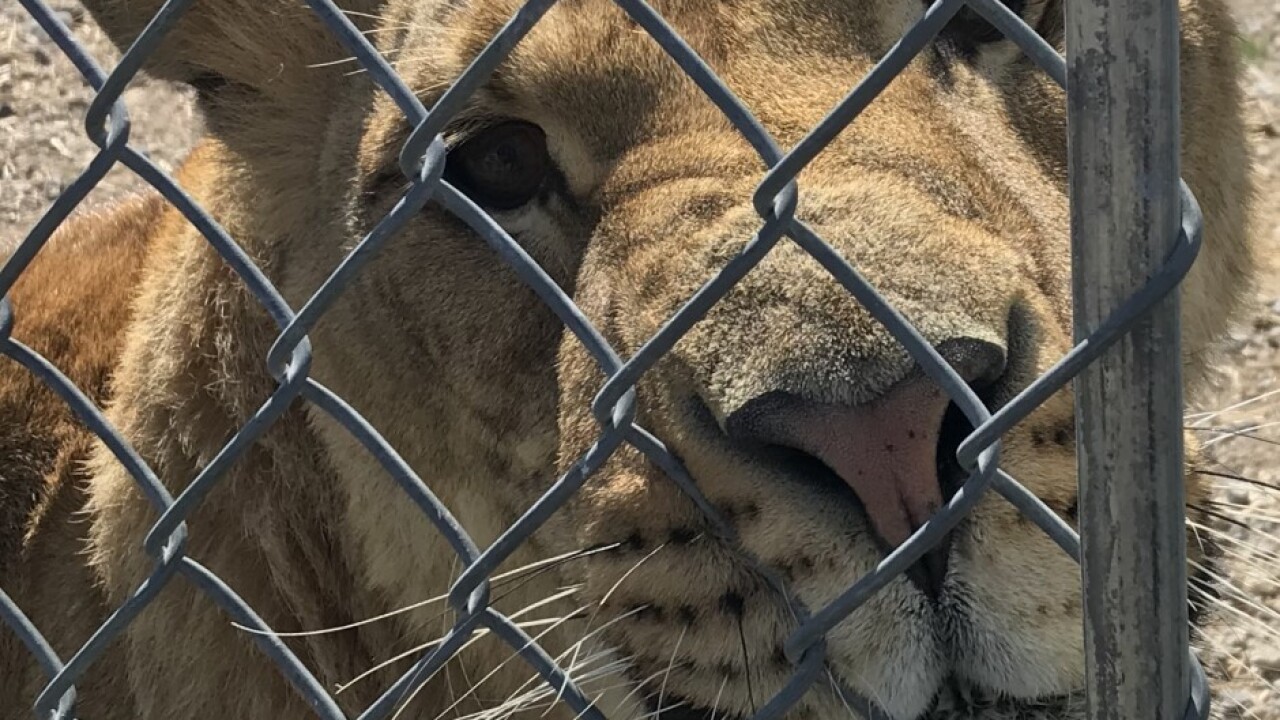 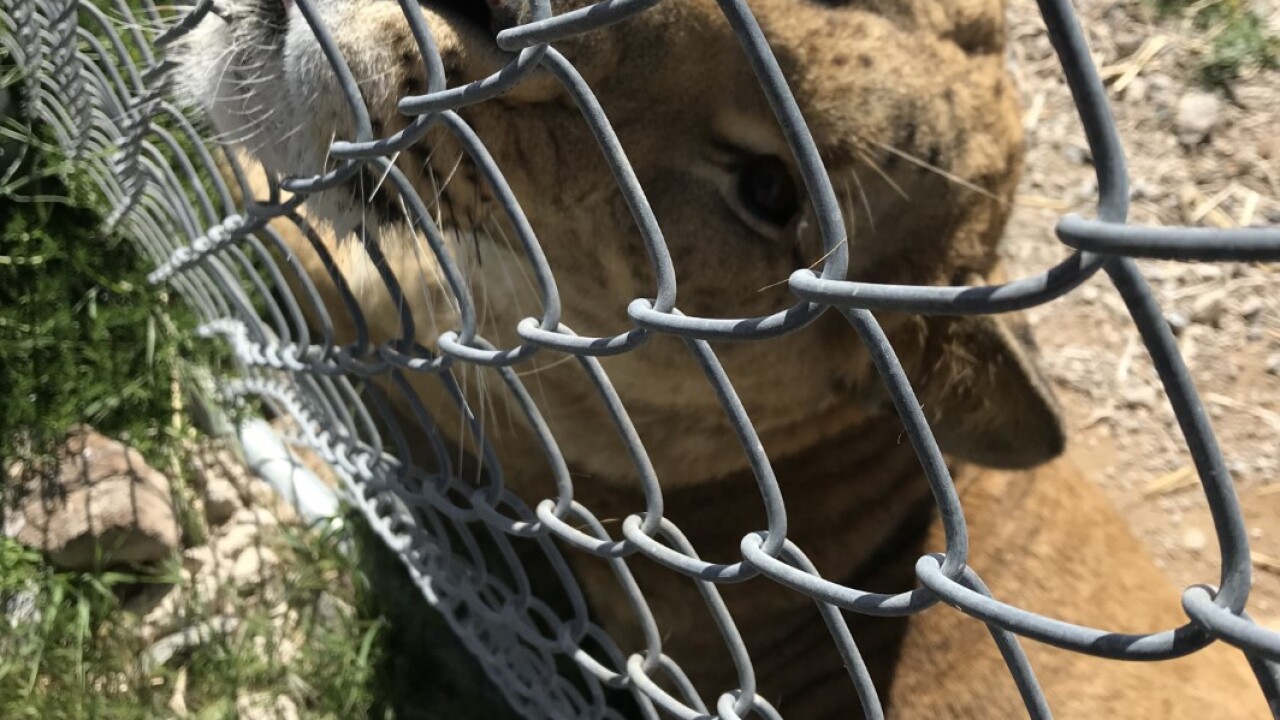 LAS VEGAS (KTNV) — The Netflix documentary "Tiger King" made overnight sensations out of the colorful cast of characters in the series. Many key players were already known here in the valley. Among them, Jeff Lowe.

13 Chief Investigator Darcy Spears broke the story about his legal troubles with big cats in Clark County back in 2018.

When we first met them in 2018, they were just months old, taken by Las Vegas city officials after big cat owner Jeff Lowe was cited and later convicted for doing business without a license -- using un-permitted wild animal cubs as fodder for photo ops.

When the cubs were confiscated they needed a place to go and people to care for them for the rest of their lives, which for big cats can be anywhere from 10 to 20 years.

That is where REXANO comes in.

The rescue operation on the outskirts of Pahrump has been there since the early 2000s.

"Since we initially got them it was every day, constant working with them," said Shoemaker. "As you know, they were very ill. They had pancreatic insufficiency. They had urinary tract infections. The tiger had ringworm and also had giardia so we had to get all that cleared up."

Spunky and Paisley were part of an explosive breeding program at the Greater Wynnewood Exotic Animal Park in Oklahoma, the zoo featured in Netflix's "Tiger King" documentary.

It was run by Joseph Maldonado-Passage, better known as Joe Exotic, and later taken over by Jeff Lowe.

"What do you make of the nationwide enthrallment with that Netflix series?" Darcy Spears asked.

"In the Netflix series, with all the characters involved -- with the exception of a few -- it's kind of like... I’m gonna put a bunch of liars in a room and you figure out who’s telling the truth," said Shoemaker.

The cubs were portrayed as little more than dollar signs to Joe Exotic and Jeff Lowe, who worked together until Lowe helped federal authorities prosecute his former partner.

Joe Exotic is now serving 22 years in prison on murder for hire and animal abuse charges.

"Joe Exotic was way out of control," Shoemaker said. "Cubs, it seemed like, were being born every 2 to 3 weeks."

Scott believes the ill health of the cubs Jeff Lowe exhibited in Vegas proves the Oklahoma zoo didn’t treat or care for the cats properly.

"You let the cubs be cubs and that’s it," Shoemaker explains. "You don’t take them to parties in hotel rooms in Vegas casinos. Interacting with a cub can be done right and it can be done wrong. The way Jeff Lowe did it in Vegas? Completely wrong."

Lowe had to pay $10,000 in restitution for the cubs’ care after Las Vegas Animal Control turned them over to REXANO.

There are still warrants out for Lowe's arrest after he failed to show up in court for status checks.

"I don’t think we’ll be seeing Jeff Lowe in Las Vegas any time soon," Shoemaker said. "If he does, it would be nice to see him picked up for those warrants."

Lowe has not responded to repeated requests for comment.

In our original investigation, he called our local laws overreaching and reactionary, saying the entire system is anti-business and corrupt.

But while the city of Las Vegas investigated and cracked down on Lowe, Clark County did not.

"Clark County Animal Control, they were aware of it but seemed to show no interest because it involved the casinos. It seems to me that casinos are off limits for Animal Control," mused Shoemaker.

In the wake of all that, there are still the animals.

Once their period of money-making as photo cubs is over, they must be taken care of for a lifetime.

REXANO is now home to 10 tigers. For several of them, man’s best friend is their constant companion.

"That’s his tiger," Shoemaker said of one dog who growled as we approached the enclosure the two animals share. "Don’t mess with his tiger. That’s his girl."

While Jeff Lowe and his cubs stay away from Las Vegas to avoid the active arrest warrants, his Greater Wynnewood Exotic Animal Park in Oklahoma was shut down at the beginning of this week due to the coronavirus pandemic.