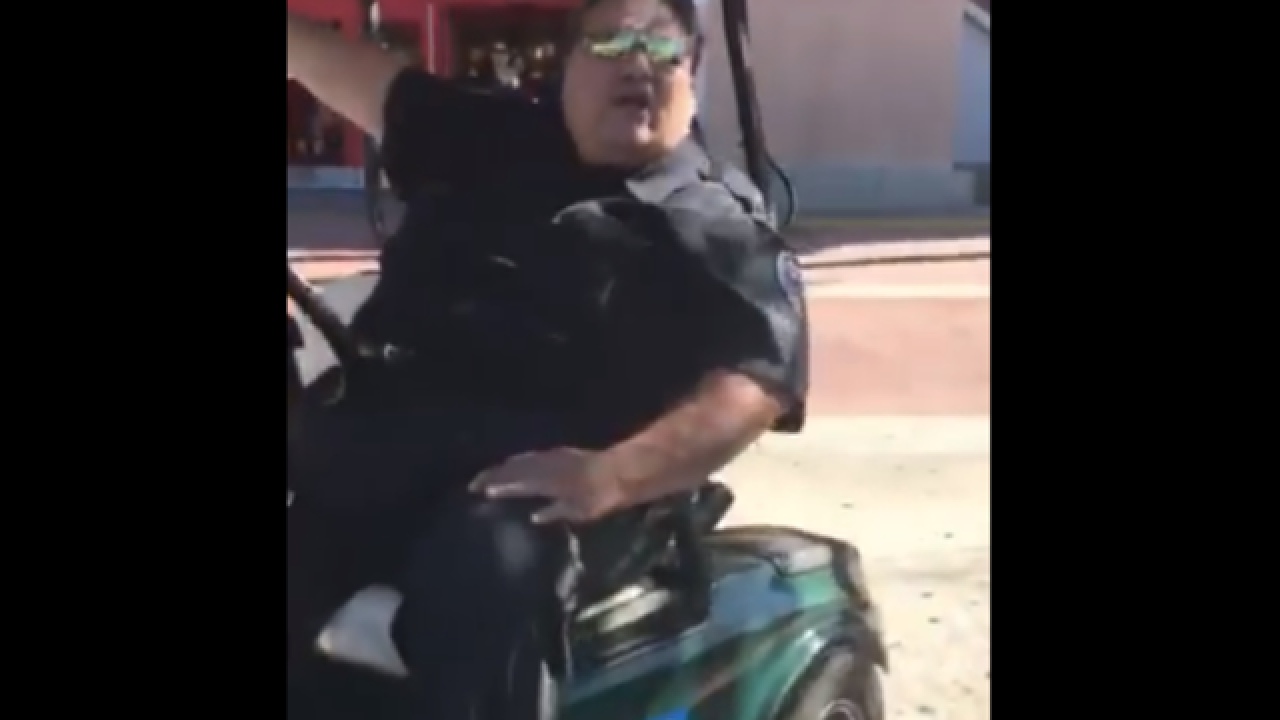 The woman who recorded and posted the video, Sonia Serrano Zavala, says the guard was asking the mother if she is here legally when she started recording.

The unidentified security guard can be heard in the video saying, "You’re illegally here and you’re having babies and you’re probably on welfare."

The woman, seen holding a baby in the parking lot, was reportedly asking for money. Midway through the video, the security guard says "it's a scam" and claims the woman has a car and a condo.

As of Sunday afternoon, the video received more than 600,000 views.

The incident took place at a Target located in the Marketplace at the Grove Shopping Center near San Deigo.