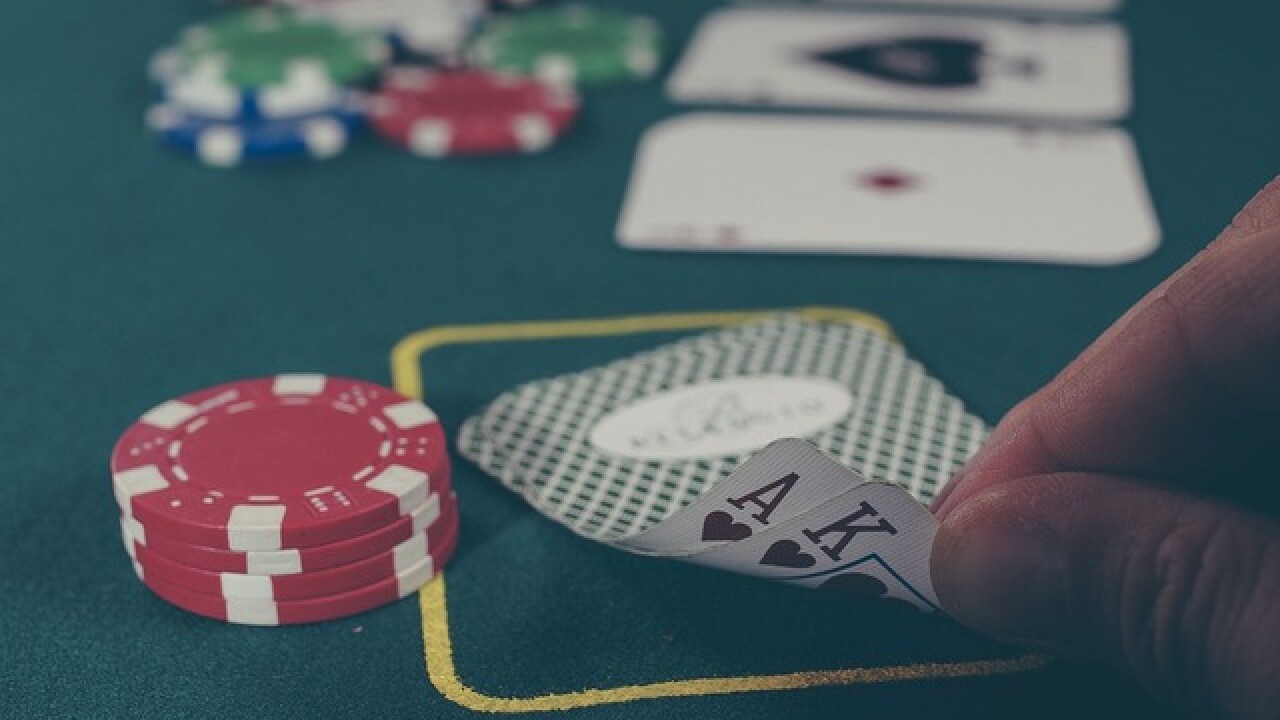 Only six players remain in the no-limit Texas Hold `em main event of the World Series of Poker in Las Vegas.

Three players busted out of the tournament's final table Thursday, while another one emerged as the leader with 156.5 million chips.

Houston resident Michael Dyer was beginning play Friday with more than double the chips of his next closest competitor. Michigan resident Nicolas Manion has over 72.2 million chips.

Each of the six men is guaranteed at least $1.8 million.

The tournament is expected to wrap up Saturday at the Rio All-Suite Hotel and Casino.