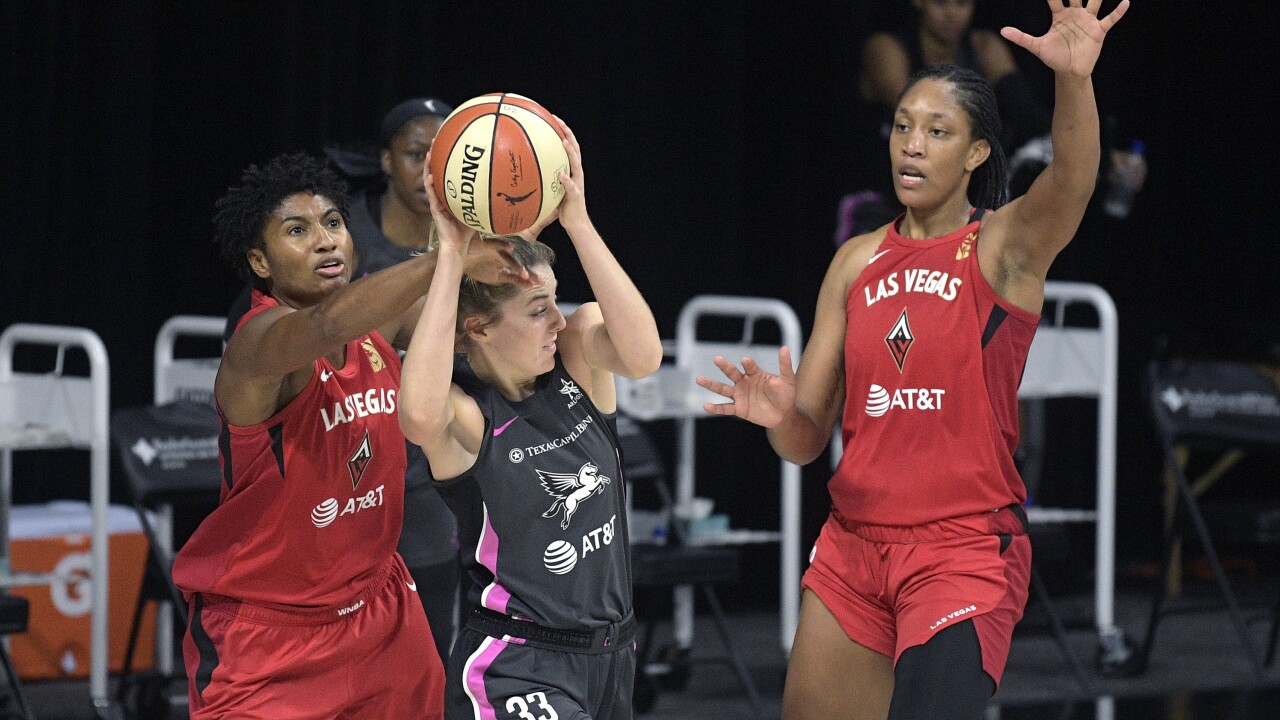 The Aces moved into first in The Associated Press WNBA power poll on Tuesday, the first time this season Las Vegas was No. 1.

Satou Sabally led Dallas with a career-high 28 points, including six in the final 16 seconds, and 11 rebounds.