Washington Nationals make it into the World Series 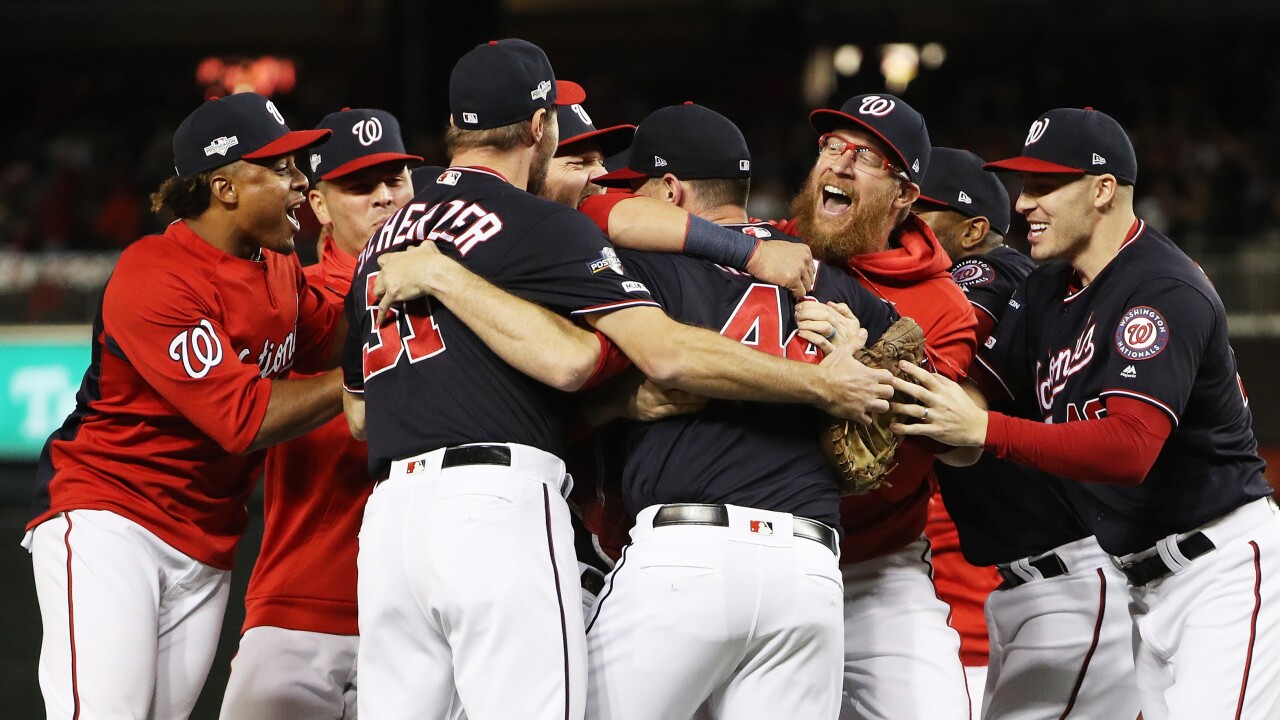 After 15 seasons, the Washington Nationals are going to the World Series for the very first time.

CNN reports, the Nats beat the St. Louis Cardinals seven to four on Tuesday night to wrap up a resounding four-game sweep and claim the title as National League champs.

Now the team will sit back and wait to see which American League team they'll face. The Houston Astros hold a 2-1 lead over the New York Yankees, so at least two more games will be played. READ FULL STORY

The win comes after Las Vegas native and baseball star Bryce Harper became a free agent and signed with the Philadelphia Phillies earlier this year.

Harper grew up in Las Vegas and attended Las Vegas High School. He appeared on the cover of Sports Illustrated at the age of 16 and was the first overall draft pick at the age of 17. He reached the majors and made the All-Stars team by the time he was 19. He is currently 26 years old.

Harper made 184 home runs for the Nationals. It was rumored that Harper might go to the Dodgers or San Francisco Giants before signing with the Phillies. Both of those teams reportedly visited Harper last week in Las Vegas.

KTNV and CNN contributed to this story.