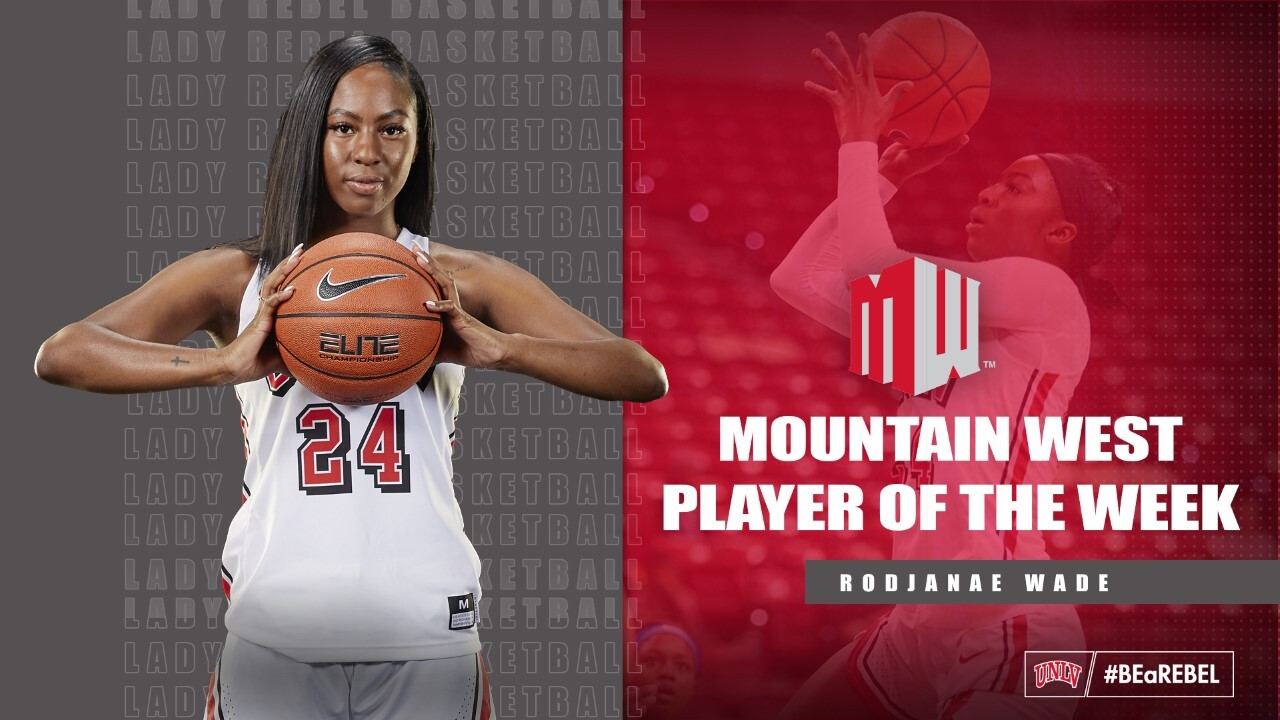 UNLV's Rodjanae Wade was named the Mountain West Women's Basketball Player of the Week Monday morning after posting back-to-back double-doubles while leading the Lady Rebels to a pair of conference road victories last week. This is the first weekly honor in Wade's career, and she is the first Lady Rebel to be named Player of the Week since Nikki Wheatley a year ago (Jan. 14, 2019).

Wade, a senior center from Fresno, California, finished the week averaging 20.5 points and 13.5 rebounds while shooting 55.6% from the floor. Her two double-doubles gives her seven on the season, which ranks first in the league and 16th in the nation. Her 41 points last week tied for the most by any player in the conference.

In UNLV's 60-46 victory at Utah State January 1, Wade posted new career-highs in points (27), rebounds (15) and field goals made (nine). She was key in helping the Lady Rebels rally from a 10-point second quarter deficit, and scored UNLV's first 11 points of the third quarter, outscoring the entire Utah State squad by herself 11-5 to put the Lady Rebels ahead 34-26.

Against Air Force, Wade poured in 14 points and added 12 rebounds in just 21 minutes of action to help the Lady Rebels to a third straight victory

NEXT TIME OUT: UNLV will play a pair of home contests this week, starting with Wednesday's School Day game against Boise State at 12 pm in the Cox Pavilion.