Next game is on Wednesday 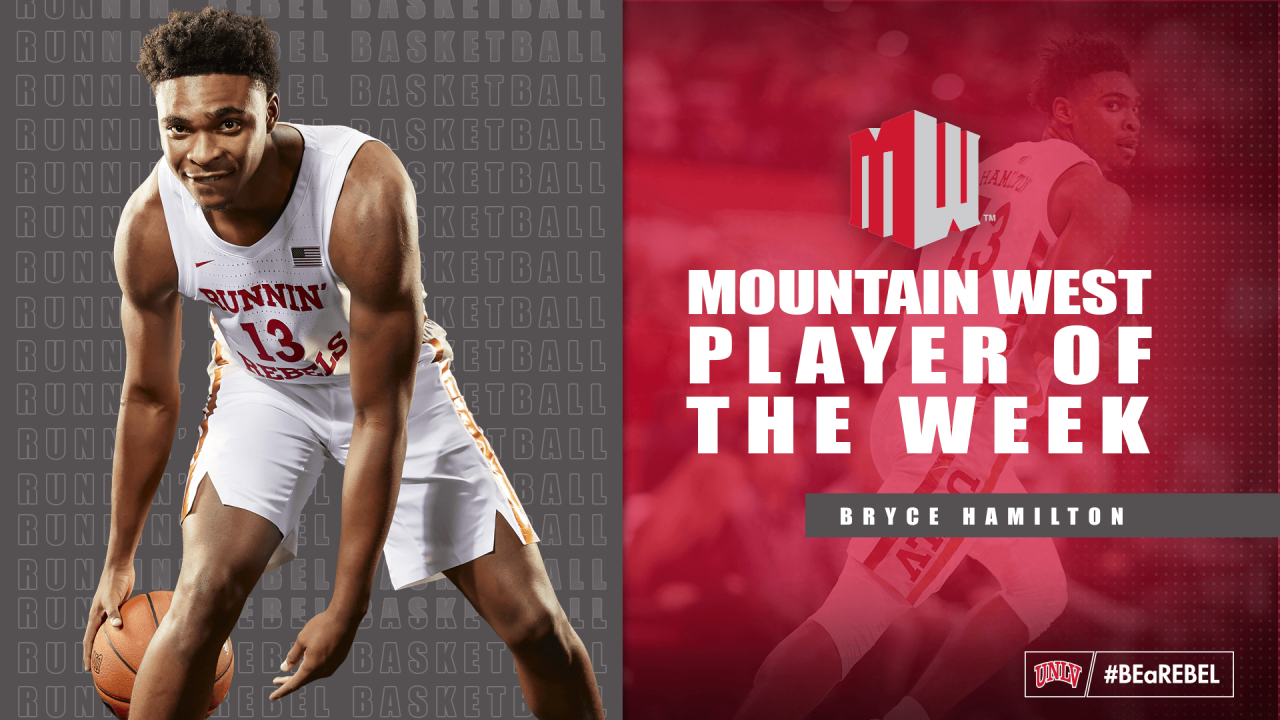 UNLV sophomore Bryce Hamilton was named Mountain West Men's Basketball Player of the Week, the league announced Monday. It is his first career weekly honor and also the first for a Runnin' Rebel player this season.

Originally from Pasadena, California, the 6-foot-4-inch guard led UNLV in scoring last week with 35 points (17.5 points per game), while shooting a blistering 78 percent from the field (15 of 19) in just 20.5 minutes per contest. He also averaged 4.5 rebounds per game.

The Runnin' Rebels have won four straight games and are 3-0 in Mountain West play for only the second time in program history. Last week, UNLV recorded home wins over Utah State (70-53) on Wednesday, Jan. 1, and Air Force (71-59) on Saturday, Jan. 4.

Against the defending Mountain West champion and unanimous preseason favorite Aggies, Hamilton scored a game-high 20 points on 9 of 11 shooting. He also collected six rebounds during his 22 minutes. He tallied 15 points on 6 of 8 from the field vs. the Falcons in 19 minute of action.