UNLV squares off against No. 4 San Diego State at Thomas and Mack Center 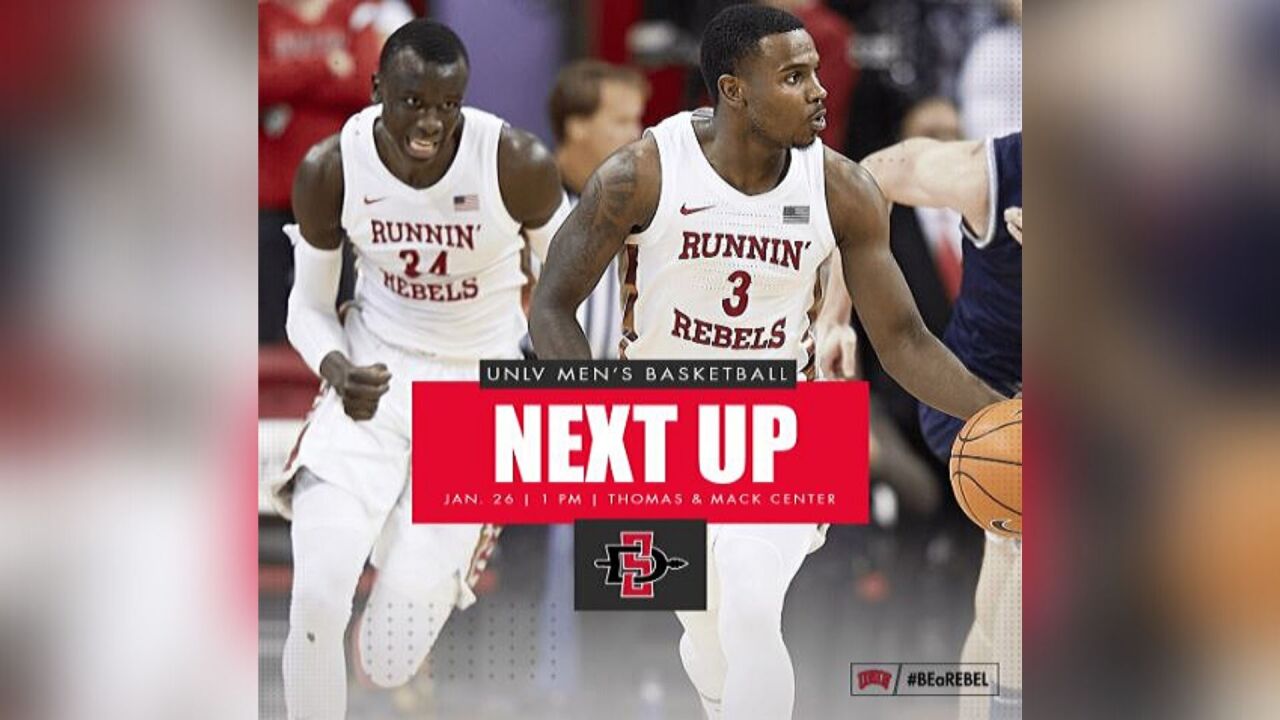 The Running' Rebels have won six straight home games, and seven of their last nine overall, as they return to the Thomas and Mack Center.

UNLV dropped its latest contest against rival UNR Wednesday night in Reno 86-72 but holds a strong 6-2 overall record within the Mountain West Conference.

The Aztecs will present another challenge for the Rebels, as they are the nation's lone unbeaten team at 20-0 and sit in first place in the Mountain West at 9-0. However, the Rebels remain a close second in the conference standings.

Sunday's game tips off at 1 p.m. with ticket prices starting at $22 when purchased in advance online.

A Runnin' Rebel Fest will also be held before the game near coach Tarkanian's statue. This event is free and will feature food, drinks, entertainment, and tailgate games.

UNLV representatives said fans will be able to win a Hey Reb bobblehead between the beginning of the festival and halftime of the game as a code will be announced at the Runnin' Rebel Fest.

More information about the game and ticket options are available here.