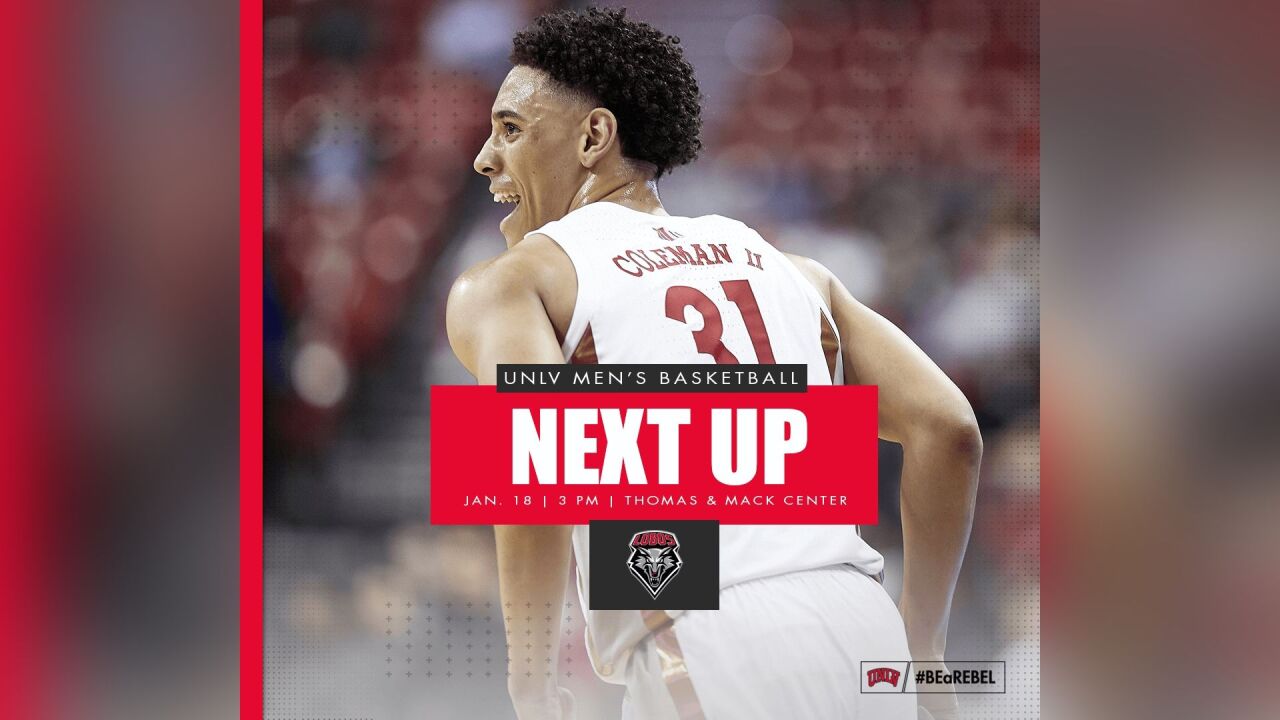 LAS VEGAS (KTNV) — The Runnin' Rebels look to stay hot Saturday as they face the Lobos at the Thomas and Mack Center.

The UNLV men's basketball team has won six of its last seven games and have started Mountain West play 5-1.

Now, they will face a big test with visiting New Mexico (15-4, 4-2 MW), who UNLV just passed in the Mountain West standings.

The Rebels (10-9, 5-1) have won five straight at the Thomas and Mack Center with Saturday's 3 p.m. game is expected to be a blackout - as all fans have been encouraged to wear black.

The Lobos are led by redshirt-senior JaQuan Lyle, who averages 16.9 points per game on the season and 18.7 in conference play.

New Mexico is in its third year under head coach Paul Weir.

UNLV representatives said 250 fans in attendance on Saturday will win a black UNLV jersey, and the athletics department is offering a "Break Game" special as students are still on winter break.

A four-pack of tickets are priced at $64 in the lower bowl, according to a team spokesperson. Overall, tickets start at $16 if purchased at least a day in advance here.

Saturday's game will be televised nationally by CBS Sports Network and on ESPN Radio 1100 in Las Vegas.