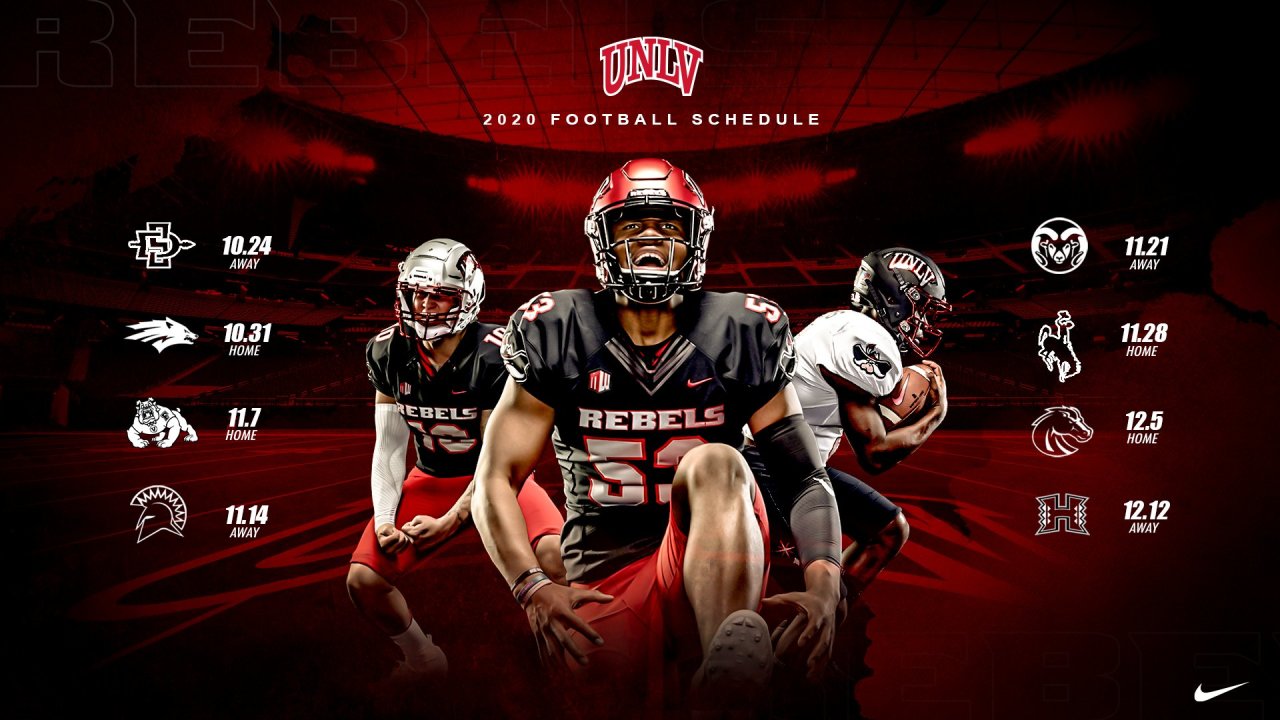 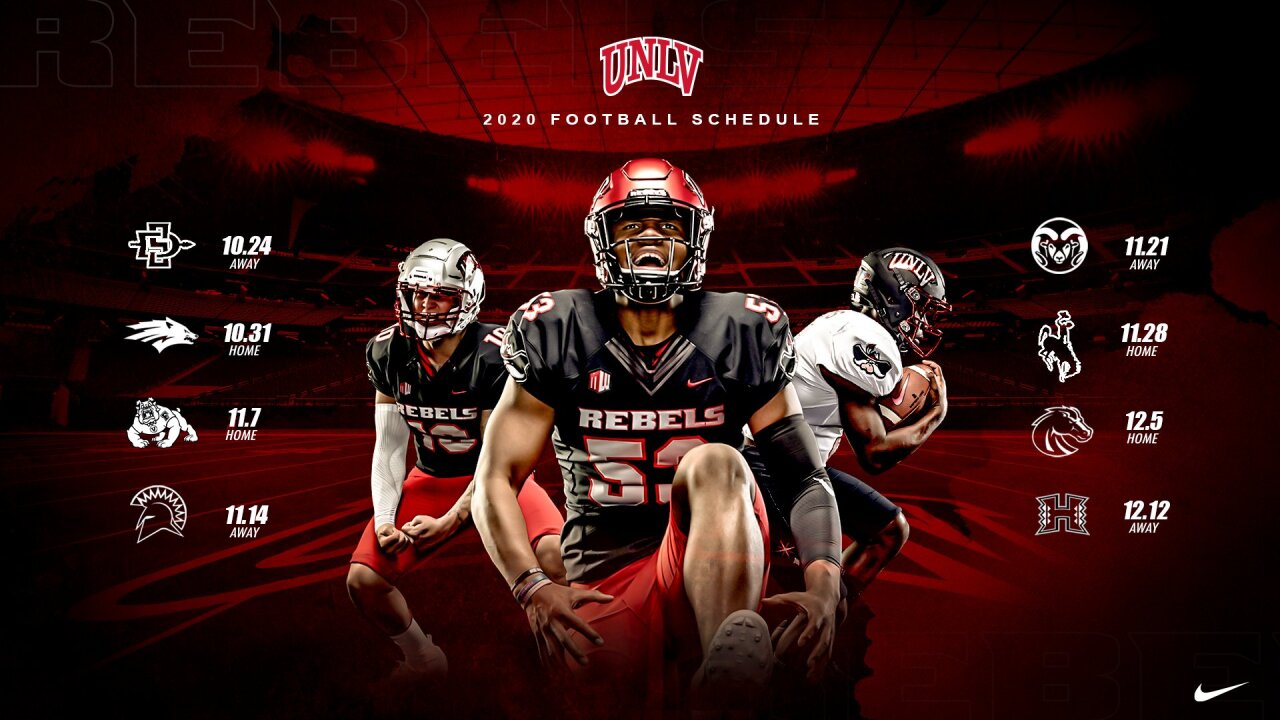 A couple of UNLV football games have also been moved to a Friday as the Mountain West announced selections by its network television partners on Tuesday.

The home game against Wyoming will now be on Nov. 27 at a time to be determined with Boise State facing the Rebels the following Friday, Dec. 4 at 6:30 p.m. local time.

The Rebels move into their new home at Allegiant Stadium this fall.

Seven of UNLV’s eight games will appear on national television, starting with the Oct. 24 season-opener vs. San Diego State in Carson, Calif., kicking off at 7:30 p.m. on the CBS Sports Network.

The season opener is the first of three Rebel games picked up by CBS Sports Network that will include a game against Fresno State and Boise State.

Time and television information for the final regular-season game at Hawai’i on Dec. 12, is still to be determined as of Tuesday.

The Mountain West Football Championship will be played Dec. 19 and hosted by the institution with the highest winning percentage in conference games. The title game will be broadcast on FOX or FS1.

UNLV Athletics says it has developed a plan to allow for a limited number of fans to attend home games amid the pandemic, pending approval from the Southern Nevada Health District and the state's Department of Business and Industry.

Fans who are not already season ticket holders and are interested in UNLV football tickets are encouraged to fill out this ticket interest form.