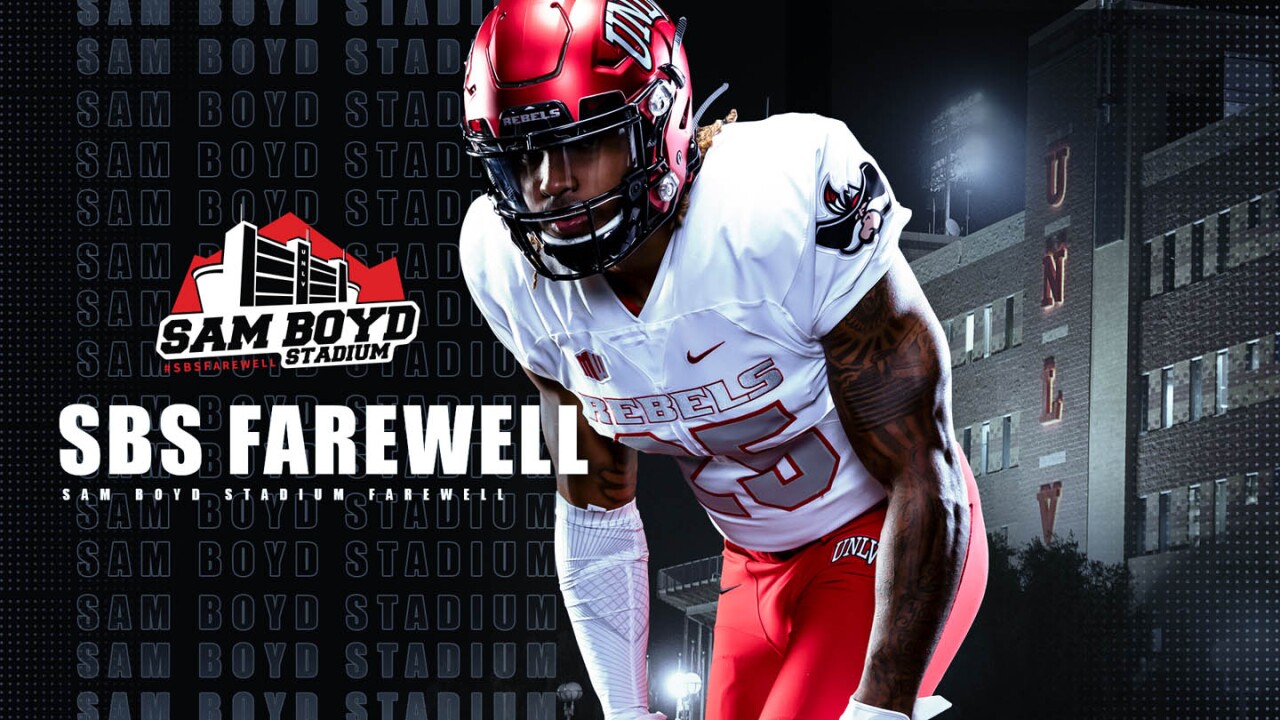 The Sam Boyd Stadium Farewell campaign, which features a new logo and the hashtag #SBSFarewell, has been launched to help Rebel football fans unite around the 49th and final season of their off-campus home that opened in 1971.

The athletics department at UNLV plans to celebrate the stadium’s history during the final six home games before the football program moves to Las Vegas Stadium in 2020 .

Fans are being encouraged to use #SBSFarewell in their social media posts to share photos and memories of games played at Sam Boyd Stadium.

As part of the celebration, season ticket holders will receive a commemorative mini-replica of Sam Boyd Stadium (one per account).

Each of the six home games at Sam Boyd Stadium in 2019 will commemorate a specific decade, beginning with the 1970s during the August 31 home opener vs. Southern Utah.

A guest former Rebel great will represent all the players from their decade while serving as honorary captain during the pregame coin toss.

Special T-shirt giveaways will feature a decade-specific design for the first five games while the final home contest on Nov. 23 vs. San Jose State will feature a commemorative coin giveaway and an invitation to all former UNLV football players and staff to return to the stadium one last time to say goodbye.

Season tickets, starting as low as $99, are available now and as part of UNLV’s Faithful Fan Pricing initiative, fans purchasing season tickets this year may purchase season tickets for the same per-game price in the new Las Vegas Stadium opening in 2020.