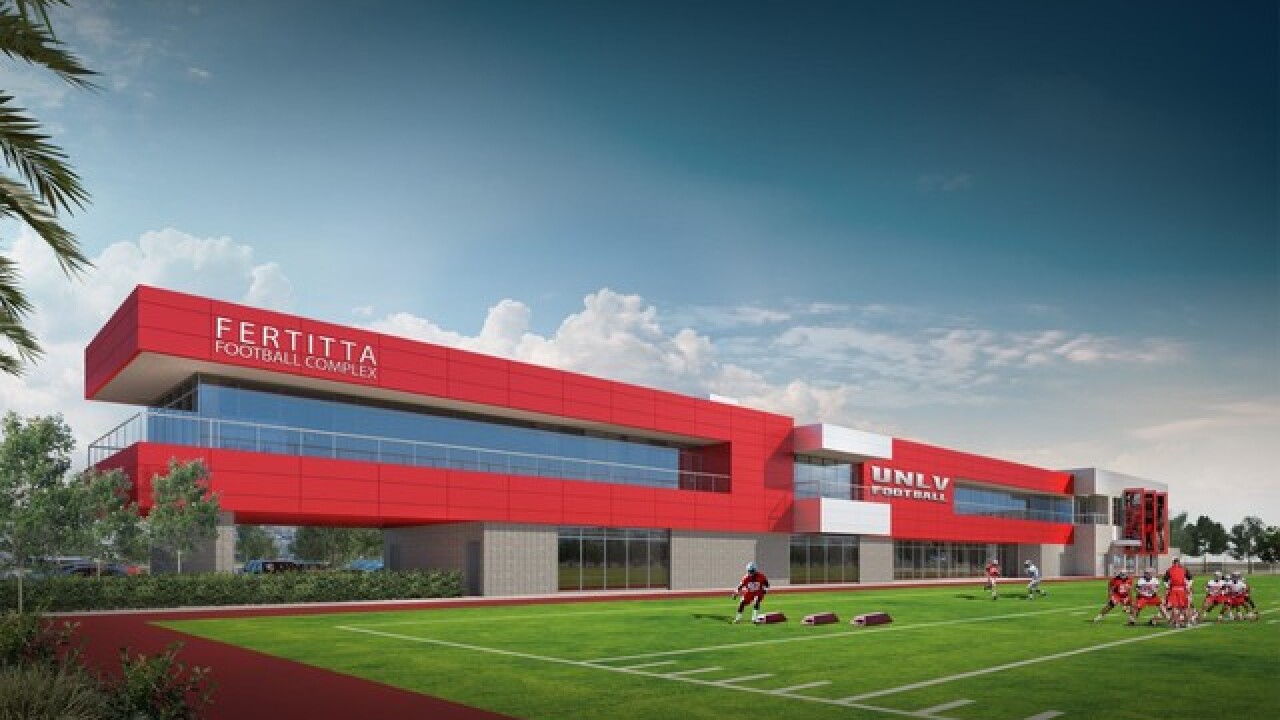 UNLV Athletics announced Thursday that Aldo and Dawn Madrigrano will donate $1 million toward the new home of Rebel Football, the Fertitta Football Complex.

More than $23 million has been committed to the project since it was announced in 2016. The building, which will cost approximately $28 million, will open in early 2019 after the university celebrated with a groundbreaking ceremony last month.

UNLV Athletics announced the largest single gift in its history in September 2016, as the Fertitta Family pledged $10 million toward the facility.

The 73,000-square-foot, two-level complex will be built on campus in the north end of the team’s practice area and will overlook the Ernie Becker Sr. Football Fields at Bill “Wildcat” Morris Rebel Park. The Fertitta Football Complex will be the day-to-day home of the football program and include an academic center, locker rooms, offices, meeting rooms, strength & conditioning center, media room, training table and nutrition bar, athletic training center and player lounge.