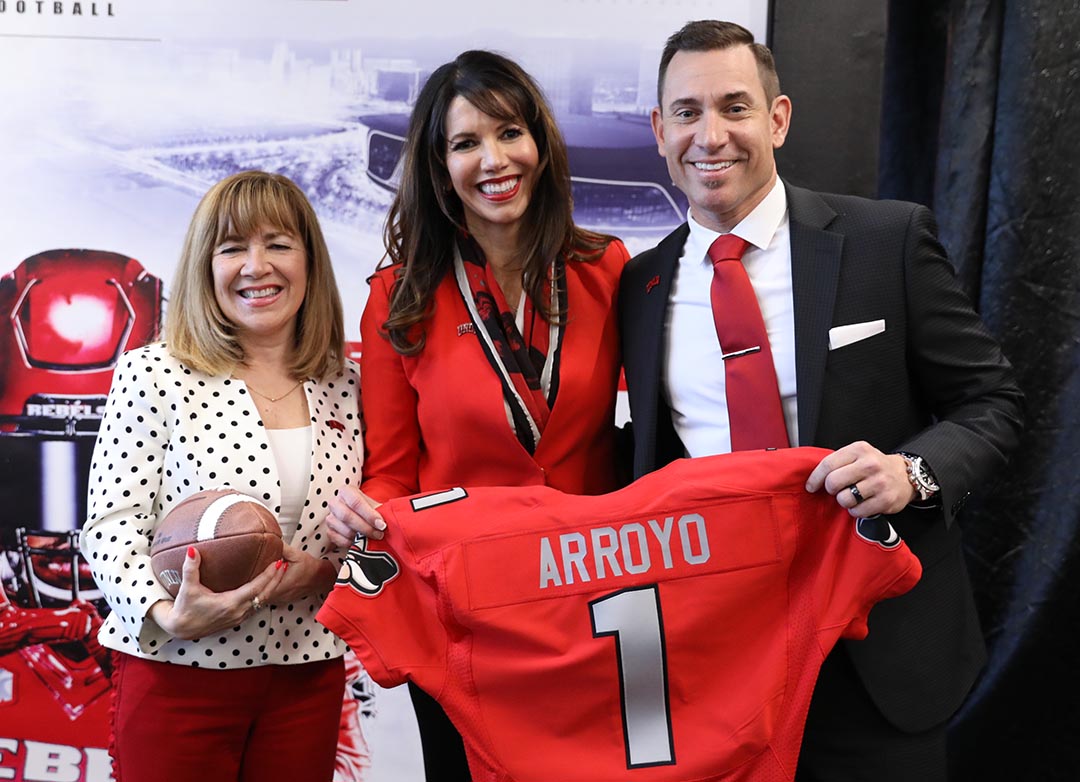 A new chapter for UNLV football is set to begin. The school formally introduced the program’s 12th head coach Marcus Arroyo to the community. He’s taking over the Rebels after winning the PAC-12 championship with Oregon. Jeremy Chen reports. 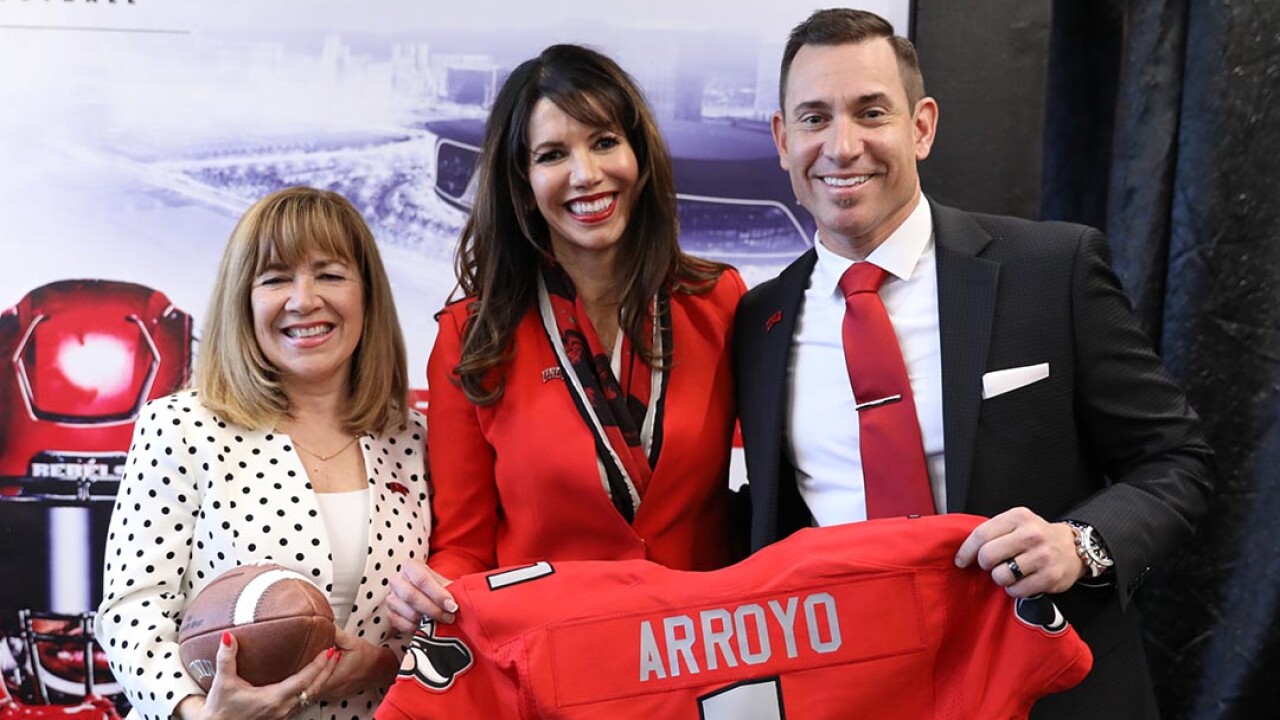 LAS VEGAS (KTNV) — A new chapter for UNLV football is set to begin. The school formally introduced the program’s 12th head coach Marcus Arroyo to the community. He’s taking over the Rebels after winning the PAC-12 championship with Oregon.

The sounds of UNLV’s fight song welcome new head coach Marcus Arroyo, the man who’s leading Rebel’s football into the next decade. Arroyo brimmed with confidence while making his introduction.

“Rebel Nation we will win. We will recruit at a really high level. The goal is to compete for championships. We’ll block out the naysayers,” he said.

The new coach signed a five-year deal worth more than seven and a half million dollars, a financial investment the school says got the man they wanted.

“The more conversations he and I had, face to face on the phone. He felt right. He had the character, the competence, and the temperament to lead,” UNLV athletic director Desiree Reed-Francois, said.

Arroyo comes in with football pedigree, after working as the offensive coordinator for the Oregon Ducks, leading them to a PAC-12 championship this year. He says he’s ready to tackle this new challenge, as the draw of Allegiant Stadium and the brand-new football complex takes shape.

“They’ve taken every step. The investment is here, and the right people are in place. We’ll go out and recruit our tails off and recruit the players that are here and put our best foot forward,” Arroyo said.

He says on-field success will be a main focus but believes in shaping student-athletes while doing so.

“A pivotal part of what we do as leaders and mentors for these young men is giving them the chance to step out in the world and be successful. The classroom will not be something we’ll be shying away from” Arroyo said.

Coach Arroyo won’t immediately take over the Rebels quite yet, as he’ll be first coaching the Rose Bowl with Oregon.