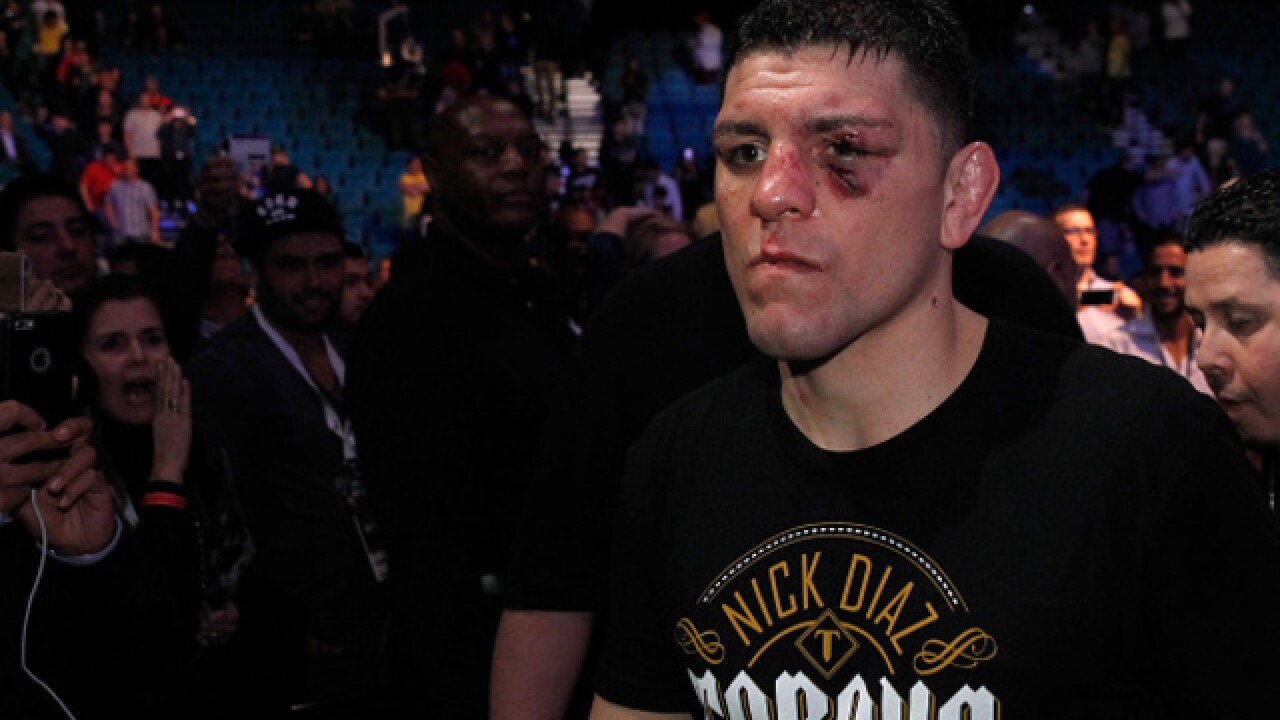 Former UFC welterweight title contender Nick Diaz was arrested today, May 25, for an alleged domestic violence incident, according to MMAJunkie.

A person with knowledge of the case told MMAjunkie that 12 units were dispatched to the scene, the alleged female victim was transported to a local hospital, and Diaz was combative with officers during his arrest."

Diaz hasn't fought since Jan. 2015 due to a failed drug test for marijuana his fight against Anderson Silva. Diaz recently served a 12-month suspension for that violation but has yet to announce whether he planned to fight in the UFC again.