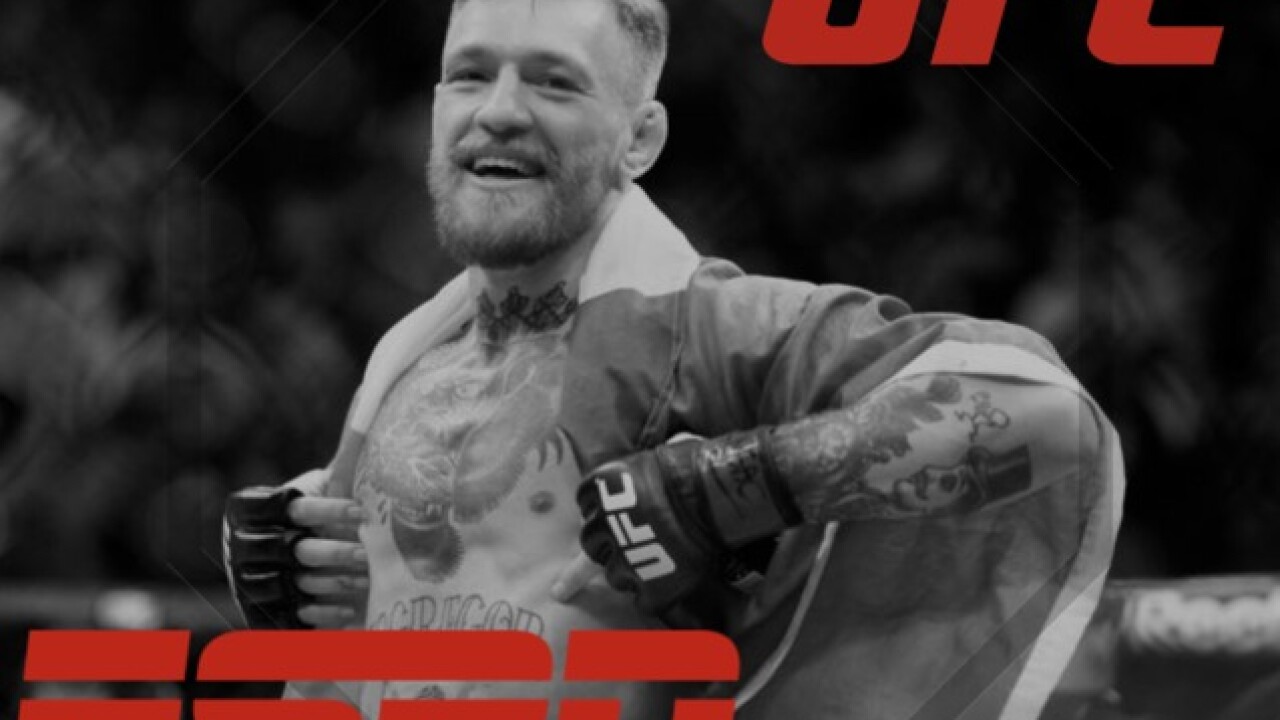 UPDATE MAY 23: Just a few weeks after the UFC signed a deal to broadcast 15 live events on the newly created ESPN+ platform, the company has announced that they've agreed to make ESPN their exclusive television home.

Starting in January 2019, ESPN+ and ESPN will showcase 42 live events, 30 of which will feature a full card of 12 UFC bouts and the others serving as the preliminary fights for the brands monthly PPVs.

"ESPN’s unparalleled multimedia platform is the perfect home for the UFC and will deliver tremendous value to both parties," said Jimmy Pitaro, ESPN President and Co-Chairman, Disney Media Networks. "UFC fans are passionate and loyal and we plan to bring the full power of ESPN’s live coverage, powerful storytelling and unmatched distribution to serve them in an unprecedented fashion. We can’t wait to get started."

As you can imagine, UFC President Dana White is extremely excited about the partnership and sees the UFC growing to new levels on ESPN's platform.

"Every year for the last 18 years, we have taken this sport and brand to another level. We find innovative ways to promote our athletes and build stars," said White. "Today is another monumental day for UFC, our athletes, and our fans. We are now part of the ESPN family, recognized around the world as the pinnacle in sports broadcasting. I am very excited for this next chapter for UFC."

ESPN and ESPN+ will also feature a variety of UFC content across their television and digital platforms. Former MMAFighting.com reporter Ariel Helwani has joined ESPN and will team with ex-UFC bad boy Chael Sonnen for a weekly MMA-themed talk show.

Fans can also expect to see shows like "Dana White's Tuesday Night Fights" featured on ESPN. No word on whether The Ultimate Fighter reality show will make the jump to ESPN or if their upcoming season will be the show's finale.

ORIGINAL STORY (AP): UFC and the Walt Disney Co. have reached an agreement for live fight coverage on its new subscription streaming service beginning in January 2019.

The agreement announced Tuesday calls for 15 live UFC events to stream exclusively on ESPN Plus. Each event will be called "UFC on ESPN Plus Fight Night" and will feature 12 bouts.

UFC has had a broadcast agreement with Fox that started in 2011 and expires at the end of this year. A UFC spokesman said discussions are being held with Fox about having fights on its main network or FS1.