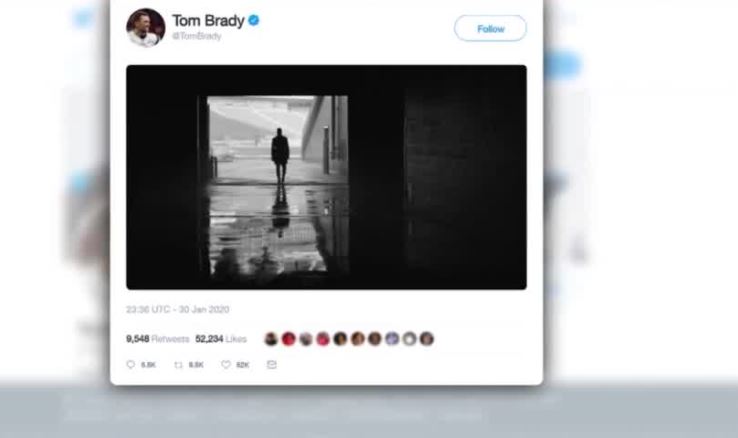 Tom Brady's mysterious tweet last week that caused a lot of speculation has been explained. It was for a Hulu ad during the Super Bowl on Feb. 2.

(KTNV) — Tom Brady's mysterious tweet last week caused rampant speculation on social media. Many people believed it was a clue to his future.

It was (mostly) explained last night during the Super Bowl.

I have an important announcement #ad pic.twitter.com/58KD1jmaC3

It turns out it was an ad for the subscription streaming service Hulu and he was saying goodbye to TV. However, the advertisement did contain this cryptic line: "But me? I'm not going anywhere."

Brady, 42, has spent his entire career with the New England Patriots. He will become a free agent for the first time in his career on March 18.

According to an article published by ESPN on Feb. 2, the Las Vegas Raiders are poised to pursue the famous quarterback.

The NFL has said that the Patriots want to keep Brady and will pay him more than $30 million per year to do so.